Why I’m Buying the Playstation 4

This is one part of a two-part feature on why we’re buying either of the next-gen consoles. You can check out our article for the Xbox One here.

With the release of the next generation just a month away, the time to decide which side to take is just around the corner. Will you go Microsoft or Sony? Or even both? So here’s a quick list of why I will be buying the Playstation 4 first:

I have only been a subscriber for PS+ for less than a year and yet the perks and freebies have already given me my money’s worth. For the price of just one game, $49.99, you get a one year subscription. Just to name a few, I have already received titles for the PS3 such as, XCOM: Enemy Unknown, Hitman: Absolution, Sleeping Dogs, Battlefield 3, Saints Row: The Third, Deus Ex: Human Revolution,  infamous 2, and many, many more, ALL FOR FREE. That alone makes the price of admission worthwhile.

PS+ also gets you early access, exclusive demos, and discounts for hundreds of games, add-ons, DLC and PSN avatars and themes. Sony has even announced that your PSN account will carry over to the new PS4 system and so will all your PS+ perks and games (as long as they are compatible with the PS4). All PS+ subscribers will get a free game on Day 1 of the PS4, Drive Club. 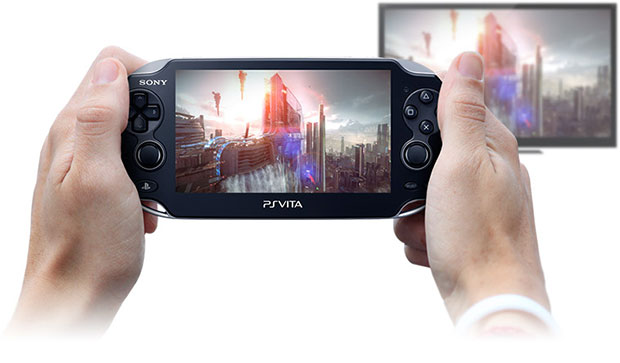 One of the things I’m most excited about with the PS4 is the universal support of remote play. Having the ability to play your PS4 while in another room with another TV hooked up to a PS Vita TV or even continue your play session on the go with your PS Vita is just amazing. This is basically you using the Vita devices as streaming mechanisms, leaving all computing power to the PS4 and just basically receiving a “video feed” through your Vita device. As an early purchaser of the PS Vita, it’s not the hardware that has let me down but the software. Having remote play would increase my playtime on my Vita dramatically.

Sony has partnered with uStream and Twitch.TV, making the streaming support for your games built into the system itself. For players who stream games constantly, this is a godsend. You no longer need a separate streaming device and now you can just stream with a press of a button. Having that share button also gives the PS4 user less to think about. Like me, I currently need a separate device to record all my play sessions. The PS4 automatically records the last few minutes of gameplay and all you have to do is press the “Share” button on your controller to upload this footage for all your friends to see.

The PS4 also has built in Facebook and Twitter functionality. This allows you to post updates, videos and screenshots about the game you’re currently playing. This even gives the ability for you or your friends to join each other’s play session with just a click of a button. Having trouble with a certain boss? Post it on your social feed and hopefully one of your online friends see it and instantly drop into your game to give you a hand!

I despise motion controls. It’s a fad that needs to die and something the hardcore gaming community doesn’t need.  Sure the XBOX One has some fancy motion controls on its interface, and it comes bundled with Kinect, but it does come at a price, an extra $100. The fact that the PS4 does NOT come bundled with it made it not only cheaper, but also dropped the price enough to entice millions of gamers everywhere.

Indie games are here to stay. Games like Bastion, Limbo, Fez, Minecraft and Castle Crashers have taken the world by storm and all of them, developed by a small indie studio. Sony and Microsoft have both expressed their support for indie games, but Sony, in my opinion, has much better titles and has shown much more support. Sony is also giving indie titles the ability to self-publish on PSN giving more opportunities for more great games to be made.

Have I swayed you towards the Sony side of the fence? These are just a few reasons why I will be buying the PS4 first. But what’s the harm of having both? The next generation is upon us and it is looking to be a great one. You better make your decision soon; you have one month left, and counting.

Editor’s Note: We hope this article has helped you in your decision. You can also check out our article for the Xbox One here.