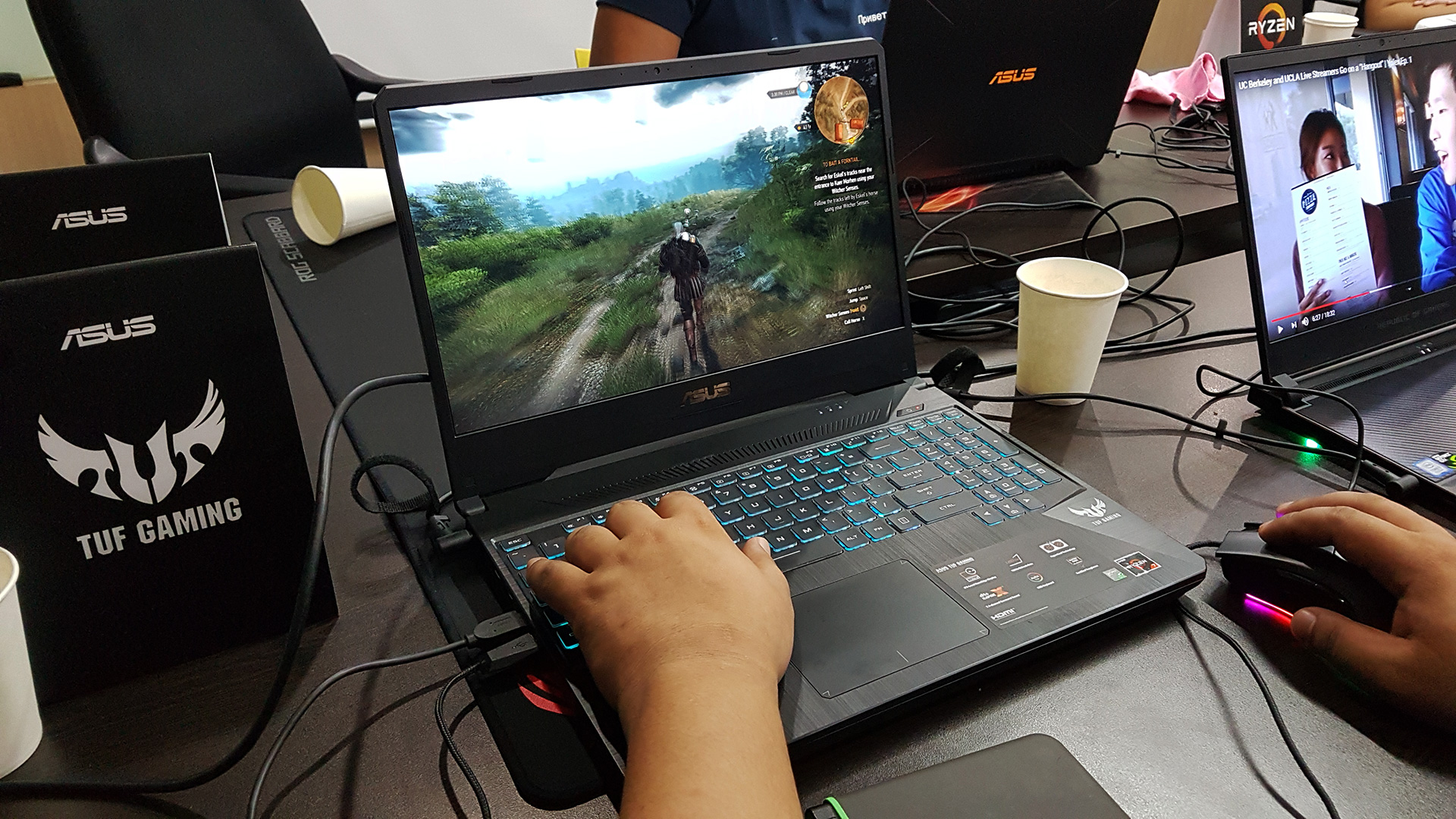 ASUS recently announced a whole range of new gaming laptops that will be released in the next few months. Two of those new laptops, the TUF Gaming FX505DU and FX705DU, are set to come out later this month with a pre-order promotion running until later this week. We were able to get some hands-on time with the smaller FX505DU a few days ago. Here are our first impressions and initial benchmarks.

The FX505DU keeps the same design as the previously released FX505DY from several months ago, particularly the Gold Steel variant with the metal cover. It still features the same mostly plastic chassis that the company says has passed military-grade MIL-STD-810G durability tests.

In spite of its mostly plastic body though, the FX505DU’s chassis felt pretty robust and the aluminum cover helped the top lid feel more stable and flex less than a completely plastic lid. 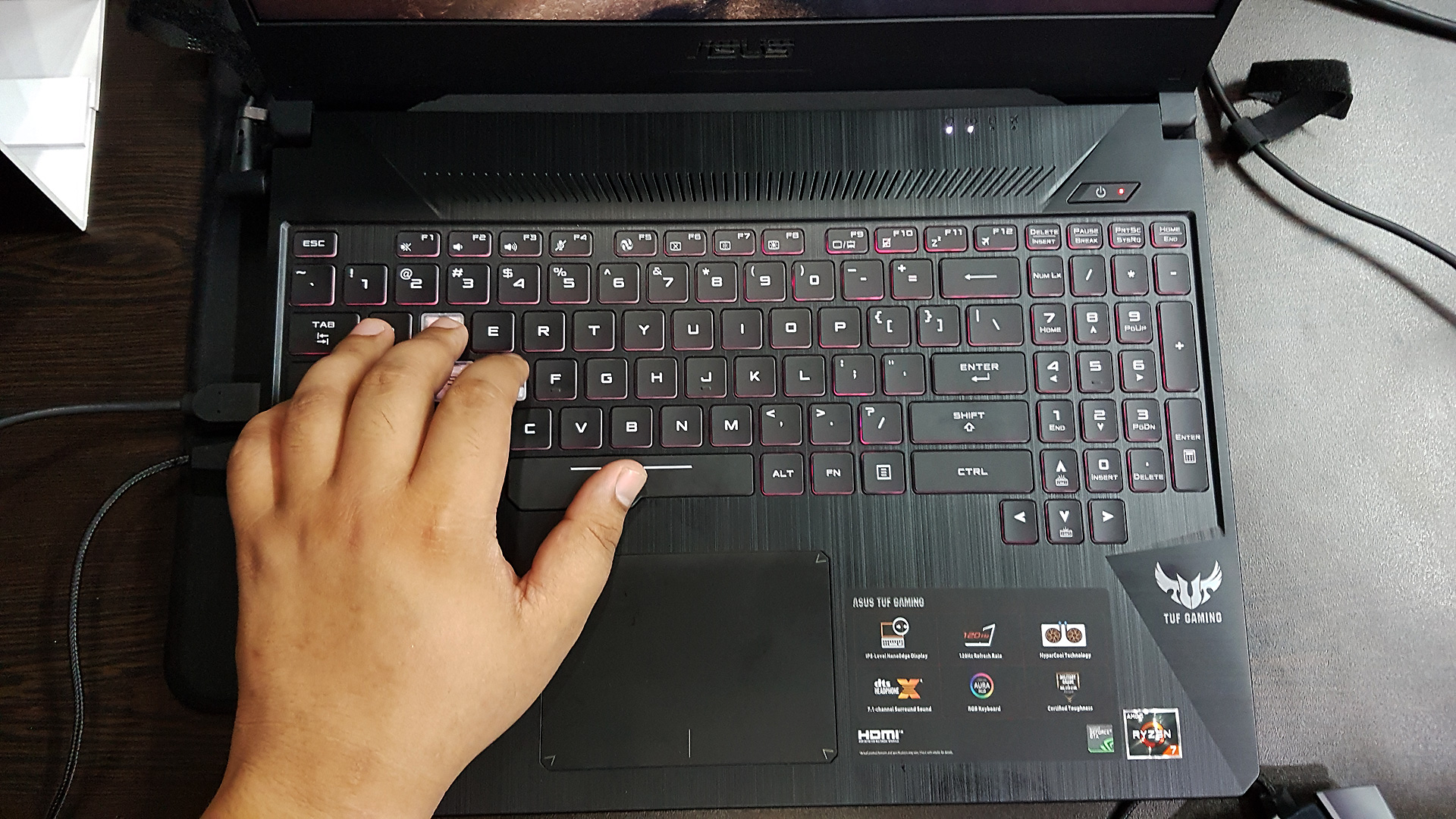 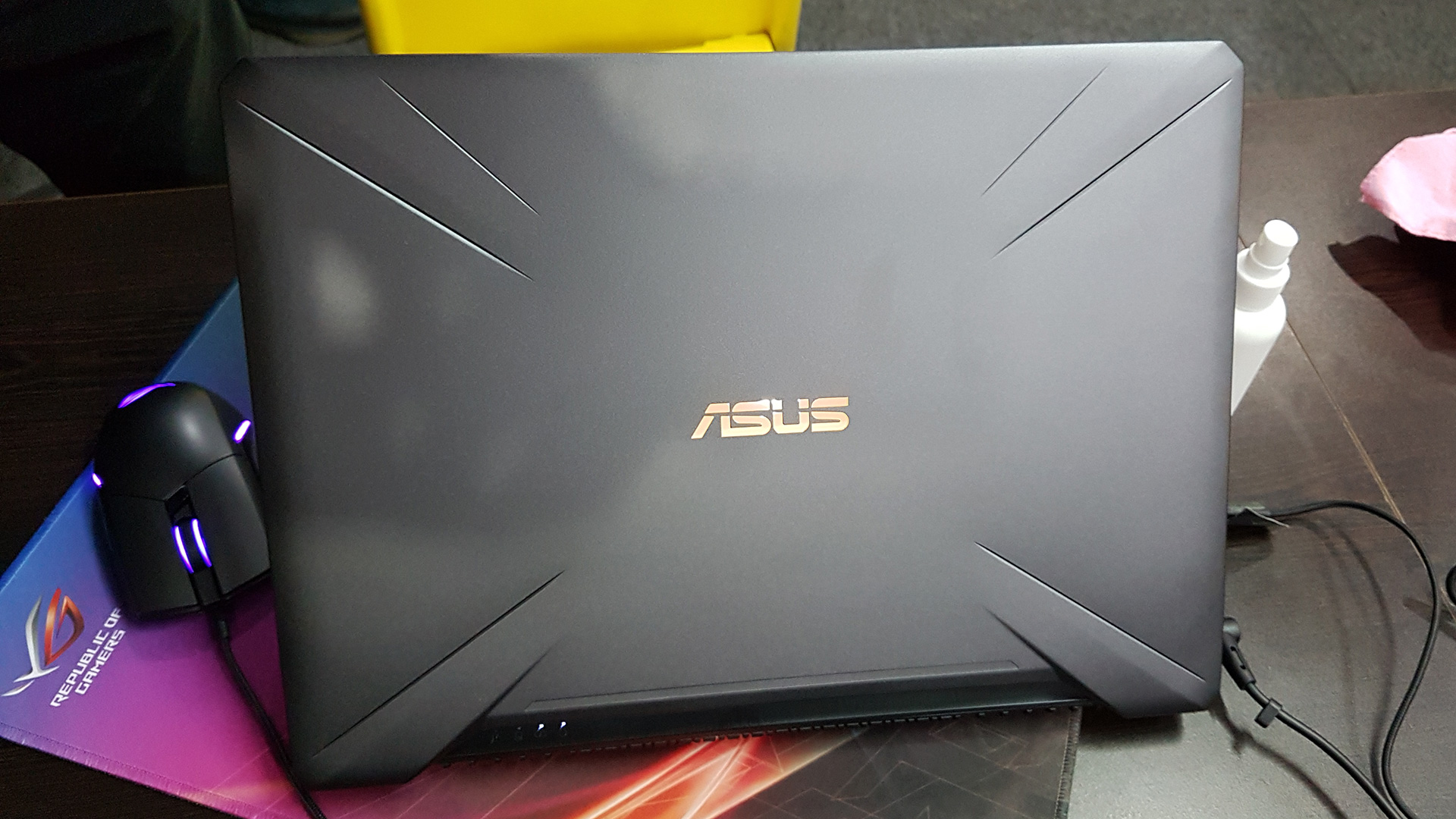 All of the ports of the FX505DU are located on its left side, including its power adapter port, RJ45 LAN port, HDMI 2.0 port, one USB 2.0 port, two USB 3.1 Gen 1 ports, and combo audio jack. The right side of the laptop only features a cooling vent as well as a Kensington lock. 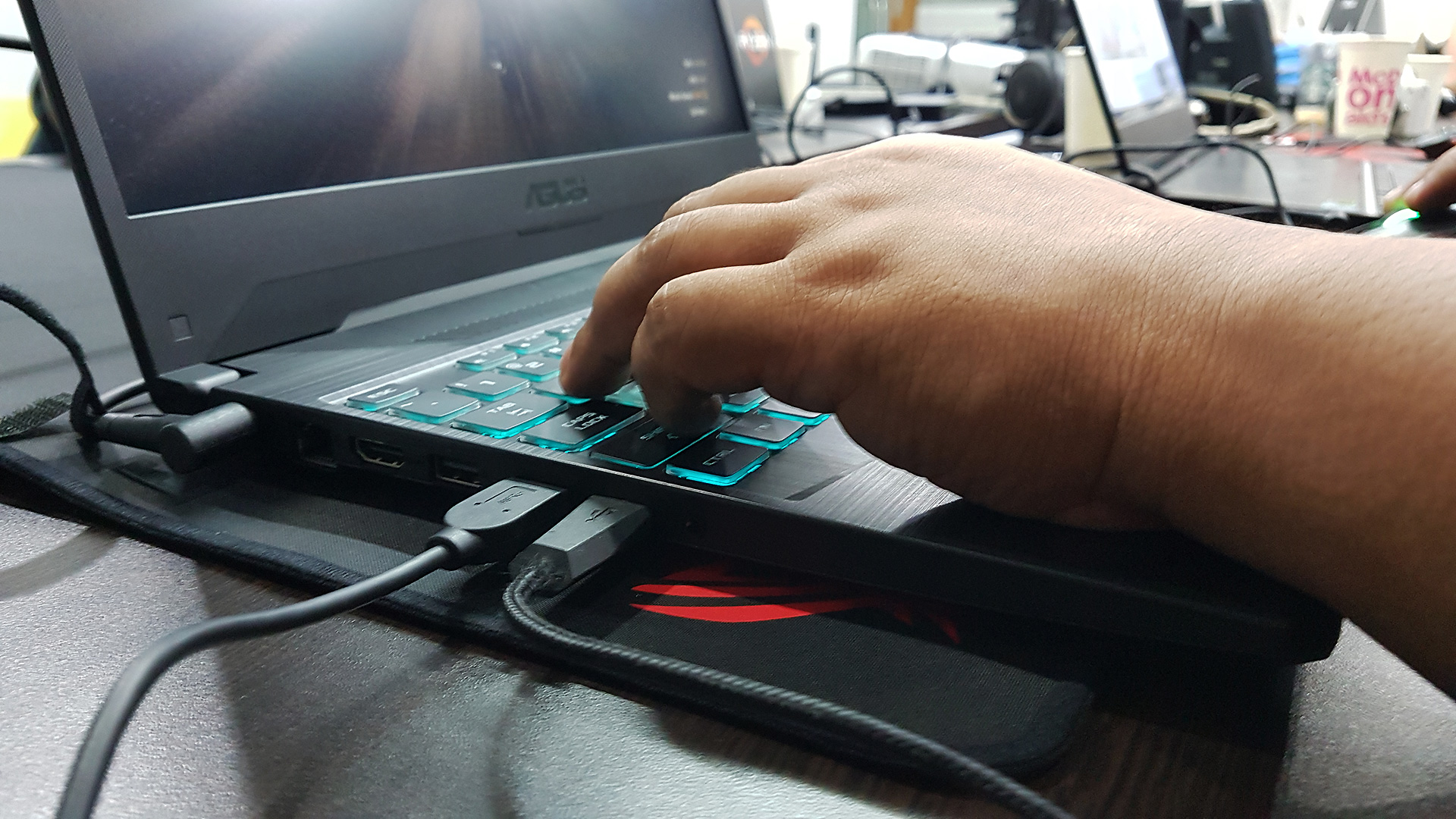 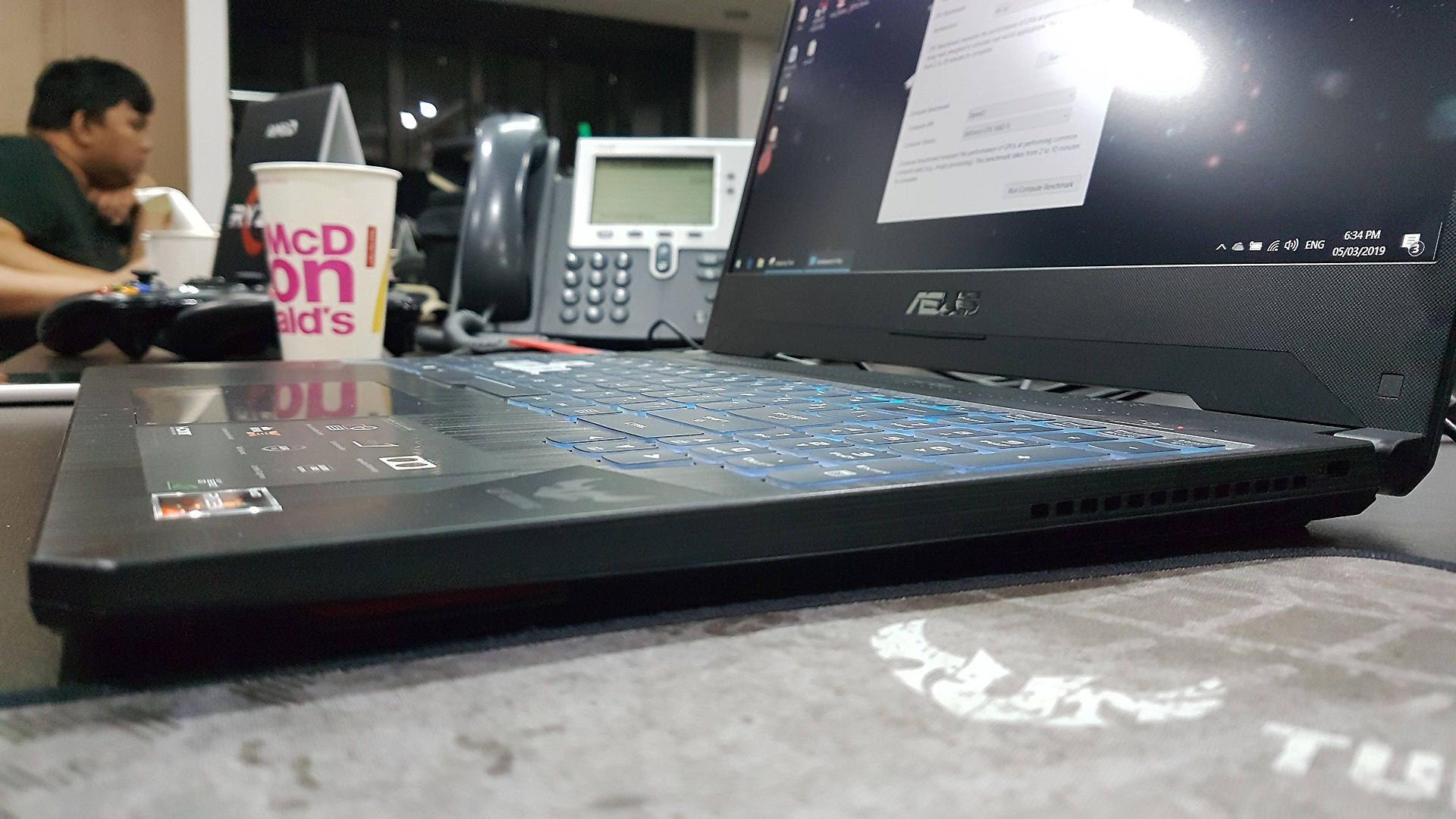 We ran a few simple benchmarks on the FX505DU just to give us a glimpse of its performance, including Cinebench R15, PCMark 10, 3DMark, and the built-in benchmark tool of Assassin’s Creed Odyssey. We were pretty impressed with most of the results of our benchmarks, given the price of the FX505DU as it was able to come close to other laptops at double the price.

We are a bit concerned with the results of our Cinebench R15 test in particular as it came out surprisingly low in spite of the FX505DU’s Ryzen 3750H processor. But we’ll have to conduct further tests to really ascertain the performance of the processor. We’ve included the screenshots of our benchmark results below for reference. 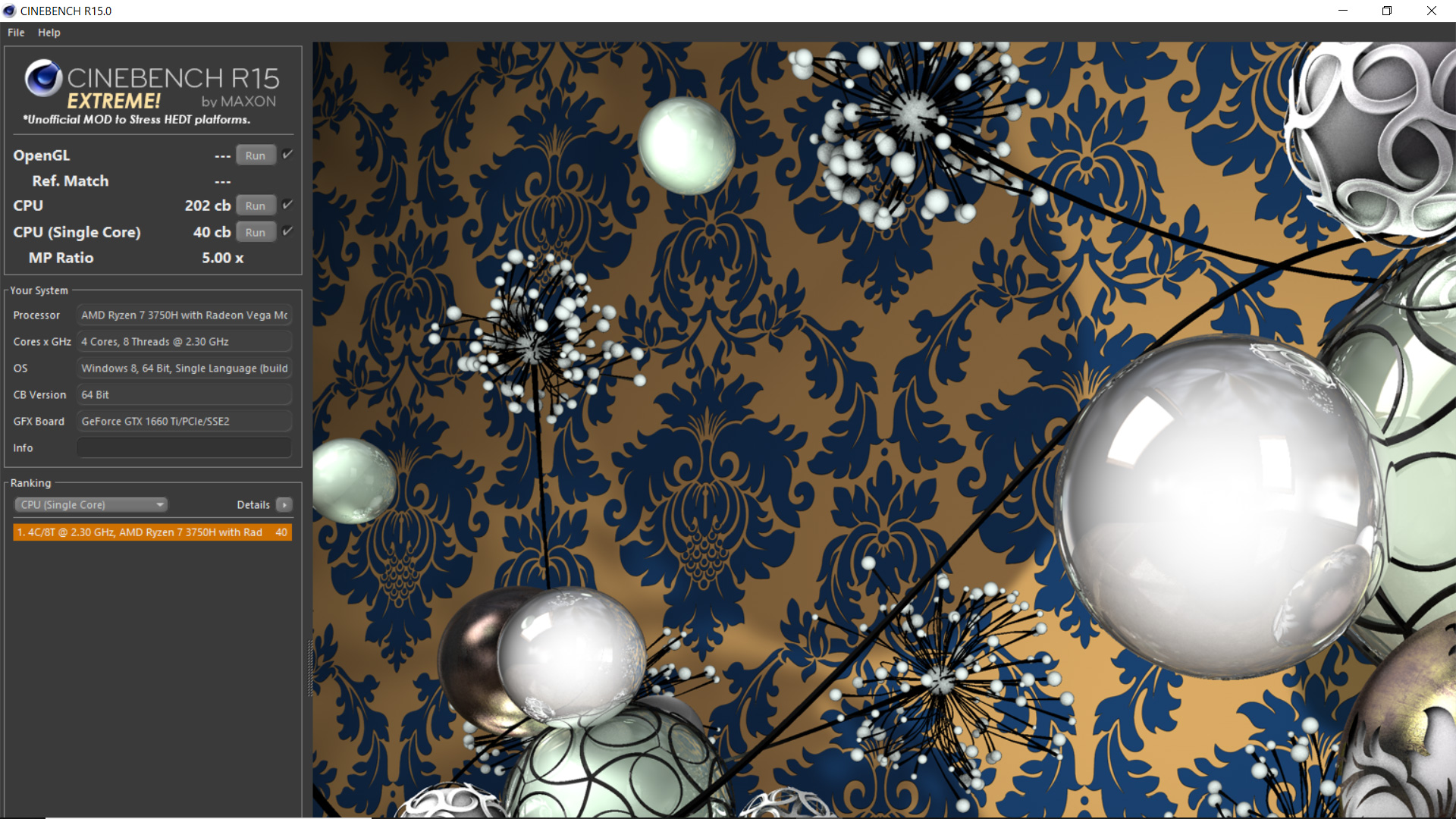 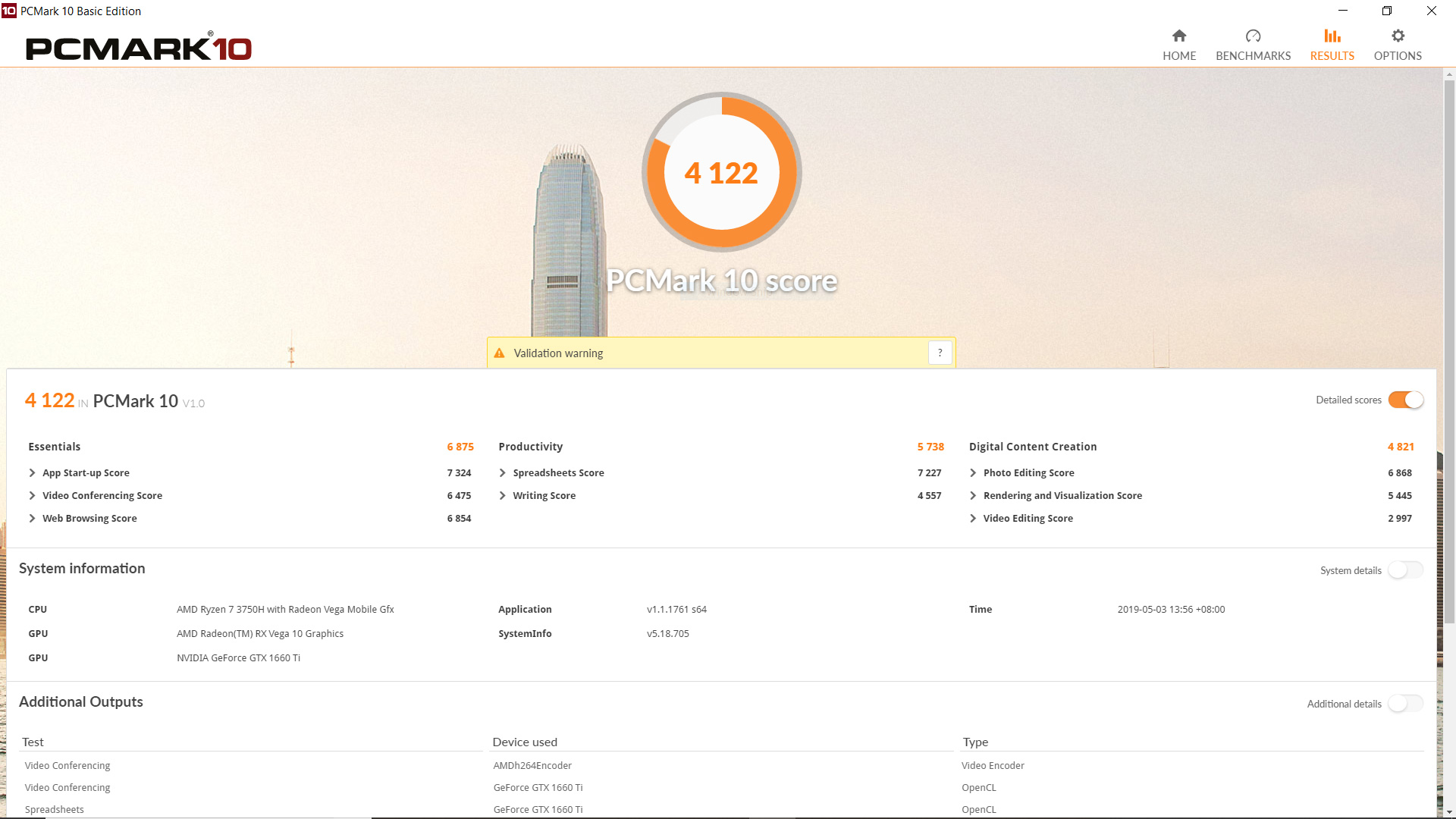 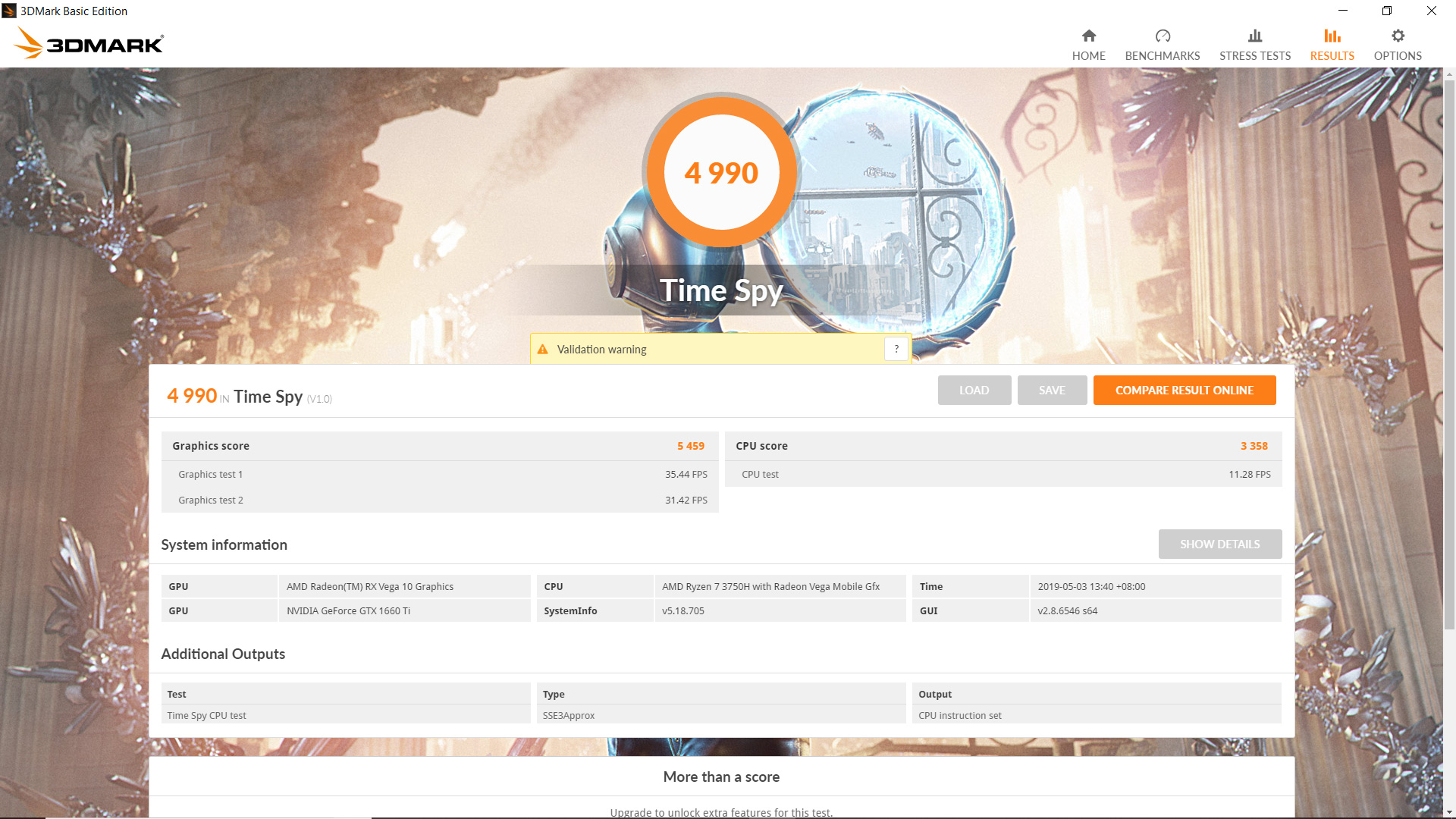 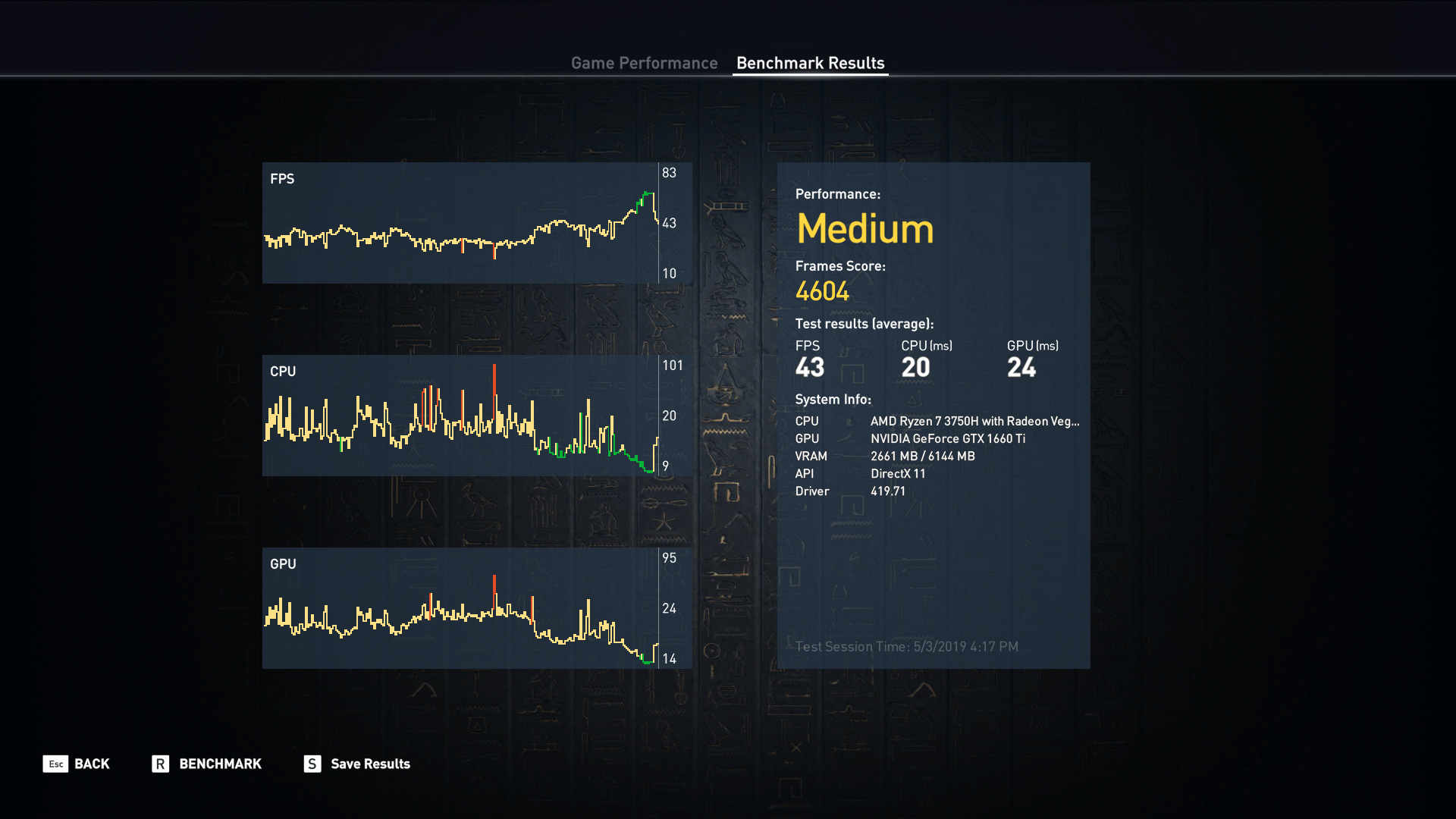 We were also pretty impressed with the thermal performance of the FX505DU. During hands-on time with the FX505DU, only the middle right of the keyboard (near the IOPKL cluster) became warm to the touch. Even when running benchmarks or gaming, that area of the keyboard didn’t become uncomfortably warm.

The ASUS TUF Gaming FX505DU is a pretty good improvement over its predecessors, particularly in its thermal performance. While we didn’t get to spend enough time with the FX505DU to really ascertain its full performance and capabilities, such as its battery life and day-to-day usage experience, we were still pretty impressed with it. Hopefully we get to spend more time with the FX505DU to really get a complete look at it.