What You Need to Know Before the Manila Major Starts Tomorrow

The start of the Manila Major is less than 36 hours away and is set to be the biggest international e-sports event to ever hit the country. 16 of the best Dota 2 teams in the world are about to bump heads and see which of them will rise to the top as the champion of the third and final Major of the season before it concludes with the annual The International later this year. The Manila Major will take place over eight days – a two-day Group Stage which will be played online and a six-day playoffs which will be held at the Mall of Asia Arena. Aside from the 16 teams, there will be a team of 19 broadcast talents that will bring the action to us live. We’ve gathered some of the most important information you’ll need to get quick grasp of what is just about to happen at the Manila Major:

There will be a total of 16 teams participating at the Manila Major. 12 of the teams have been directly invited to the event including Team Secret, Team Liquid, Evil Geniuses, MVP Phoenix, Wings Gaming, Vici Gaming Reborn, Fnatic, OG, Complexity, Alliance, Natus Vincere, and LGD Gaming, while the final four teams teams such as Digital Chaos, Newbee, Team Empire, and Mineski have all qualifier for the event through their respective regional qualifiers. 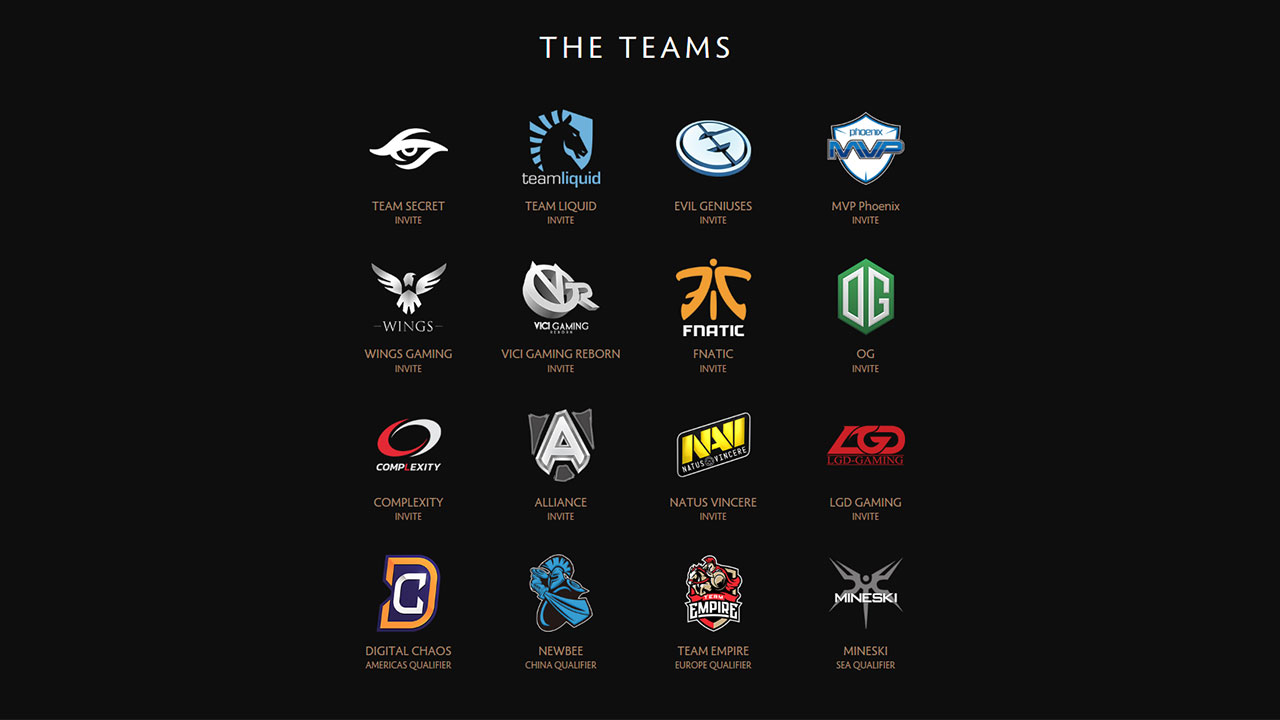 The broadcast team for the Manila Major includes some of the most popular talents in the Dota 2 scene with notable names such as SirActionSlacks, ODPixel, Tobiwan, Nahaz, and Winter. There will be one host, one interviewer, eight casters, six analysts, and two observers for the Manila Major. 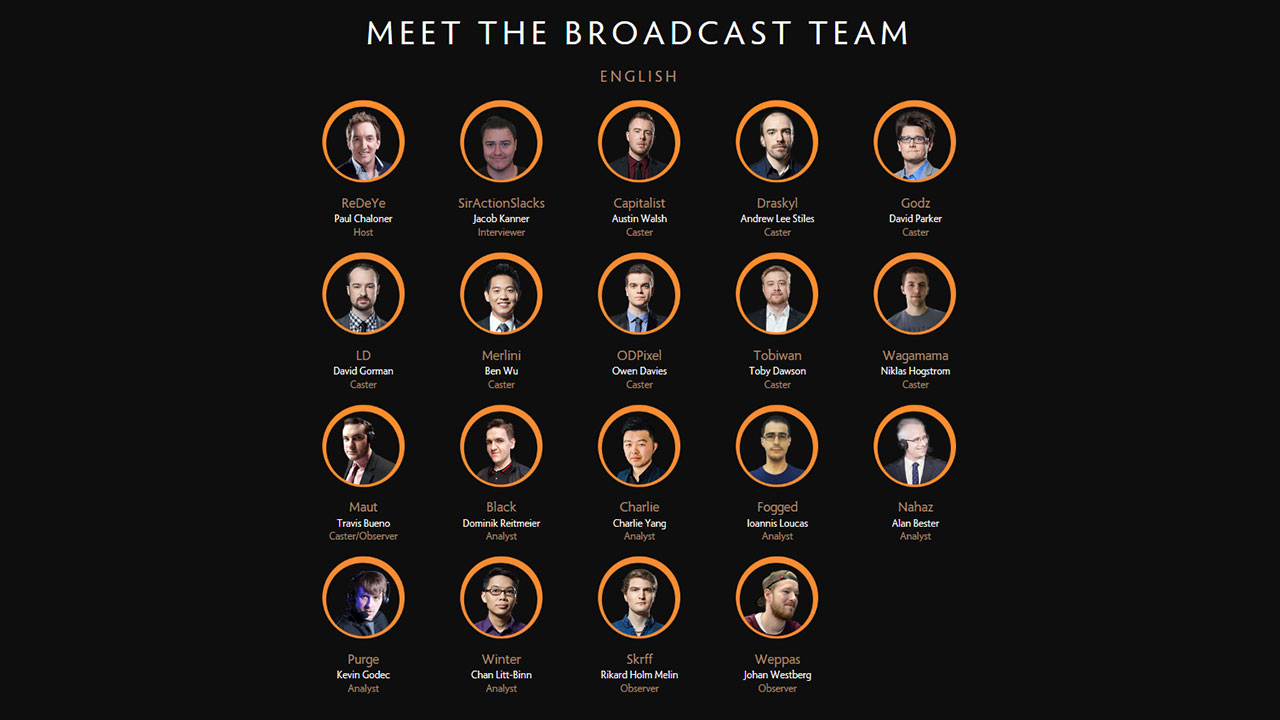 The Manila Major will follow the same format as the previous Major events which will see the sixteen teams divided into four groups and will follow a GSL Format group stage. Afterwards, the top two teams from each group will advance to the Upper Bracket of the Playoffs while the other two teams from each group will start from the Lower Bracket. The Playoffs will follow a double-elimination format with teams seeded according to their performance in the previous Group Stage. While most of the Playoffs will follow a best-of-three format, the first round of the Lower Bracket will be best-of-one affairs while the Grand Finals will be a best-of-five match. 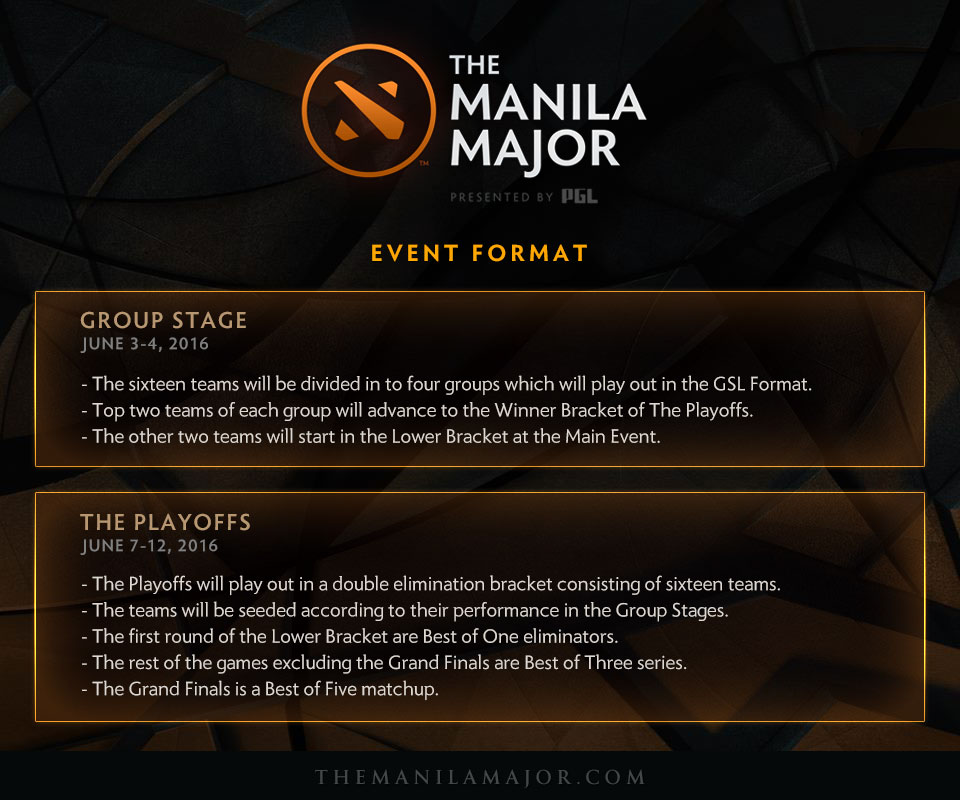 The 16 teams for the Manila Major have been divided into four groups. Here is the breakdown of each group: 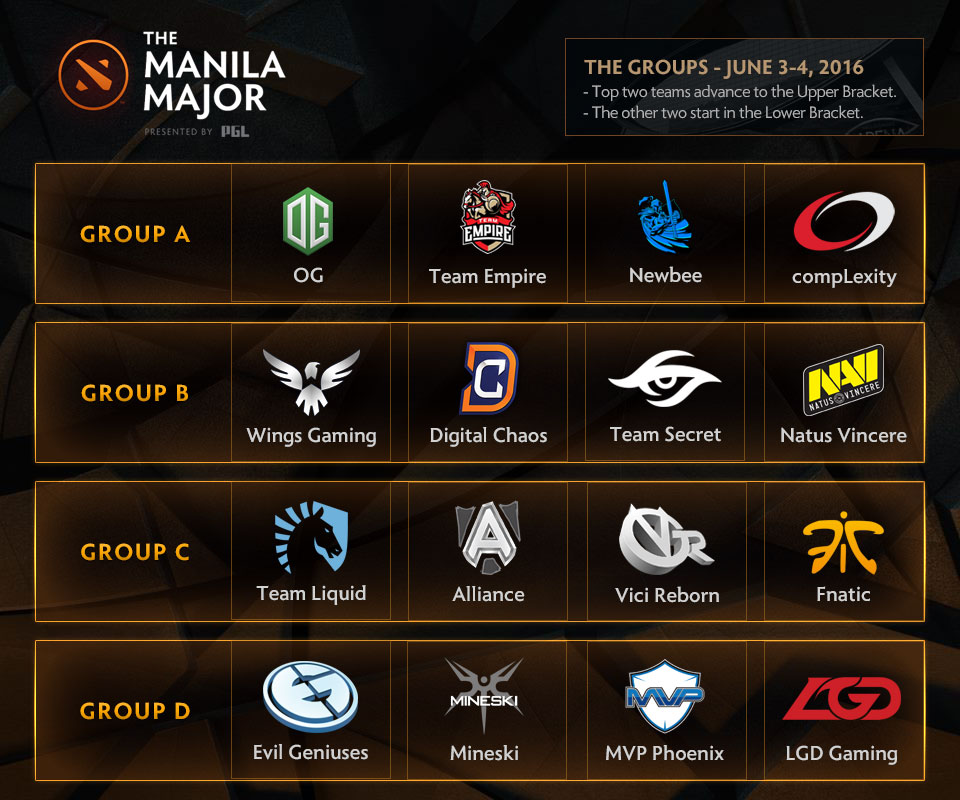 According to many, the group to watch will be Group B. Not because it’s the strongest group but it will definitely be the most exciting to watch as we will definitely see a match between Team Secret and Natus Vincere. Group B is also where Wings Gaming is placed, the winner of ESL One Manila.

The first day of the Group Stage will see the teams in Group A and Group B battle it out to find out which two teams will grab the top two spots in their respective groups and which two teams will have to drop down to the Lower Bracket once the Playoffs begin. Then it will be Group C and Group D’s turn to clash during the second day of the Group Stage. The matches will start at around 10:00am Manila time. 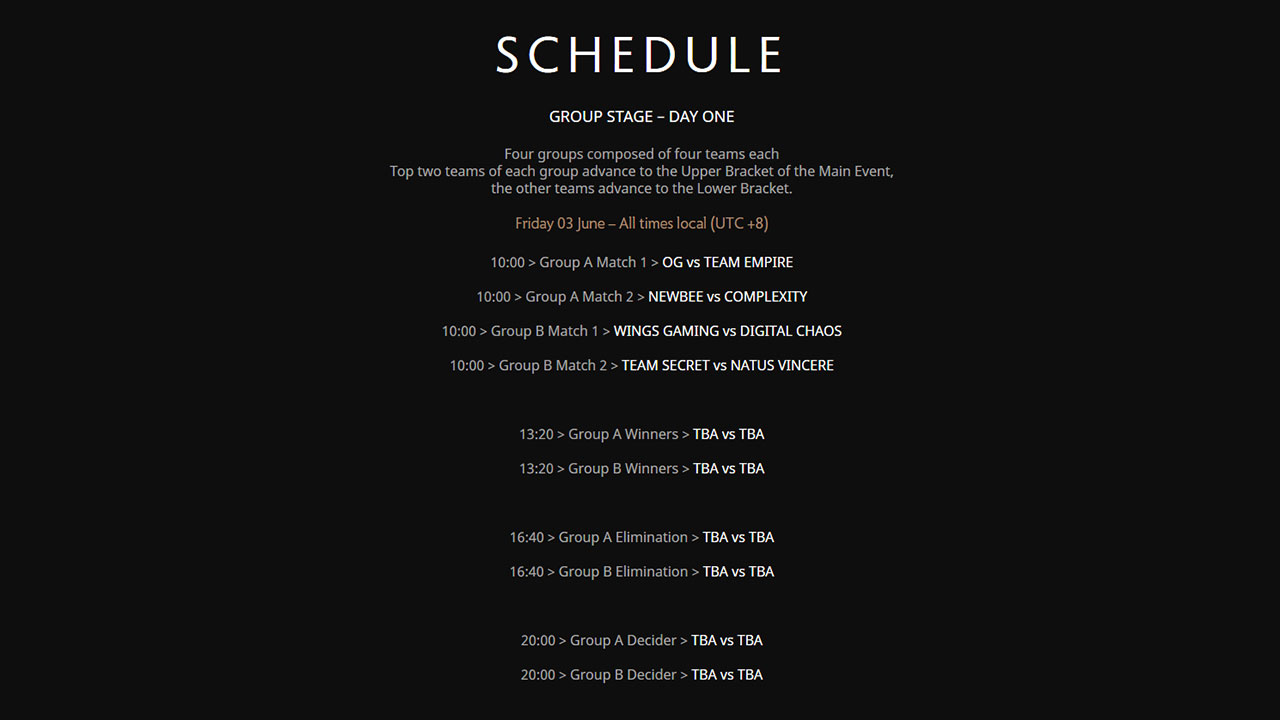 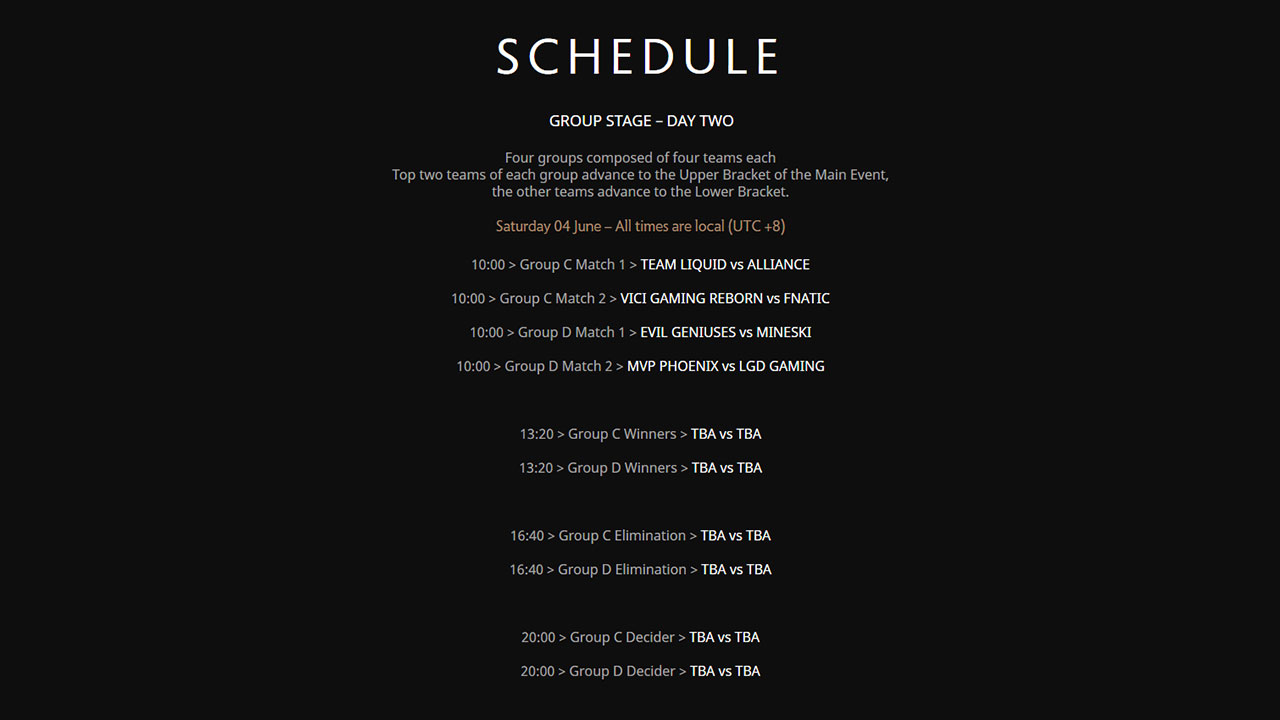 The full schedule for the Manila Major can be found on the official website alongside more information on how to get tickets for the big event.