Conquerors Manila 2018, the Philippines’ biggest League of Legends event of the year, was held two weeks ago at the MOA Arena in Pasay City. The two-day event was by far the biggest event put together by Garena Philippines ever since it started doing the annual Rampage community event back in 2012. It not only brought the community under one roof, it also offered highly competitive games and plenty of entertainment for attendees. 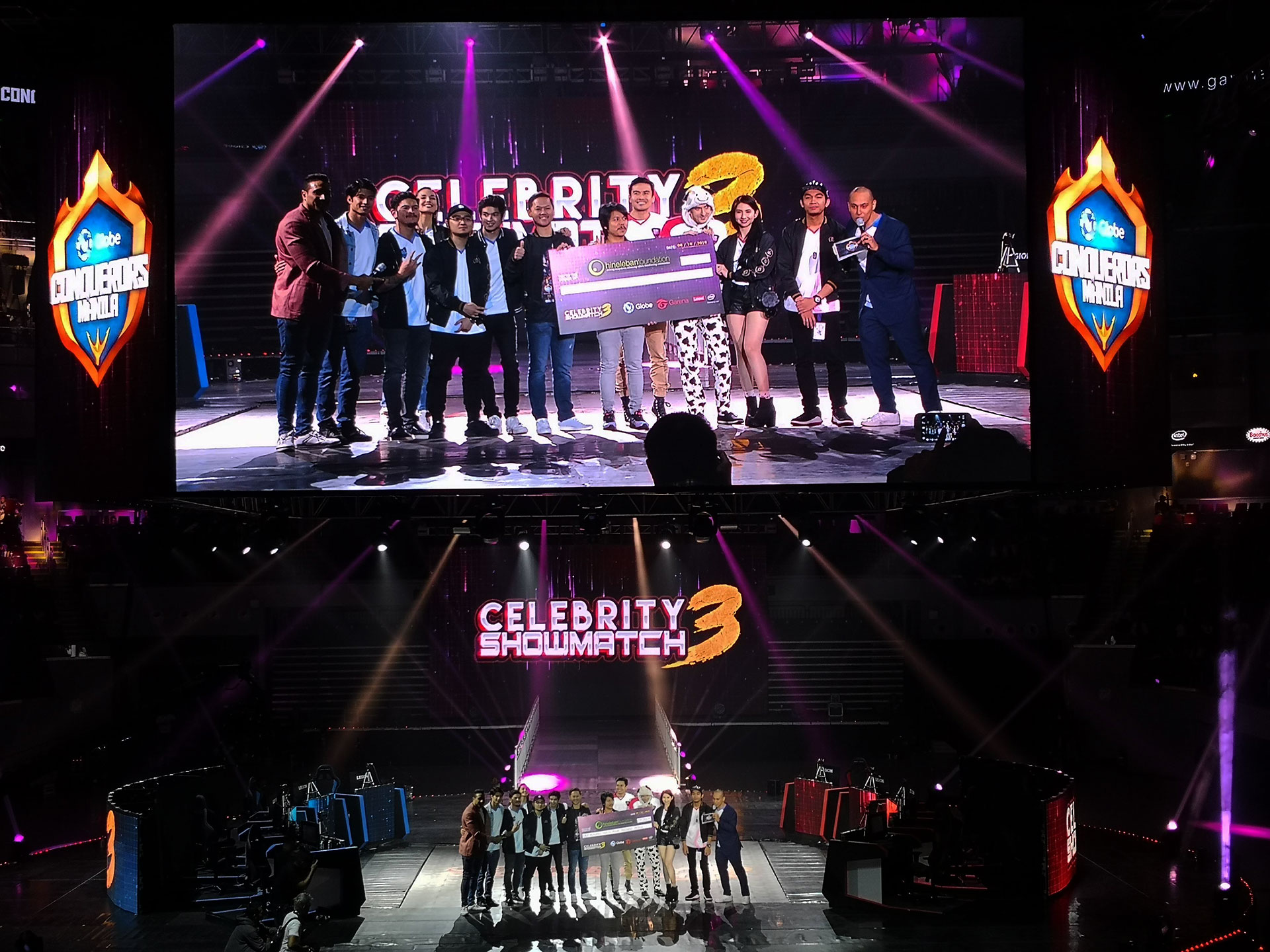 This year’s Celebrity Showmatch was the first to bring in an international personality in the popular LOL streamer, Cowsep. He was joined by Christian Bautista, Empoy, Ashley Gosiengfiao, and Sinio in Team Ruby while Team Sapphire included Baste Duterte, Jack Reid, Shehyee, Megan Young, and Mikael Daez.

Though Team Ruby came out on top in the Rift, both teams were able to celebrate after they successfully raised a total of PHP 134,000 for the Hineleban Foundation, aids in the restoration of rainforests in Mindanao. The donation pool came from champion kills (PHP 1,000 per kill), dragon kills (PHP 5,000 per kill), and Baron kills (PHP 10,000 per kill) during the match. 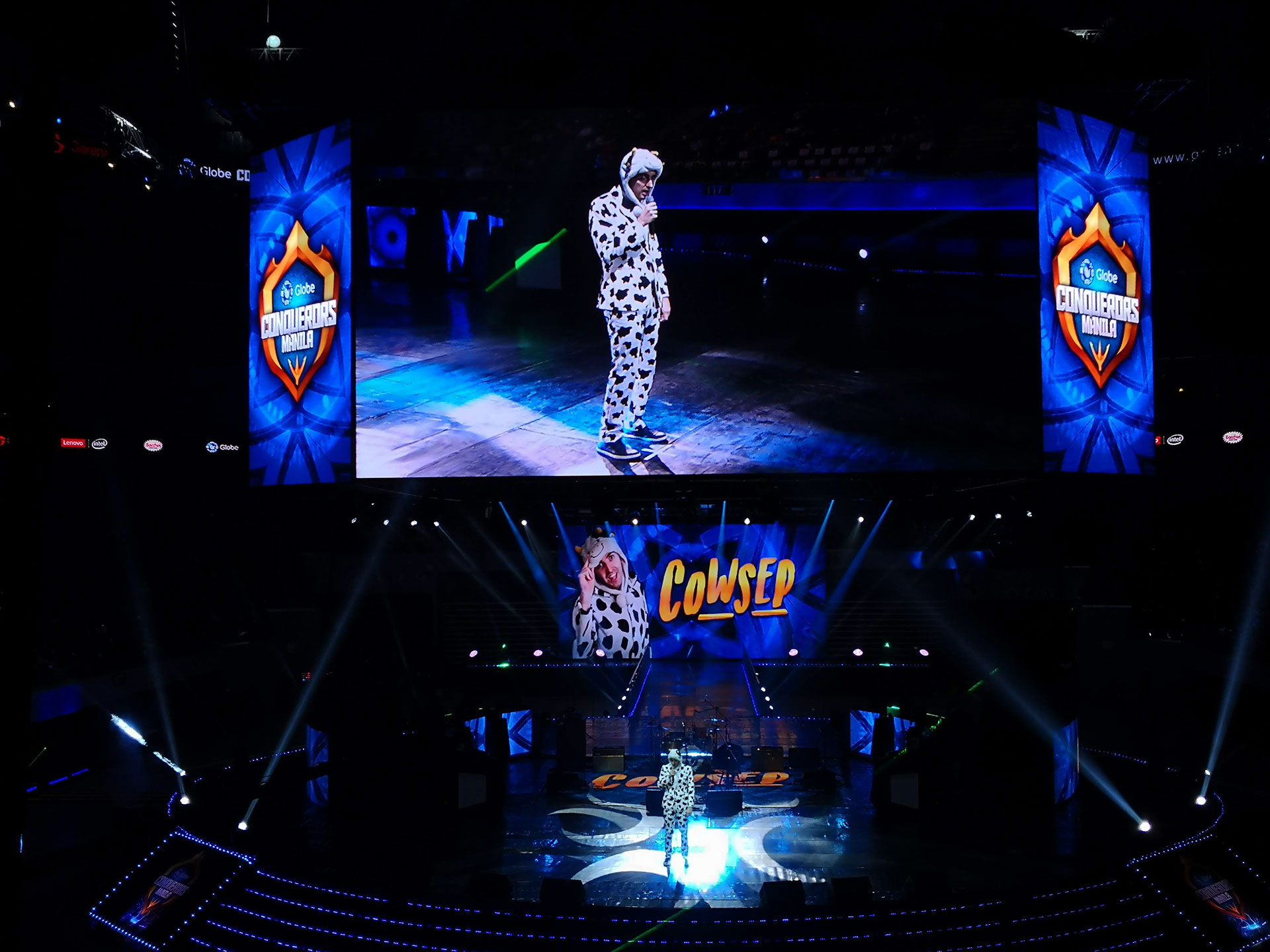 The second day had fans rocking out to some musical performances by the Itchyworms and Spongecola, as well as a surprise performance from Cowsep. But the highlight of the night was the conclusion to Conquerors Manila 2018 tournament, which saw an exciting finals match between Ascension Gaming and MEGA Esports.

After the group stage of the tournament, which has held earlier in the week, four out of the eight teams that qualified to compete at Conquerors Manila 2018 moved on to the main event. These teams were the Thai first and second seed Ascension Gaming and MEGA Esports, respectively, Singaporean team Resurgence, and Malaysian first seed Kuala Lumpur Hunters.

The semifinals matches were played out during the first day of main event, with Ascension Gaming and Kuala Lumpur Hunters opening the day and MEGA Esports and Resurgence closing it out. At the end of Day 1, the two Thai teams won their respective series in four games to book their spots in the Grand Finals during Day 2. 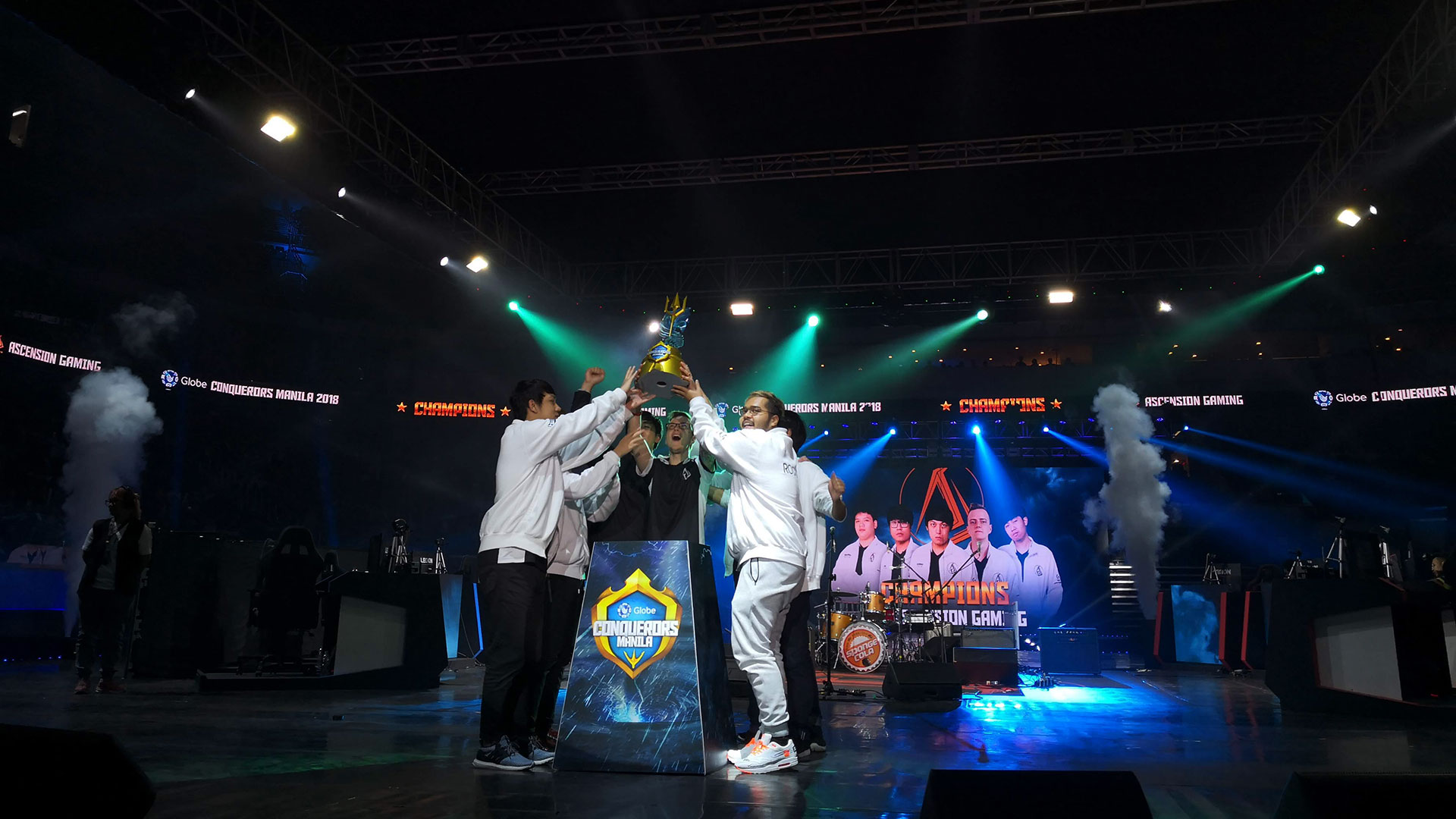 Both Thai teams topped their groups thus it was fitting to see them in the Grand Finals. Ascension Gaming though had a more impressive run as they finished the Group Stage undefeated despite being in a group with hard hitters like the Filipino first seed Mineski League of Legends and Singaporean team Resurgence.

Ascension Gaming continued to ride the momentum from their Group Stage performance as they swept MEGA Esports in the Grand Finals. Their win at Conquerors Manila 2018 not only gave them Thai first seed USD 100,000 in winnings but,  more importantly, they also get to represent the region at the 2018 League of Legends World Championship Play-In Stage, which will be held in South Korea later this year.