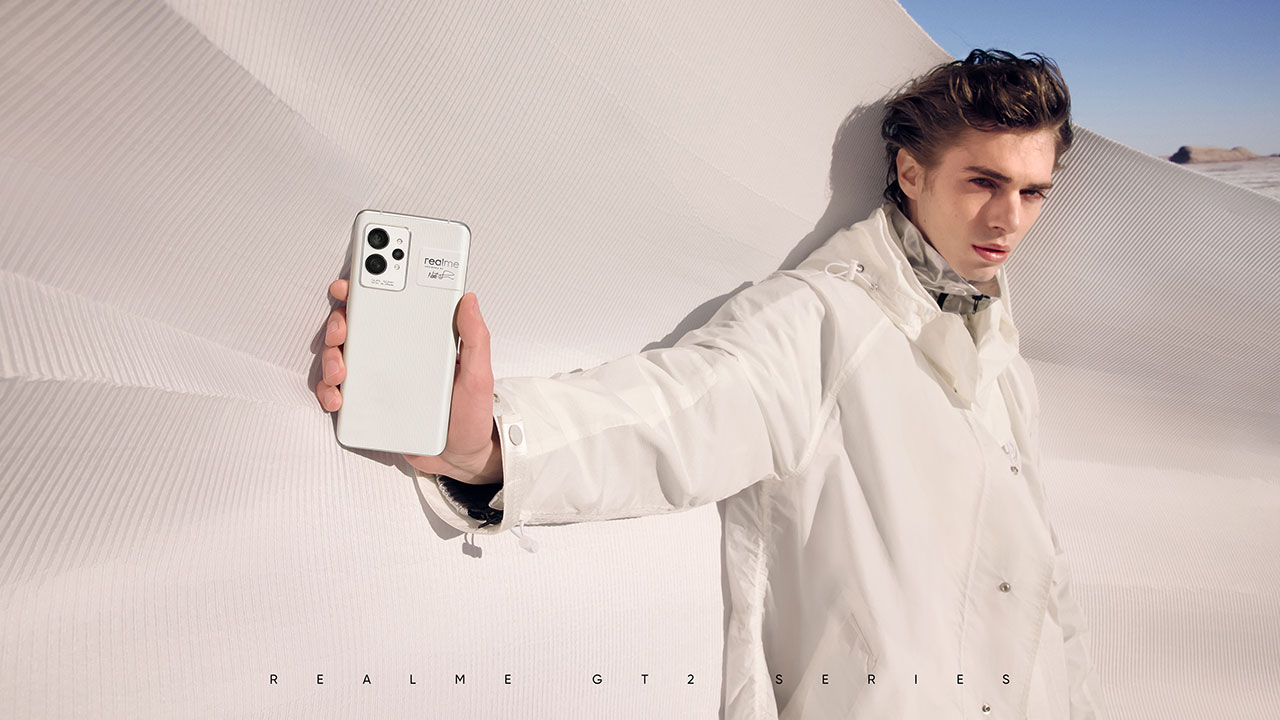 realme has teased the design of its upcoming flagship GT 2 series, unveiling the look of its bio-based polymer back cover and camera module. The design of the back cover was co-designed by Naoto Fukasawa and is dubbed the Paper Tech Master Design, one of the three world-first technologies of the GT 2 series. 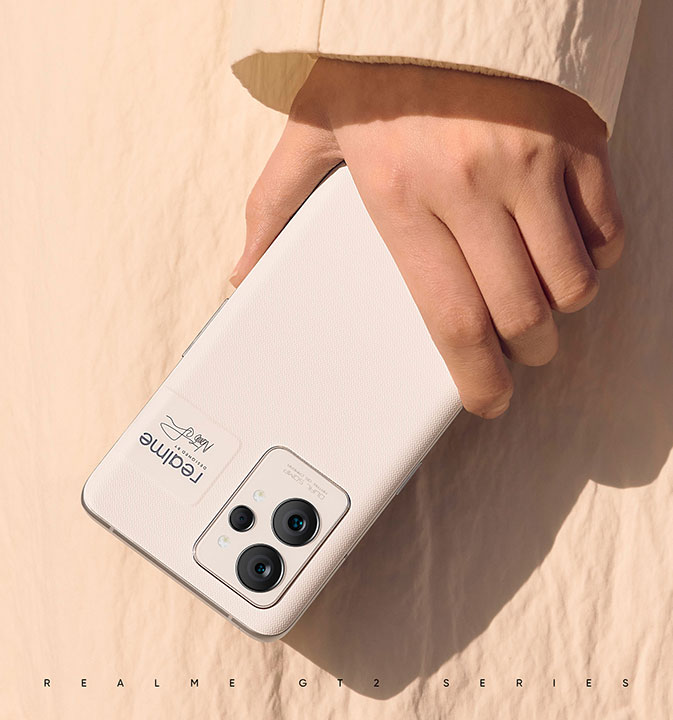 The back cover of the GT 2 series features a textured design, which is meant to mimic the feel of paper, with the realme logo as well as the signature of Naoto Fukasawa positioned on a smooth portion of the back cover near the top beside the camera module. As for the camera module, it includes two larger cameras, and one smaller one as well as two LEDs. One of three cameras is the company’s new 150-degree ultra-wide lens.

The realme GT 2 series is scheduled to be launched soon. More information can be found on the official website.