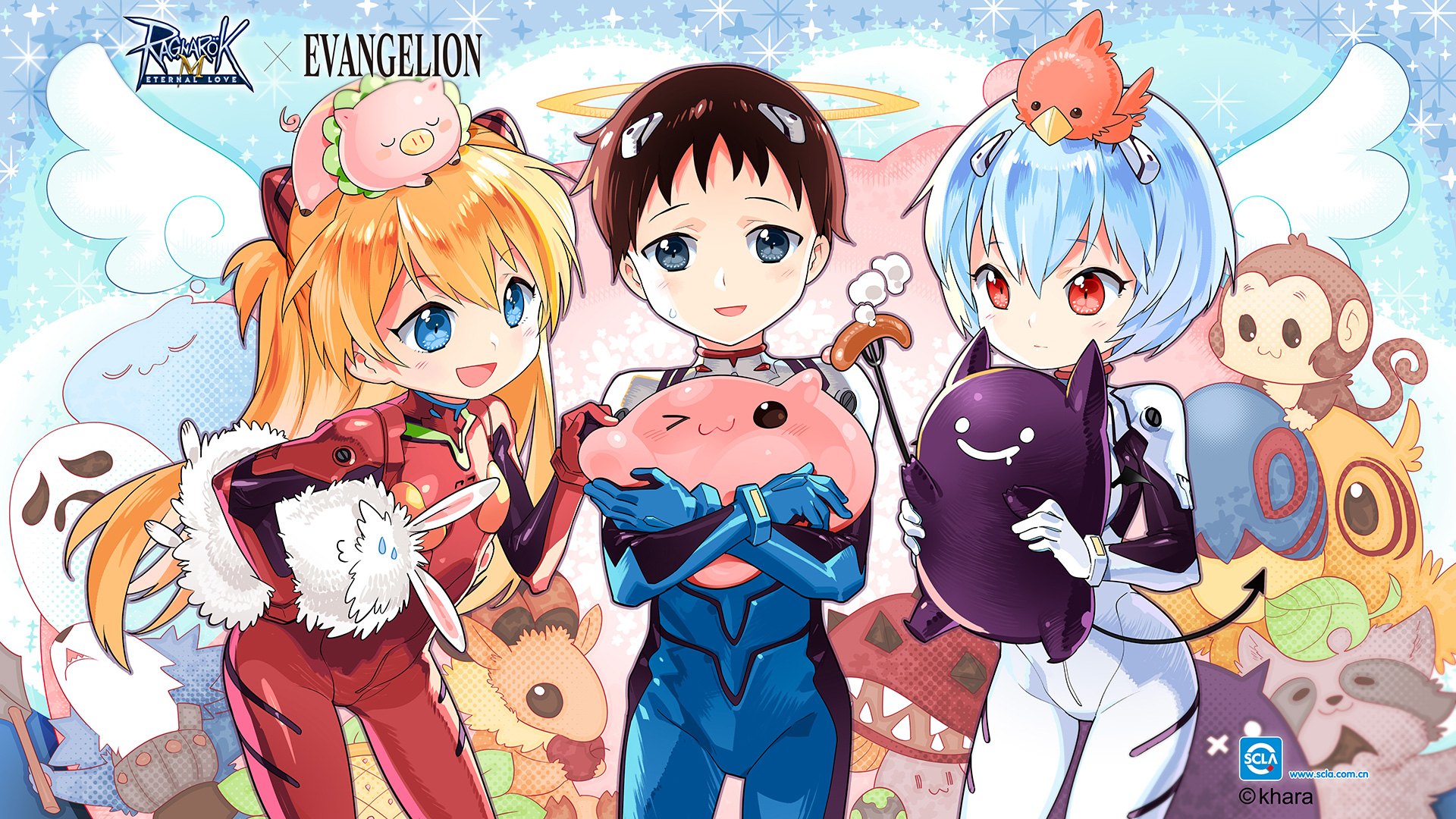 Get in the Damn Robot With the Ragnarok M: Eternal Love and Neon Genesis Evangelion Collab Event

The collab event will let players dress up as EVA pilots, transform into one of the show’s EVAs, explore Tokyo-3, and do battle against the invading Angels alongside the anime’s iconic characters including Shinji, Asuka, and Rei. Players will also be able to collect different EVA headwear, gear, and even a 4th Angel pet. 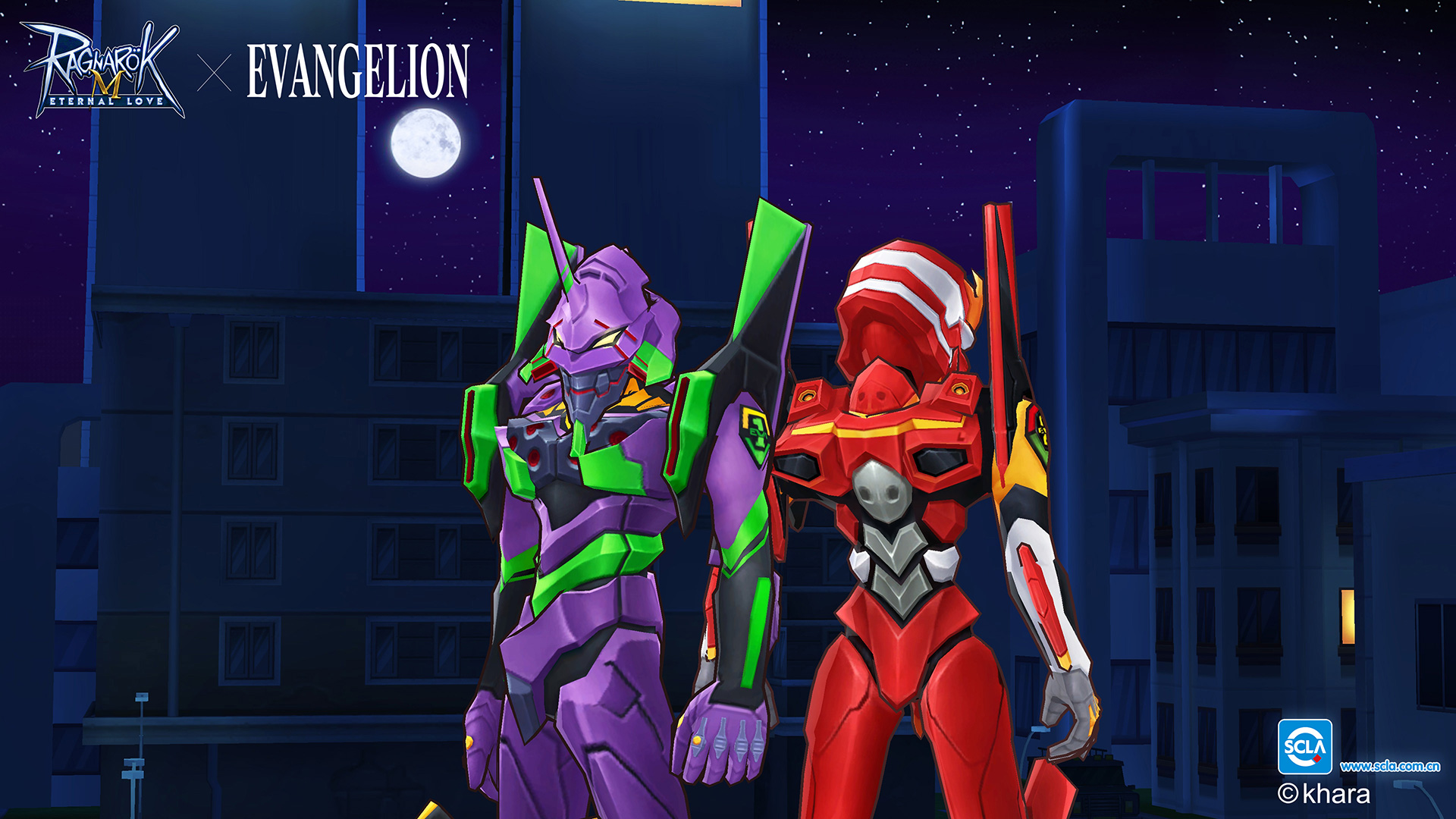 Here’s a brief description of the event:

“A new crisis is about to fall upon Rune Midgard, and the five protagonists of ‘Neon Genesis Evangelion’ must cross the boundaries of space and time to protect the world. Adventurers will join these young heroes on this brand new journey!”

For those unfamiliar with Neon Genesis Evangelion, here’s the anime’s synopsis:

“Neon Genesis Evangelion’, by Hideaki Ano, is a mecha sci-fi masterpiece. It’s the year 2015, and the world stands on the brink of destruction. Humanity’s last hope lies in the hands of NERV, a special agency sanctioned under the United Nations, and their Evangelions, giant machines that are capable of defeating the Angels who herald Earth’s ruin. Gendou Ikari, head of the organization, seeks talented and compatible pilots who can synchronize with the Evangelions, and bring forward their true and powerful potential.” 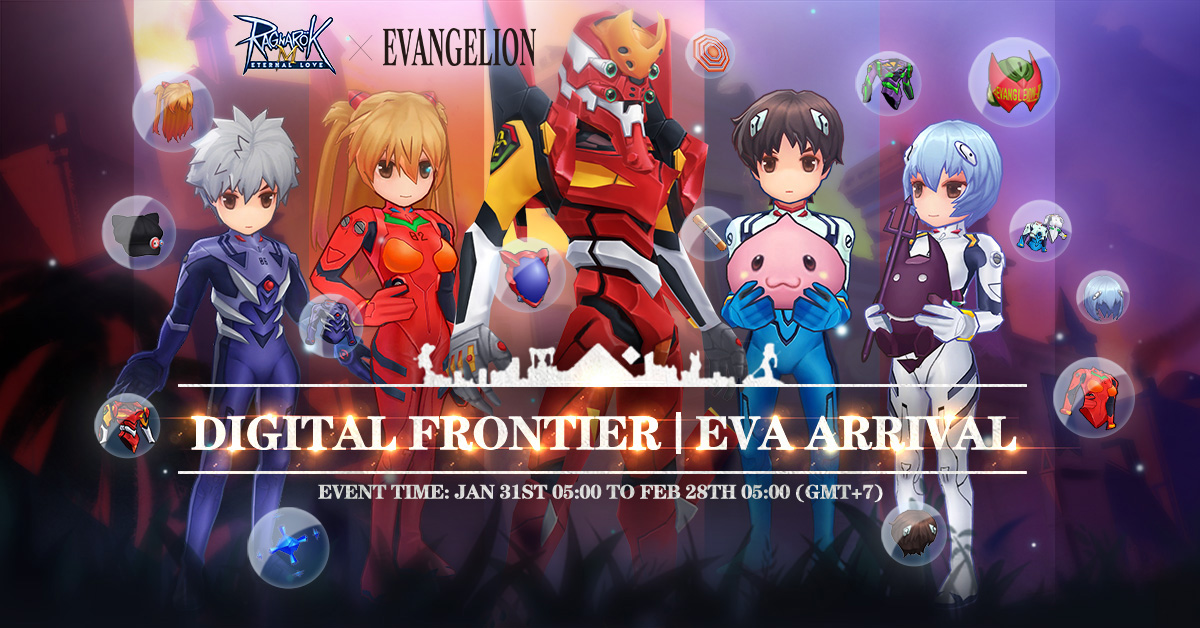 The [Ragnarok M x EVA Collab Plan] event runs from January 31 to February 28, 2019. Ragnarok M: Eternal Love is available for free on for iOS and Android and can also be played using the NoxPlayer Android emulator on PC.