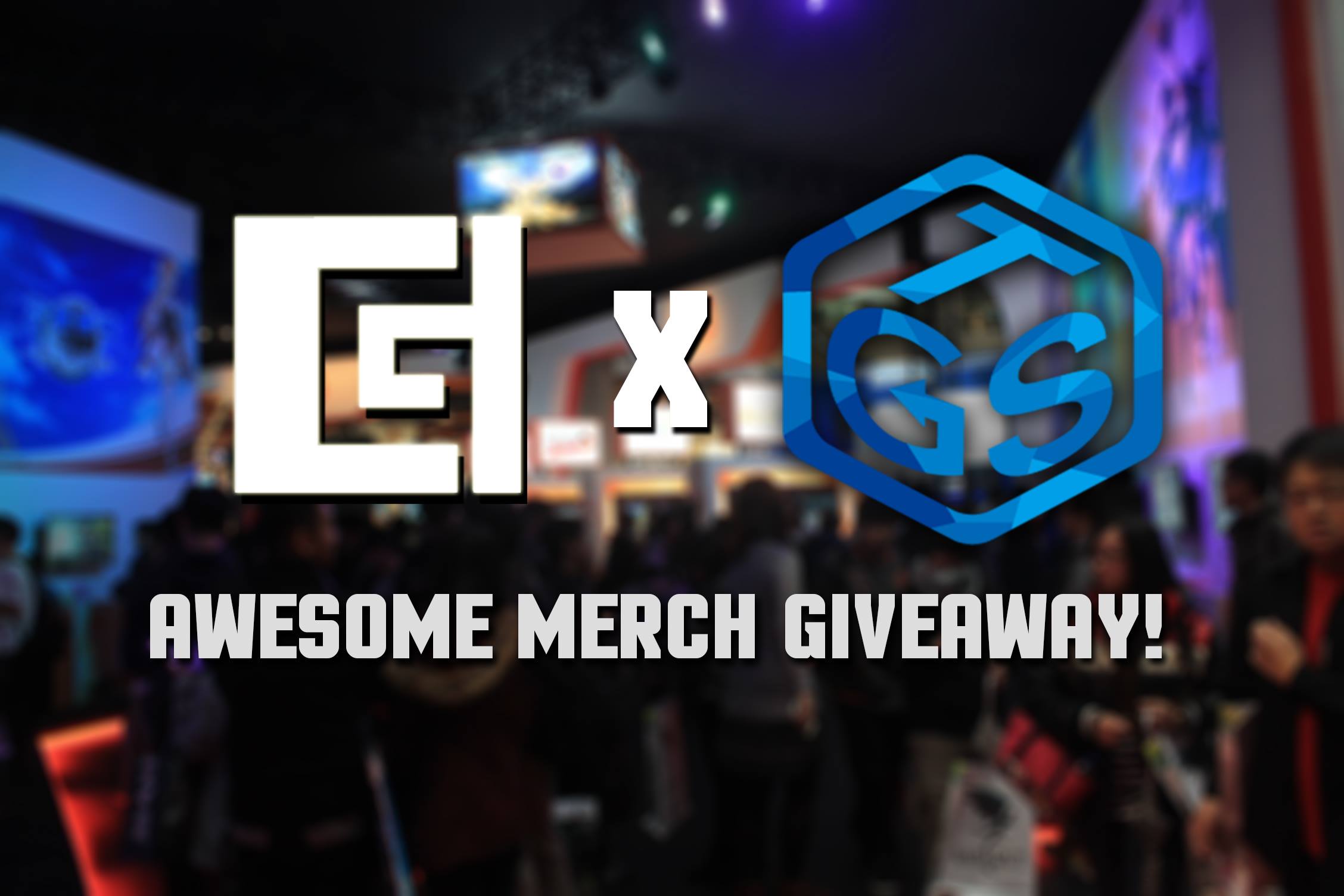 Hey folks, we’ve drawn the winner for our Geek Collective Taipei Game Show Awesome Merch Giveaway and we’re happy to announce that the winner is:

You’ve won the following merch from Taipei Game Show from us:

We’d like to thank everyone who supported our giveaway and remind everyone to check out the giveaway winner announcements from the other members of The Geek Collective to find out if you or your friend won there as well.

Once again, thank you all for the support and we hope you look forward to more from us and The Geek Collective this year.

Hey folks, we’re finally announcing the prizes for our Geek Collective Taipei Game Show Awesome Merch Giveaway. Each of the blogs under the group have announced the prizes they’ll be giving away. From our side, we’ll be giving away the following (which is also pictured below):

We’re also announcing that we’ll be extending the promo to February 12, 2018 (Monday) at 11:59pm with the draw of all the prizes from all the blogs on February 16 (Friday). 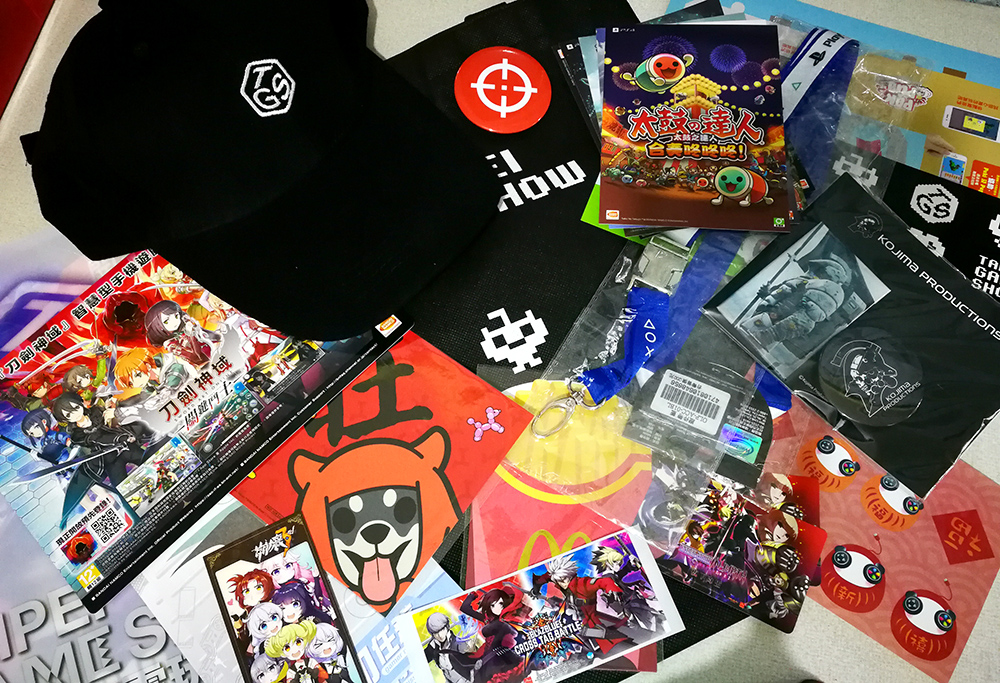 The Geek Collective celebrates its coverage of the 2018 Taipei Game Show with an Awesome Merch Giveaway!

The whole event is a HUGE show of Triple A and Indie Games. The Indie Game Fiesta is the largest indie game festival out there as it features 25 countries and 180 Indie Teams for console, PC, mobile, VR, and Boardgames. For the Taipei Game Show proper, huge Triple A names will be present like PlayStation, Bandai Namco Entertainment, Ubisoft, SEGA Games, Gravity, and more! There will also be the Asia Pacific Game Summit, where various speakers will hold talks on topics regarding the fields of eSports, Indie Games, AR/VR, R&D, and Marketing.

Recognizing the significance and massiveness of Taipei Game Show, the Geek Collective will be covering the event to bring all sorts of news and content to the Philippine Geek Community as well as to the rest of their audiences globally. The Geek Collective is a group of various media entities in the Philippines that focus on geek culture who banded together with the intent of promoting, engaging, and growing local geek communities and interests. To achieve this, each member of the Geek Collective seeks to report on relevant geek news that happen both locally and globally as well as to make creative content that the communities will enjoy. The five (5) current members of the Geek Collective are UnGeek, Will Work 4 Games, Twenty8Two, Geekend Gladiators, and Too Much Gaming with each outfit lending their own expertise towards the group. This joining of efforts, sharing of best practices, networking between contacts, and creative collaboration aims to elevate Philippine geek and gaming journalism to new heights. Be sure to watch out for coverage of the 2018 Taipei Game Show from each member of the Geek Collective!

To commemorate the first international coverage of the Geek Collective, we’re launching a Taipei Game Show 2018 Merch Giveaway in each of the partner sites. We’re giving away SPECIAL TAIPEI GAME SHOW 2018 MERCH GIFT PACKS to FIVE LUCKY WINNERS! Each partner of the Geek Collective will be hosting a giveaway in their respective channels

2. LIKE the Promo Announcement of each of the GC Partners. Be sure to TAG A FRIEND and COMMENT on each post on what you’d like to see or what excites you about the Taipei Game Show 2018! (ex. “Me and my friend @HidimoKomija are super excited to hear about any special announcements they have on Dragon Ball FighterZ”).

4. On February 5, each partner will choose a winner from each of the ones who LIKED, COMMENTED, and SHARED their post. One winner will be chosen per partner for a total of FIVE (5) WINNERS. Note that you can only win ONCE so if your name is drawn by one partner, you will immediately be disqualified from the other partner’s raffle draws.

1. The promo is open to community members of UnGeek, Will Work 4 Games, Twenty8Two, Geekend Gladiators, and Too Much Gaming

2. The promo is only open to residents of Metro Manila or must be willing to do meet-ups / pick-ups within Metro Manila for prize claiming

3. We will allow a proxy to claim the prize so long as they can present a letter of authorization and a xerox of 2 government-issued ID (Driver’s license, passport, SSS, TIN, etc.)

4. Employees of UnGeek, Will Work 4 Games, Twenty8Two, Geekend Gladiators, and Too Much Gaming and their relatives of up to first degree of consanguinity are disqualified from joining the contest.

5. In the event that the prize is not claimed within 30 days after announcement of winners and/or of initial contact, UnGeek, Will Work 4 Games, Twenty8Two, Geekend Gladiators, and Too Much Gaming will dispose of the said prize in any manner they deem fit.

Don’t miss out on all the awesome news and content from Taipei Game Show 2018! And be sure to join in on our special giveaway for all the cool TGS Swag!