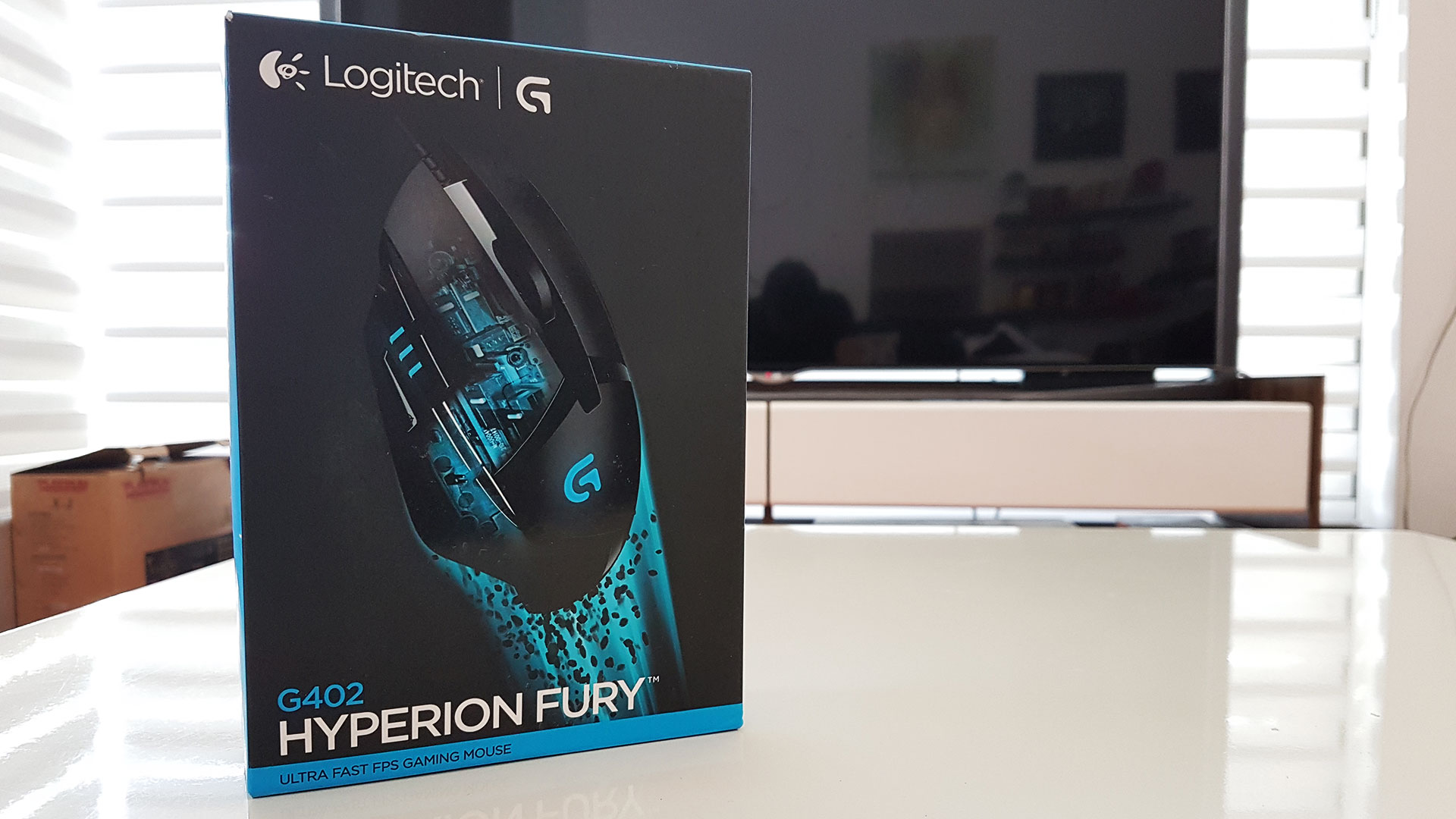 Update 3: Hey folks, we now have the second winner for our Logitech G402 Hyperion Fury FPS Gaming Mouse Giveaway. Congratulations to Jomar D! We’ll be contacting you soon about your prize. Thank you once again to everyone who joined and supported our giveaway. We’ll be running a new giveaway soon, which we’ll announce by the end of the week and will once again run throughout the month. So, watch out for that! 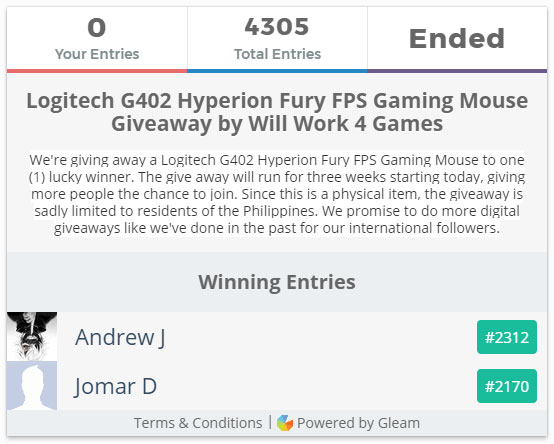 Update 2: So, guess what, folks! Logitech saw our giveaway and decided to give us a SECOND G402 Hyperion Fury to give away! While the first one is already answered for, everyone else still has a chance to win the second one. And while all your entries are still valid, we’ve added another way for you to earn more entries. Just check out the giveaway widget below and earn your extra entries. We’ll be running this until the end of Sunday and we’ll announce the second winner on Monday. Good luck, everyone! And thank you Logitech for the support!

Update: We apologize for the delay on the announcement. Today has been a bit hectic. But anyway, congratulations to Andrew J for winning our Logitech G402 Hyperion Fury FPS Gaming Mouse Giveaway. We’ll contact you soon. To all that joined the giveaway, thank you all for your support. We’ll be announcing our next giveaway during the first week of June so keep following us to be the first to find out when it begins. To give you all a teaser, we’ll be giving away a headset next. Can you guess which one it will be? 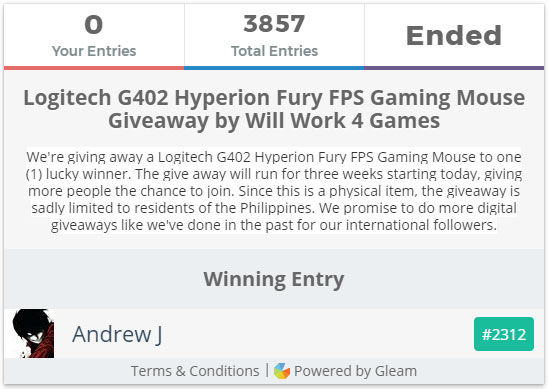 Hey folks, the summer season has finally reached its peak and while May signifies the beginning of the end of the summer break for many, for others it means the summer break is only a month away. And to mark both occasions, we’re giving away a Logitech G402 Hyperion Fury FPS Gaming Mouse to one (1) lucky winner. The give away will run for three weeks starting today, giving more people the chance to join. Since this is a physical item, the giveaway is sadly limited to residents of the Philippines. We promise to do more digital giveaways like we’ve done in the past for our international followers.

Enter the giveaway via the Gleam.io widget below or go to this page: