Everything You Need to Know About Rampage 2016

Rampage 2016, the country’s biggest annual League of Legends event, is less than 24 hours away and there’s a whole lot of things in store for fans attending the big event including professional and celebrity games and cosplay competitions to merchandise caravans and lots of possible freebies from the many booths stationed around the event. We’ve listed everything you’re going to need and want to know for tomorrow’s big event right here:

First off, for those who haven’t gotten themselves tickets for tomorrow’s amazing event, there will still be tickets available for purchase at the venue itself although, according to the event website, only Deluxe and Premium tickets will be available at a cost of Php600 for the Deluxe and Php1,200 for the Premium. The ticket booth will be on the right-hand side of the World Trade Center when facing the building’s façade. We’ve posted the venue map below for your reference not just for the ticket booths but for everything you can expect at the venue. Information on the ticket inclusions can be found on the Rampage 2016 website.

The event will cover the whole of the World Trade Center and the space has been divided into three main areas – the Main Hall, the Merch Caravan Hall, and the Play Hall. The Main Hall will house most of the events activities and booths as well as main stage and cosplay area. The Merch Caravan Hall is where fans can line-up and purchase League of Legends and Garena merchandise. Lastly, the Play Hall is where players can hang out and play League of Legends on any of the many free-to-use computer stations and join the King of the Hill tournament or the Proving Grounds challenges. 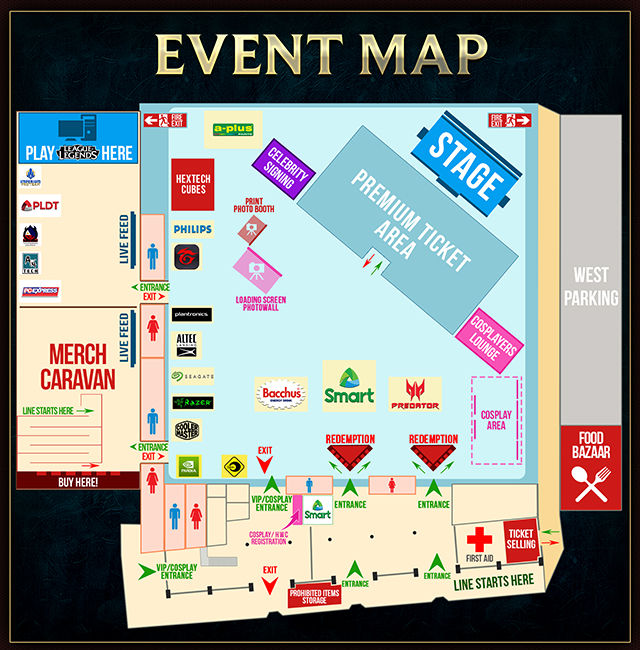 The event will start at 9:00AM with the LoL Collegiate League Stage Matches and is estimated to end sometime beyond 9:10PM with the event’s Awarding Ceremony. There’s a whole slew of events lined up for the entire day and we’ve listed the schedule for them below:

As we just mentioned, the day will be filled a whole slew of activities for fans which include a day’s worth of professional and exhibition matches played on the venue’s main stage. The first set of matches for the day will be the matches for the LoL Collegiate League which will then be followed by the fan-voted Pro Gaming Series All-Star Match. Then a Celebrity Showmatch will be played before the beginning of the day’s biggest match, the Grand Finals of the Pro Gaming Series 2016 Summer Season. 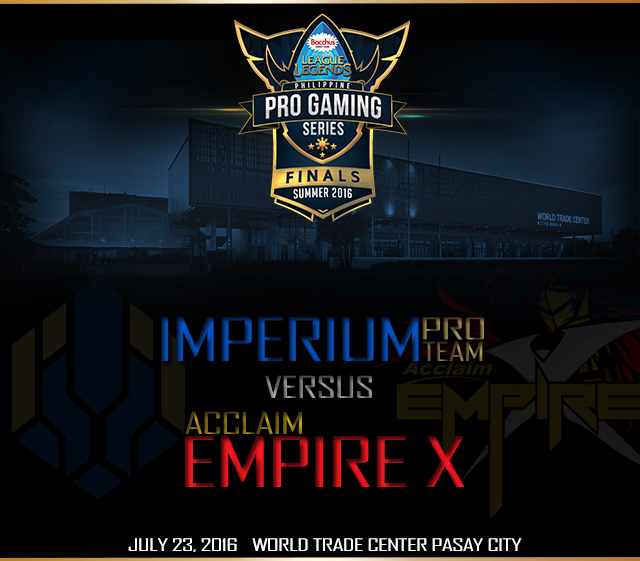 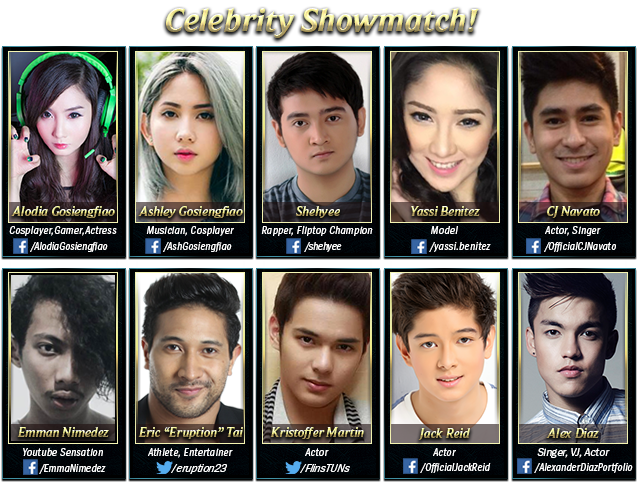 Aside from the celebrities that will be joining the Celebrity Showmatch which will include the likes of Alodia and Ashley Gosiengfiao, Shehyee, Yassi Benitez, CJ Navato, Emman Nimedez, Eric “Eruption” Tai, Kristoffer Martin, Jack Reid, and Alex Diaz, there will also be a whole slew of other celebrities at the event including the event’s hosts – Joyce Pring and Kuya Jobert alongside Kajo and Allyza Taylor. There will also be performances by celebrity performers DJ Cathy Frey and Rocksteddy in between the PGS Grand Finals matches. Additionally, while they’re not on stage, some of these celebrities will be signing autographs beside the main stage. 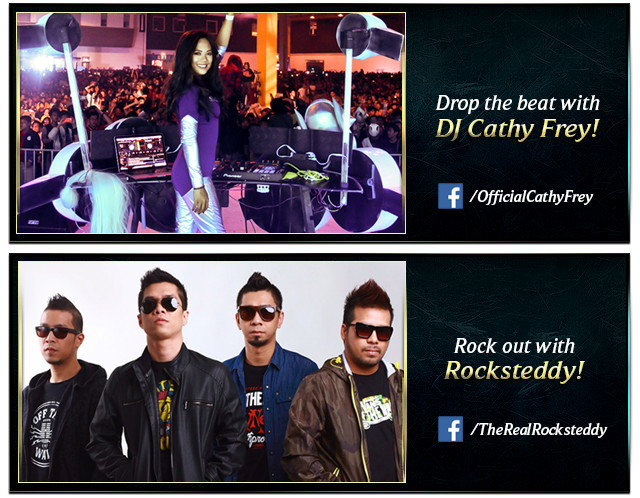 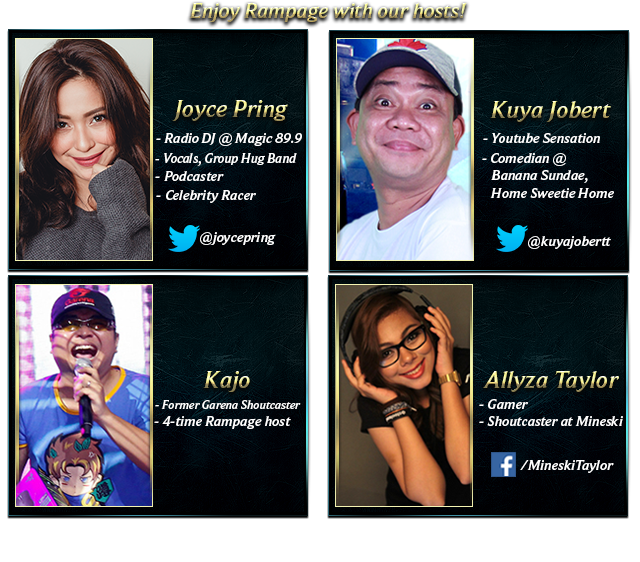 One of the things fans look forward to every year at Rampage is the chance to buy League of Legends and Garena merchandise and at Rampage 2016, there’s a whole hall dedicated to just that. At the Merch Caravan, fans will be able to purchase everything from ballers and shirts to hoodies and mouse pads. At Rampage 2016, fans will also get the very rare chance to purchase a slew of official and highly coveted Riot Merchandise including hoodies, shirts, figures, plushies, and statues. But be warned, the official Riot Merchandise can be expensive so make sure to bring a lot of extra cash for them. For a complete list of merchandise to be sold at the event, check out the Rampage 2016 website. 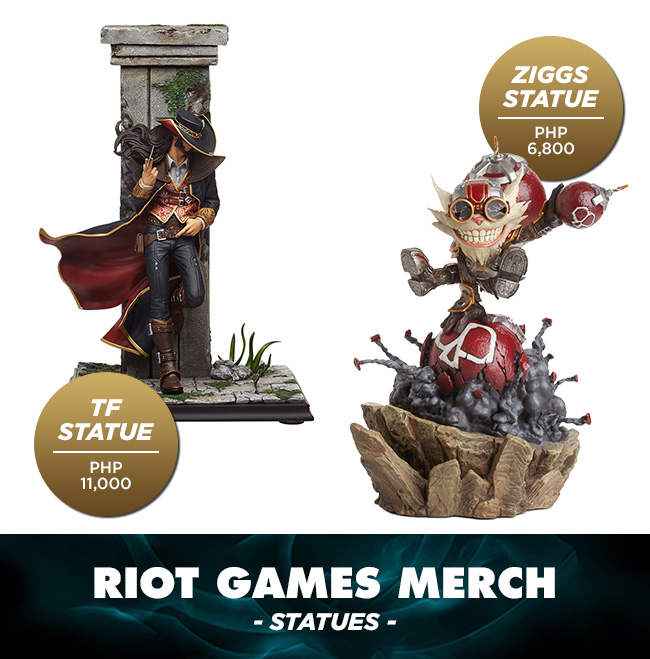 Lastly, no local gaming event would be complete without a cosplay and Rampage 2016 will definitely feature some great cosplay as it hosts another Cosplay Clash competition on the main stage. There’s also the Honorable Wandering Champions contest for cosplayers who decide to roam the event. Even cosplayers who just want to show off their creations are welcome at the event with Garena providing a few benefits for those who have taken the time to dress up for the event. More information on cosplaying at Rampage 2016 can be found on the Rampage 2016 website.