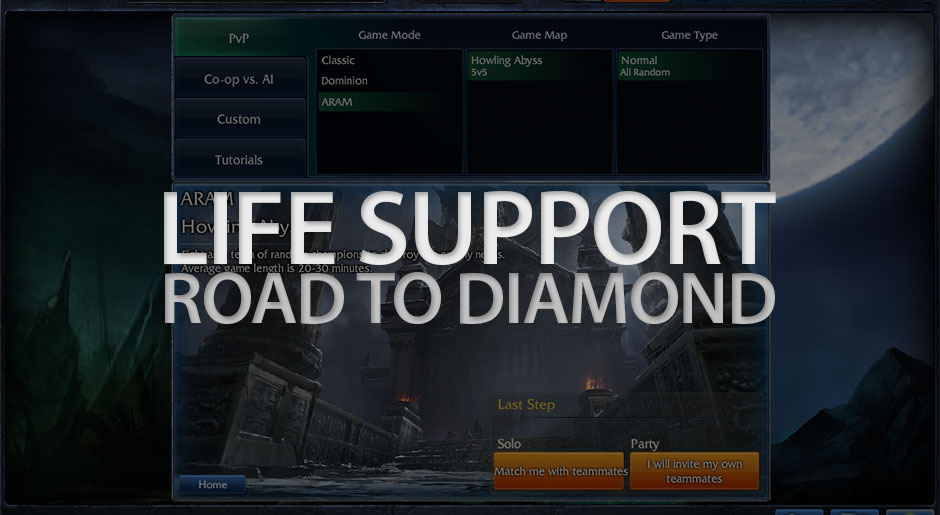 All of us have bad queue days, when we just can’t win a single game whether it’s ARAM (All Mid, All Rando), Normals, or Ranked. There’s just something with how the matchmaking system always groups you up with players who just mess up the game in an assortment of ways. I had one of those bad queue moments last week, for almost the whole week actually. Given that I mostly played ARAM games which are, as its name implies, almost completely random so you don’t really have much control on whether your team comp is a winning one or not but still, it wasn’t even the team comps sometimes. Sometimes it was just people disconnecting, or trolling, or just being stupid. And I was the unlucky bastard who got queued up with those players for most of last week. I guess someone has to at some point. 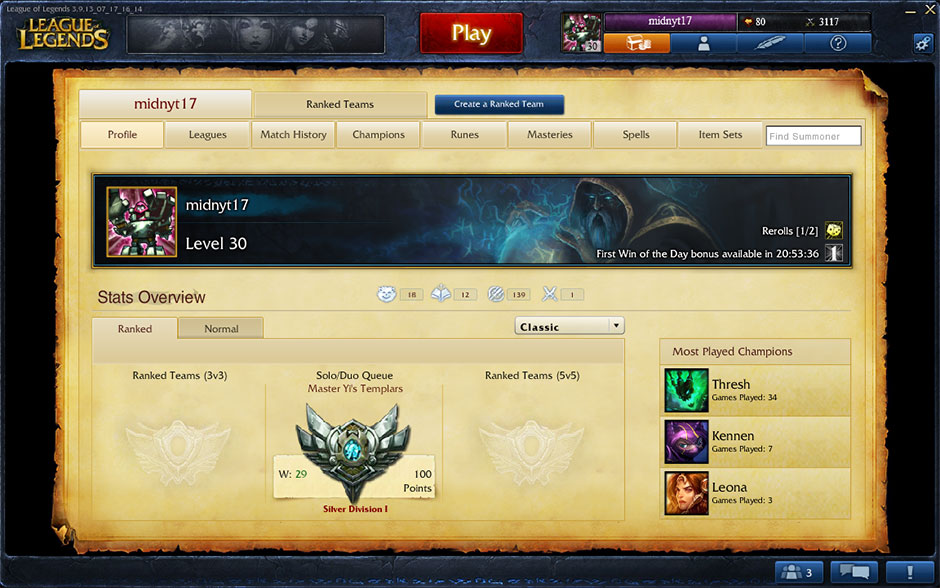 But things turned around a bit during the weekend when I attempted, in spite of my own misgivings about trying it while in my queue rut, my promotional series from Silver II to Silver I. My first promotional game of the series was also my first promotional game loss.. I was delegated to play Solo Top ‘cos two players in the team were Duo Queuing so I chose my current favorite Solo Top champ, Kennen, and was instantly counter-picked by a Darius. I know Darius isn’t really a direct counter-pick to Kennen but its very easy to lose the lane if he gets even one kill on me. I was confident with the match-up anyway and was just waiting for the rest of the picks but at the last moment  our 5th pick suddenly picked Shen and said “I’m going top”. That’s when I knew we were going to lose. The 2 duo lanes kept our levels and CS (creep score) lower than the other team and the duo at bot got massacred because we didn’t have a Jungler to help them out. That game was really frustrating and I thought twice about trying to queue again but decided to just go for it anyway. My second game was a really difficult game, it lasted quite awhile and was a complete back and forth. I was able to play Thresh and was partnered with a Vayne. It was enjoyable but stressful as well but in the end our team edged out in front enough to win the game. I don’t remember much of the details about it but I remember it being the more stressful win in the series. My third game was the complete opposite of my first two promotional games, we completely ROFLStomp’d the other team and was a quick and decisive victory. I was partnered with an Ezreal that game and we dominated our lane against a Vayne and Leona. It was a nice way to close out the series and I’ve been happily sitting in Silver I since.

Today, I’m in my next promotional series to get from Silver I to Gold V. It’s a League Promotional Series so instead of winning 2 out of my next 3 games, I have to win at least 3 out of my next 5 games. I’ll try to write my posts as each game finishes so I don’t forget much of what happened in each match. I’ll also try to take in-game screenshots this time around.