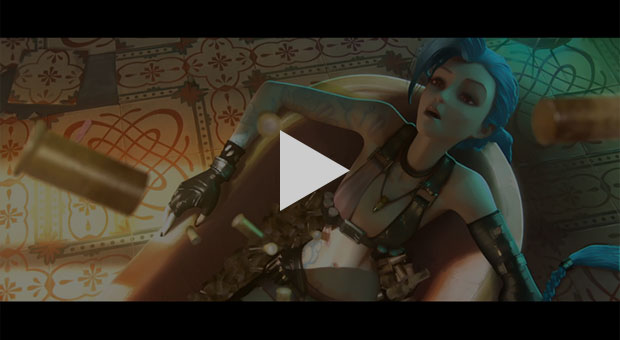 Riot has released a League of Legends music video dedicated to the game’s newest champion, Jinx. The video shows Jinx performing several acts of mayhem and destruction among other things. The song’s vocals is done by Agnete Kjølsrud from the band Djerv.

Riot announced Jinx, the Loose Cannon, a couple of weeks ago as the latest AD Carry to join the League of Legends. Read more about her here.