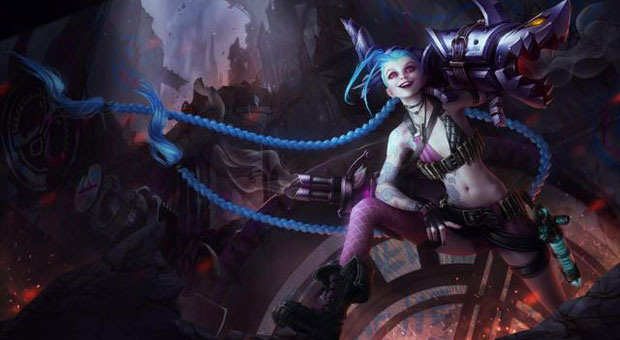 Riot Games, over at their official website, has just revealed a new hero League of Legends. Jinx, the Loose Cannon, is a marksman/AD carry who Riot describes as a “versatile marksman armed with an arsenal of eclectic weapons. Her assortment of arms wreaks a ton of havoc, enabling her to deal brutal bouts of damage at the expense of mobility”.

Jinx’s main ability, according to Riot, is “Switcheroo!” which lets her switch between her two weapons – a rocket launcher and a minigun – when the need arises. Her rocket launcher, called Fishbones, increases her basic attack range and turns them into AoE attacks that cost mana. And her mini-gun, named Pow-Pow, which makes Jinx’s basic attacks grant a stacking attack speed bonus for a short time that stacks up to three times. 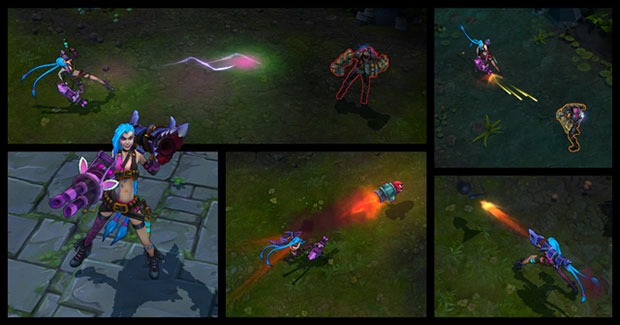 She also has abilities that either help Jinx escape, prevent ganks, zone enemies, or stop opponents from escaping. “Zap!” is a line attack that damages and slows the first enemy hit and “Flame Chompers!”, snare grenades that Jinx can throw out,  briefly roots enemy champions that step on them. Her passive ability, “Get Excited!”, increases her movement speed (that decays over time) whenever an enemy champion or tower that she’s recently attacked is killed or destroyed. This enables her to easily re-position herself, escape, or give chase during fights.

Jinx’s ultimate, “Super Mega Death Rocket!”, is “a global rocket that gains damage as it travels. The rocket explodes on the first enemy champion hit, dealing damage to the target and all nearby enemies based on a percentage of their missing health.”

Riot has not announced when Jinx will be released.