Ever since thin and light but powerful gaming laptops became a trend, manufacturers have been doing everything they can to try and stuff as much power into their gaming laptops while keeping its size and weight to a minimum. Because of this and the rising prices of components, gaming laptops have seen a steady rise in pricing over the past few years. Companies like MSI have tried to offset the rising gaming laptop prices by manufacturing multiple models in a wide range of specifications and price tags, to give buyers more options depending on their needs and budget. And the MSI GE72VR is just one of the many models the company released last year.

Targeted at the upper midrange gaming laptop market, the GE72VR features a simple but sleek design that comes in MSI’s signature black and red color scheme. The lid and the palm rest of the laptop come in a brushed aluminum while hard plastic is used for the display bezel and bottom shell. The aluminum portions of the GE72VR easily attract dirt, smudge, and fingerprints so bringing along a microfiber cloth would be a good idea to keep the laptop looking clean. The entire laptop weighs around 2.7 kilograms, which isn’t bad for laptop this size. It also measures around 32mm thin when closed so even if with its large display, it’s thin enough that it isn’t difficult to pick up and fit into a slim laptop bag.

The lid of the GE72VR features MSI’s gaming series emblem that lights up when the laptop is on while the front lip features its two speaker grills and three LED status indicators for wireless connectivity, battery, and HDD activity. The LED status indicators feel a bit misplaced though as they’re easily out of view when using the laptop. The rear of the laptop of the laptop has the Apache name printed in the center which is then flanked by the laptop’s two exhaust vents. Lastly, the bottom of the GE72VR features several exhaust vents for cooling as well as the laptop’s subwoofer grill.

Most of the I/O ports of the GE72VR are located on its left-hand side so users won’t have to worry about bumping into wires when they’re using a mouse. Specifically, the left-hand side of the GE72VR features two USB 3.0 ports, one USB Type-C port, one HDMI port, one Mini DisplayPort, one Gigabit Ethernet LAN port, one 3.5mm mic-in port, one 3.5mm headphone port, and a Kensington lock, while the right-hand side of the laptop features its optical disc drive, one USB 2.0 port, an SD card reader, and the AC adapter port.

The USB 2.0 port on the right hand side is perfect for an external mouse while the two USB 3.0 ports can be used for external storage or other devices such as a capture card or even a keyboard for those wanting to use the GE72VR as a desktop replacement. The USB Type-C port makes the laptop ready for current and future devices such as smartphones. The HDMI and Mini DisplayPort also allow the GE72VR to output video to up to two additional displays. And while other thin & light gaming laptops have completely dropped the optical drive, MSI has decided to keep it intact in the GE72VR, giving users more options to install content on the laptop.

As with most of MSI’s gaming laptop offerings of the past few years, the GE72VR is equipped with a full layout scissor switch keyboard designed by SteelSeries. The keyboard features full RGB LED backlighting that can be customized in a number of ways using the laptop’s included software. Typing on the GE72VR is relatively comfortable with the keys’ minimal travel (2mm) and slight bump when they’re bottomed out while the backlighting is adequate enough to illuminate the sides and labels of the keys properly without bleeding onto each other and reducing key separation.

The touchpad on the GE72VR is nicely integrated into the laptop’s palm rest, featuring the same brushed metal look as the rest of the palm rest except for the two buttons which are matte and plastic.The touchpad measures 10.9 x 6.2 cm and is separated from the rest of the palm rest by a slanted chrome border. The touchpad features a slightly rougher texture than the palm rest, which helps a bit in precision but the relatively small size of the touchpad makes performing larger gestures a bit harder. The buttons of the touchpad leave a bit to be desired as well as they’re a little harder to actuate when pushed down near the edges rather than dead in the center.

The GE72VR is equipped with four 2W speakers located under the front lip of the laptop, two on each side, and a single 3W subwoofer located on its underside. The four 2W speakers are able to output decent audio at full volume, enough to fill a conventional living room but it might have trouble in a noisy space. And while the subwoofer is a welcome addition, it isn’t as powerful as the other speakers so the bass tones feel left behind compared to the mids and highs. Gamers will still want to use a headset for better surround and positional sound.

As previously mentioned, MSI has positioned the GE72VR at the upper mid-range market and has equipped it accordingly with a 17-inch IPS panel with a display resolution of 1920 x 1080 pixels and a refresh rate of 60Hz, an Intel Core i76700HQ processor, a GeForce GTX 1060 graphics card with 6GB of GDDR5 VRAM, and 16GB of DDR4 RAM. In addition to that, it comes with a 256GB M.2 SSD and a 1TB 7200rpm hard drive for storage, 802.11ac Wi-Fi connectivity, and a 6-cell 51Whr internal battery.

MSI has also equipped with the GE72VR with their Dragon Center software where users can access several features such as an App Portal for running the rest of the laptop’s built-in software, a System Monitor for checking system activity and component temperatures, an LED wizard to control and customize the keyboard’s backlighting, a System Tuner where users can adjust several performance related features and settings, a Mobile Center where users can connect their smartphones to the laptop for remote control, and a Tool & Help center for features such as backing up the system and calibrating the battery.

Conducting maintenance on the GE72VR is slightly more tedious than other gaming laptops due to the absence of access hatches. While not as convenient as others, conducting maintenance on the GE72VR is still easily doable. To gain access to the GE72VR’s internal components, you’re going to have to remove its entire lower shell by taking out a total of 19 screws and then carefully prying the lower shell off the clips it’s secured to with a small flat tool. Once open, you can gain access to most of the GE72VR’s components for replacement, upgrading, or cleaning. Users can easily replace the laptop’s two RAM sticks, M.2 SSD, and 2.5-inch HDD. Users can also remove the cooling assembly to gain access to the GPU and CPU for replacing the thermal paste. 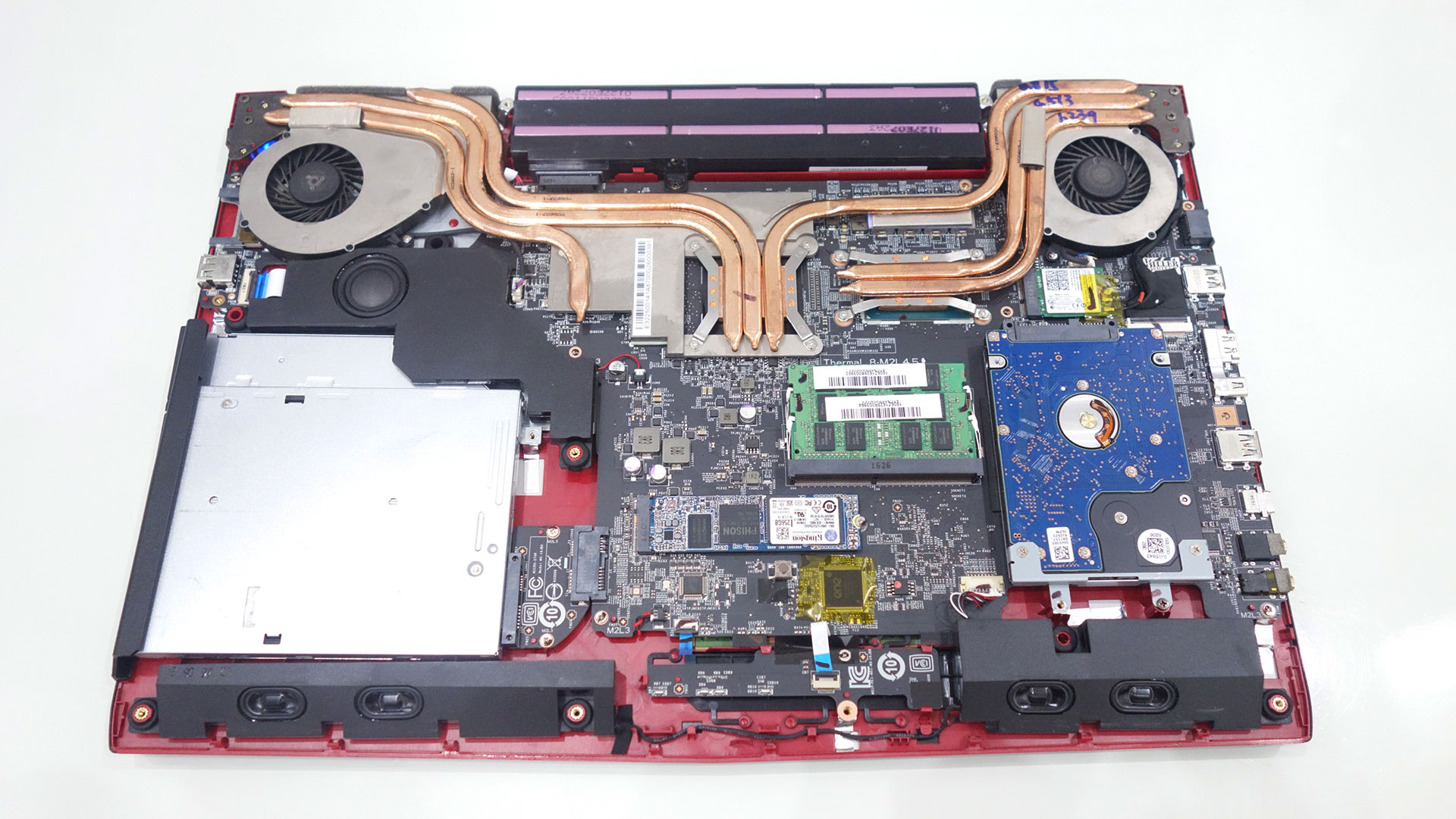 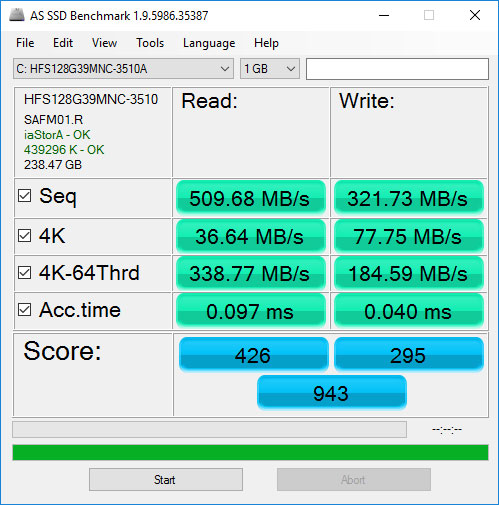 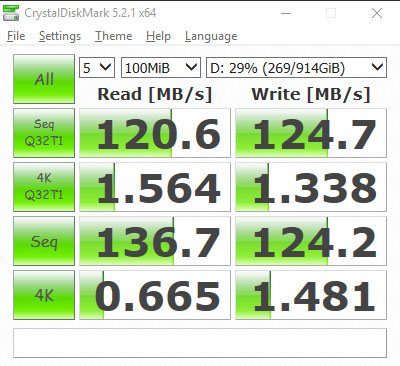 In our gaming performance test, the GE72VR was able to run most of our games at around or even above 60 frames per second at high settings. It was also able to achieve playable framerates when the graphical settings were set to their maximum. The only title the GE72VR struggled with was Deus Ex: Mankind Divided, where it failed to achieve 60 fps on high and went below 30 fps on Ultra. Regardless, the GE72VR will definitely able to run current and older games on at least high settings, although it might begin to struggle to achieve 60 fps in upcoming games.

The battery life of the GE72VR is probably its biggest weakness and disappointment. The 6-cell battery in the GE72VR only gives it only a little under two hours of battery life during minimal use and a little less than an hour with heavy use. While a short battery life is somewhat expected from gaming laptops because of their larger power draw from their more powerful components, the battery life of the GE72VR greatly limits its portability to venues with available power outlets. Additionally, not having the ability to purchase a second battery and replace it on-the-fly limits its portability even further. It must be noted though that our review unit wasn’t fresh out of the box so new units could achieve slightly better battery performance.

With a price tag of around Php115,000, the GE72VR is undoubtedly pricey. But its design and build quality, array of features, and impressive specifications easily help make up for it. And while its battery life leaves a lot to be desired, its thin and light design coupled with its desktop-class performance make it an excellent portable desktop replacement. If they can afford it, the GE72VR is a great choice for gamers looking for a gaming laptop that mixes both power and value well. While it isn’t the best laptop in the market and it has its own share of flaws, it’s definitely an impressive bang-for-the-buck solution for the upper mid-range segment and anyone who purchases it will find it hard-pressed to be disappointed.