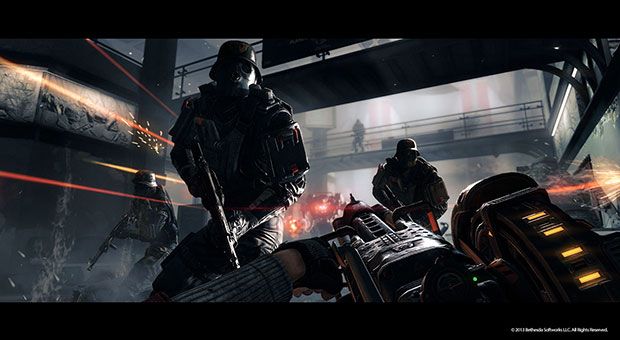 Bethesda Softworks has announced Wolfenstein: The New Order, a re-imagining of the classic first-person shooter series. Set in the 1960s, the game is being developed by MachineGames and is scheduled for a Q4 2013 release.

Wolfenstein: The New Order is set to be released on Xbox 360, PlayStation 3, Windows PC, and next generation consoles.

“We are excited to bring a new chapter of Wolfenstein to gamers everywhere,” said Jens Matthies, creative director at MachineGames. “As fans of the series, working on this game is an honor, and our team is driven to create an unforgettable action-adventure experience that will make FPS fans proud.”

An official announcement trailer has also been released and can be seen below: