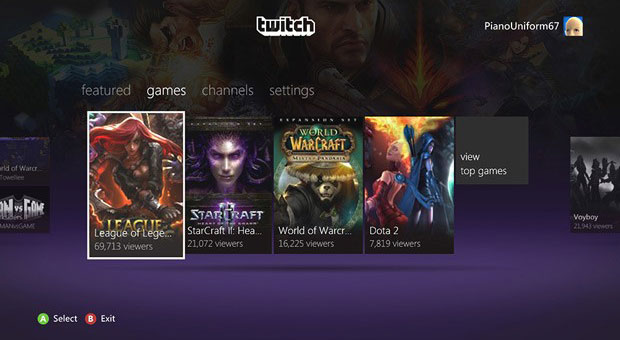 Microsoft has just released its own Twitch app for Xbox 360. Xbox LIVE Gold subscribers will be able to access the 300 most popular streams from Twitch. Users can browse through the top streams by popularity, individual games, or through the featured section of the dashboard for curated channels, tournaments and shows.

Microsoft has also scheduled an exclusive broadcast following the Xbox Revealed event on May 21. The stream will start at 3PM ET/12PM PT on the Xbox 360 Twitch app as well as on Twitch.tv.

Users can check out the app today by downloading it from the Xbox LIVE Marketplace.