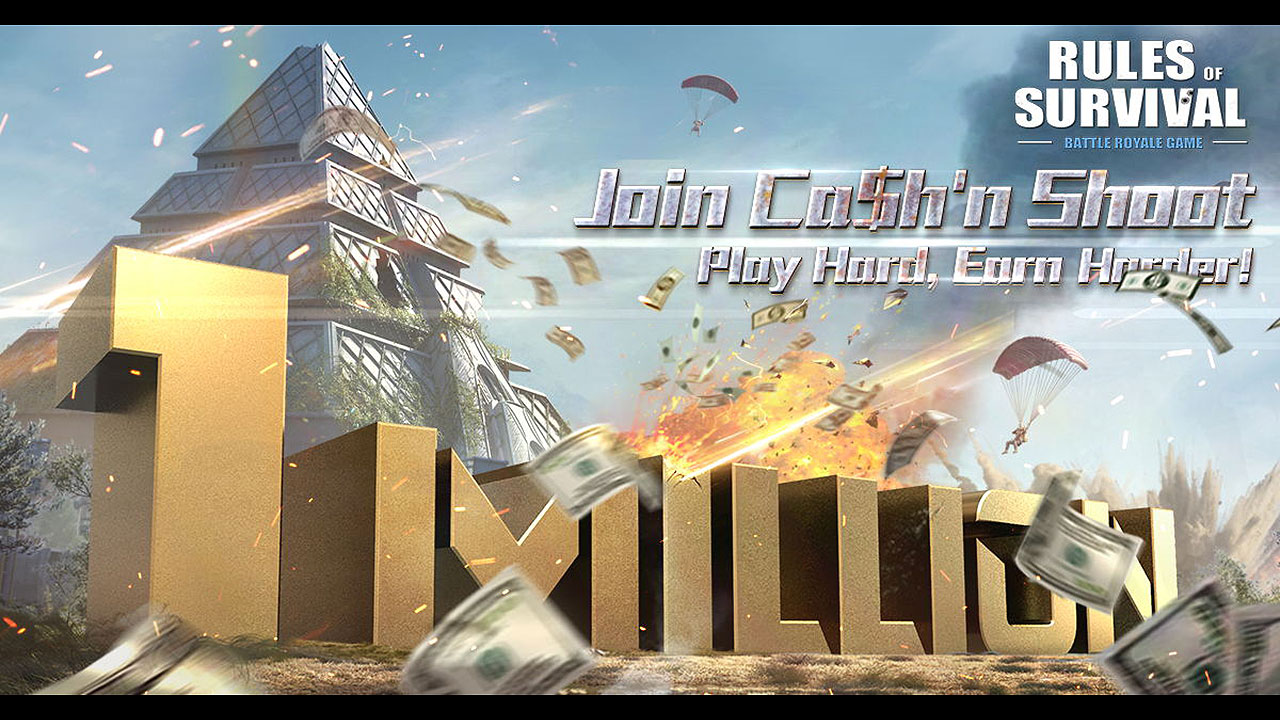 Rules of Survival is celebrating its 1-year anniversary this month and developer NetEase has announced the “Cash’n Shoot” carnival, which will give players a chance to win part of the event’s USD 1 million prize pool. The event will be set on Ghillie Island on the Asia server for mobile players using Solo Mode.

The “Cash’n Shoot” carnival, which starts on November 26, 2018, will include weekly competitions that players will be free to join. At the end of each week, the top 10,000 players in the game’s ranking/leader boards will be awarded with Gold Bullion. These items can then be exchanged for real money once players collect a certain amount.

NetEase has yet to announced how long the event will be held and just how many Gold Bullion players will need to collect to be able to exchange them for real money but more information for the event should be released on or before it starts on November 26, 2018.

More information on Rules of Survival and its anniversary events can be found on the official website.