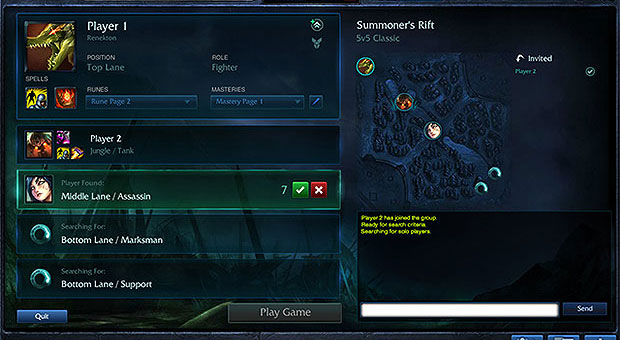 Riot Games is introducing a new Team Builder system to League of Legends. Team Builder allows players to queue a specific role, champion and position then get grouped up with four other people who’ve also preselected their preferred role, champion, and position. The purpose of Team Builder is to make it easier for people to be on the same page and create a more balanced team.

Jeffrey Lin, Lead Designer of Social Systems at Riot, said “Team Builder is intended to bring players together that complement each other’s expectations and intentions from the moment they enter the lobby. When everyone’s aligned on who will be going where and playing what, the only thing left to figure out is how to dominate the opposition.” 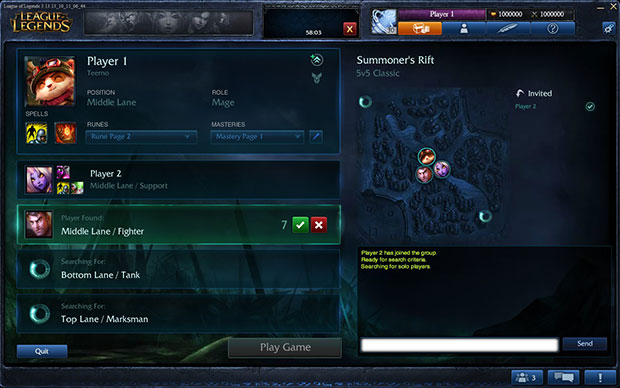 And to players worried about Team Builder enforcing the League of Legends meta (2 solo lanes, 1 duo lane, and 1 jungler), Jeffrey Lin has said, “Team Builder is all about introducing a new, cooperative Champion Select where players can agree to a strategy and team vision before entering a match. Players in Team Builder will be able to outline a strategy they are interested in playing, and the system will find teammates that share that vision. Feel like playing a double jungler strategy or want to send 5 players down the mid-lane? No problem. It might take longer to find 4 other players willing to try a crazy strategy but when you do, you’ll know the entire team is bought in and you’re going to have fun.”

Initially, Team Builder will be an entirely separate queue as Riot will want to first see how players react and respond to the new system.