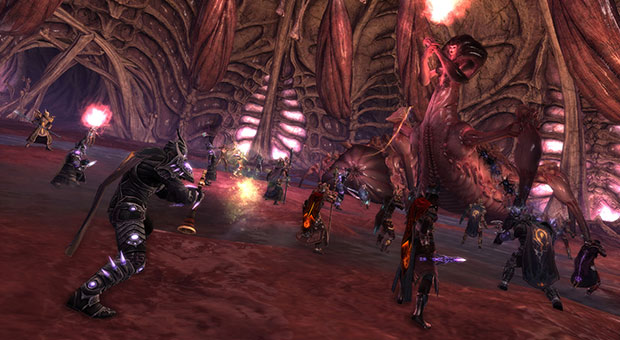 New players will have access to all the game’s content with no restrictions while those who choose to still subcribe, who will be known as Patrons, will receive special bonuses to currency, mount speed, daily boosts and summons, and more. Players may also avail of the subscription bonuses via Patron Passes that may be bought at the in-game store.

The in-game will also be expanded with the switch to Free-to-Play where they can purchase mounts, gear, boosts, companion pets, expansion Souls, services, and more. But Trion Worlds does assure players that the game will not become “pay-to-win” with the expansion of the in-game store and that the best items will still have to be earned.

“Trion has always been progressive with the way we’ve let people access RIFT, offering trials and referral offers since shortly after launch, Return to Telara events where we invited players to come back for free to see what they missed, partnerships with companies like Raptr, iGames, and others. Over the last two years, we’ve seen the online gaming market evolve and expand, with millions of new players in North America and Europe embracing free-to-play games. This is just the latest evolution of RIFT that will allow us to bring even more players into the world of Telara.” the developer said.

A new REX (Rift Exchange) and Loyalty system is also planned for release but details have yet to be released but will be announced in the next few weeks.

The transition to Free-to-Play will happen together with the launch of the next major content update 2.3,Empyreal Assault.

“As with all of the features we add to RIFT, we will continue to make changes to the game based on feedback from our players. It’s an ongoing process!”