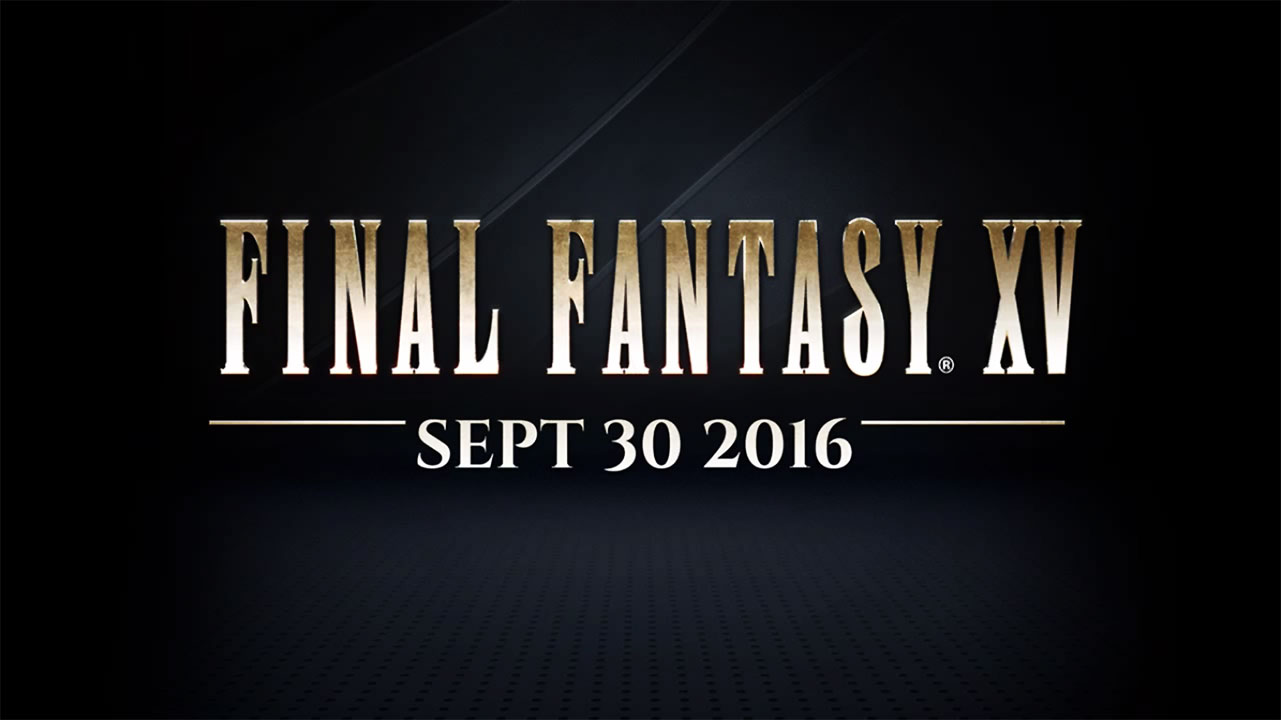 Final Fantasy XV has been in development for around 10 years now. I remember being in class at college when the game was originally announced and still named Final Fantasy Versus XIII. But now, almost 10 years later, the game is finally close to its official releas and Square Enix, at an online live streaming event called Uncovered, made a whole slew of major announcements regarding the game. Here’s the list of all the major announcements during yesterday’s event.

First off, Square Enix showed off new trailers for the game. The new main trailer, called Reclaim Your Throne, featured more in-game footage and cinematics with narration from King Regis as well as a beautiful rendition of Stand By Me by Florence & The Machine. The company also showed off new in-game footage of Chocobo riding, driving, combat, and more, as well as a new video showing some of the game’s beautiful environments. New art by legendary Japanese illustrator Yoshitaka Amano entitled “Big Bang” which features some of the games’ famous monster summons was also unveiled at the event.

To prepare fans for the release of the new major installment of the Final Fantasy franchise, Square Enix announced that it would, among other things, release an original anime series called Brotherhood: Final Fantasy XV, which reveals the story of how the game’s four main characters came together. All the episodes of the five-part series will be available online for free on YouTube, with the first episode already available to watch now. The rest of the episodes will be released consecutively before the launch of Final Fantasy XV. The anime series is being produced by A-1 Pictures who also worked on Sword Art Online, Black Butler, and the Persona anime series.

Aside from the anime series, Square Enix is also releasing a full CG movie called Kingsglaive: Final Fantasy XV which will also be released before the game comes out. The movie follows the story of King Regis, Princess Luna, and Nyx, a member of the elite soldier group Kingsglaive, as they fight to secure and protect the throne of Lucis for its future king. Kingsglaive features the voices of Game of Thrones actors Lena Headey and Sean Bean as Princess Luna and King Regis, respectively, while Aaron Paul from Breaking Bad fame will play the voice of Nyx. The movie will be available for streaming or download online as well as through Blu-ray later on.

Square Enix also announced a new demo for Final Fantasy XV called Platinum Demo which is now available for free on both Xbox One and PS4. The new demo features a unique and separate story from Final Fantasy XV which will not be included in the full game. It follows a young Noctis as he goes through an adventure within his dreams with the help of Carbuncle, one of the franchise’s recurring monster summons who plays his magical guide in this demo. Completing the demo will give players exclusive access to the Carbuncle Summon DLC for Final Fantasy XV when it launches.

Final Fantasy XV will be available in three editions – a Standard Edition, priced at around Php2,999, as well as two collector’s editions. The two collector’s editions – the Deluxe Edition and the Ultimate Collector’s Edition will be priced at around Php4,699 and Php16,999, respectively. The Deluxe Edition will come with a steelbook cases for the game disc and Blu-ray of the Kingsglaive movie as well as a set of bonus DLC including a bonus outfit, weapon, and skin for Noctis’ car. On the other hand, the Ultimate Collector’s Edition will come with the same stuff as the Deluxe Edition but with the addition of a hardcover art book, a soundtrack, an exclusive Play Arts Kai Noctis figure, four additional in-game DLC, and the exclusive sixth episode of the Brotherhood anime series.

Lastly, the game’s director Hajime Tabata came on stage to announce the official release date of Final Fantasy XV which will be on September 30, 2016. The game will be exclusively available for both Xbox One and Playstation 4 but Tabata-san said that a PC version isn’t completely out of the books in the future. Pre-orders for Final Fantasy XV are already open from several online and local retailers such as Datablitz and iTech/GameOneGadget.