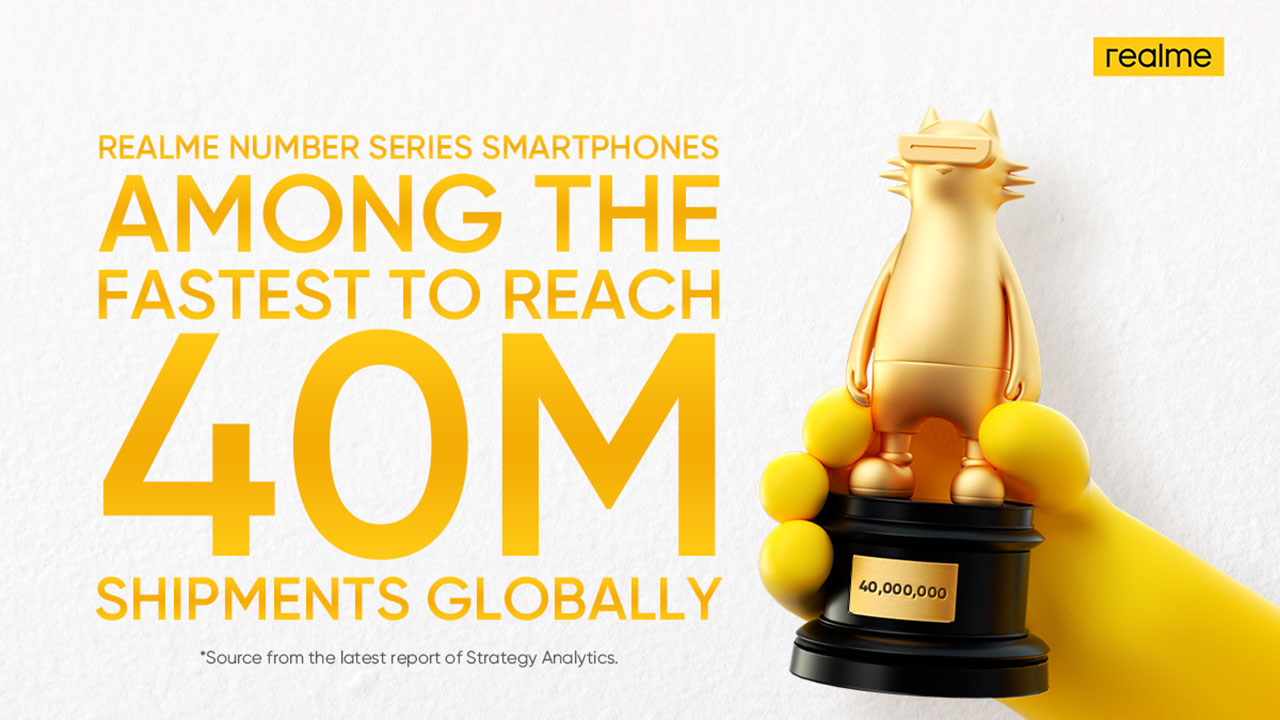 realme has has shipped 40 million units of its Number Series smartphones, according to a report by global research firm Strategy Analytics. The relatively young smartphone company was successfully able to reach the milestone in less than four years, making the Number Series one of the fastest Android smartphone product lines to do so.

The current consolidated sales of the Numbers Series currently ranks fourth among the so-called “New Age Smartphone Families,” which include the OPPO Reno series, vivo iQOO series, and the realme C series.

The Numbers Series was also pivotal to helping realme become the fastest brand in smartphone history to ship 100 million units. The product line is currently headlined by the realme 8 Series, which was launched in the Philippines in 2021 where the company was ranked no. 1 for the first three quarters of 2021 based on reports by research firms Canalys and IDC.

The success and milestones that realme has achieved ever since it first launched in 2018 has led the company to work on its first-ever high-end flagship, the realme GT 2 Series, which is set to launch sometime this year.