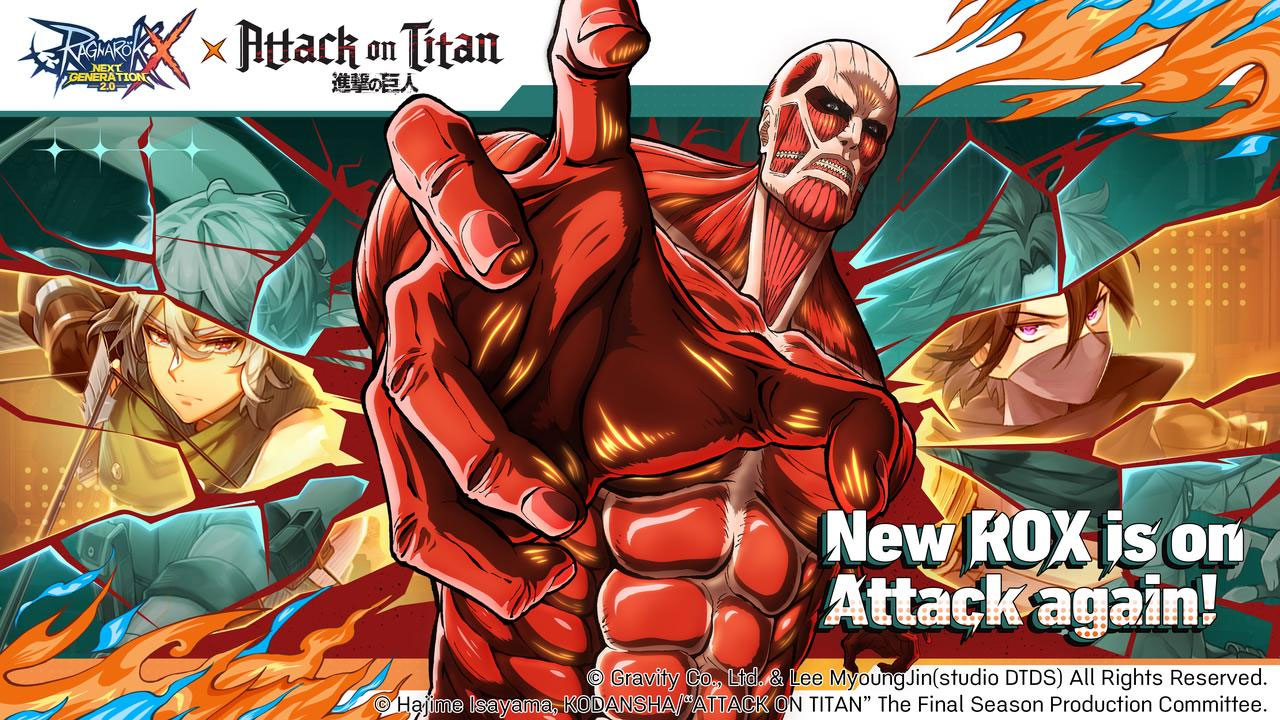 Ragnarok X: Next Generation is celebrating its 1-year anniversary with the launch of its collaboration with popular anime and manga series Attack on Titan. During the event, players will be able to participate in a event-exclusive game mode and collect an array of event-exclusive costumes, mounts, pets, and more.

Players who have reached or surpassed Base Level 20 will unlock the limited-time “War of Freedom” game mode, which pits two groups of players against each other in the roles of Survey Corps and Titans, respectively. Five players will play as members of the Survey Corps while three will take on the roles of the Colossal Titan, Armored Titan, and Beast Titan, respectively. The two teams will have specific weapons and abilities available for them to use during each match. 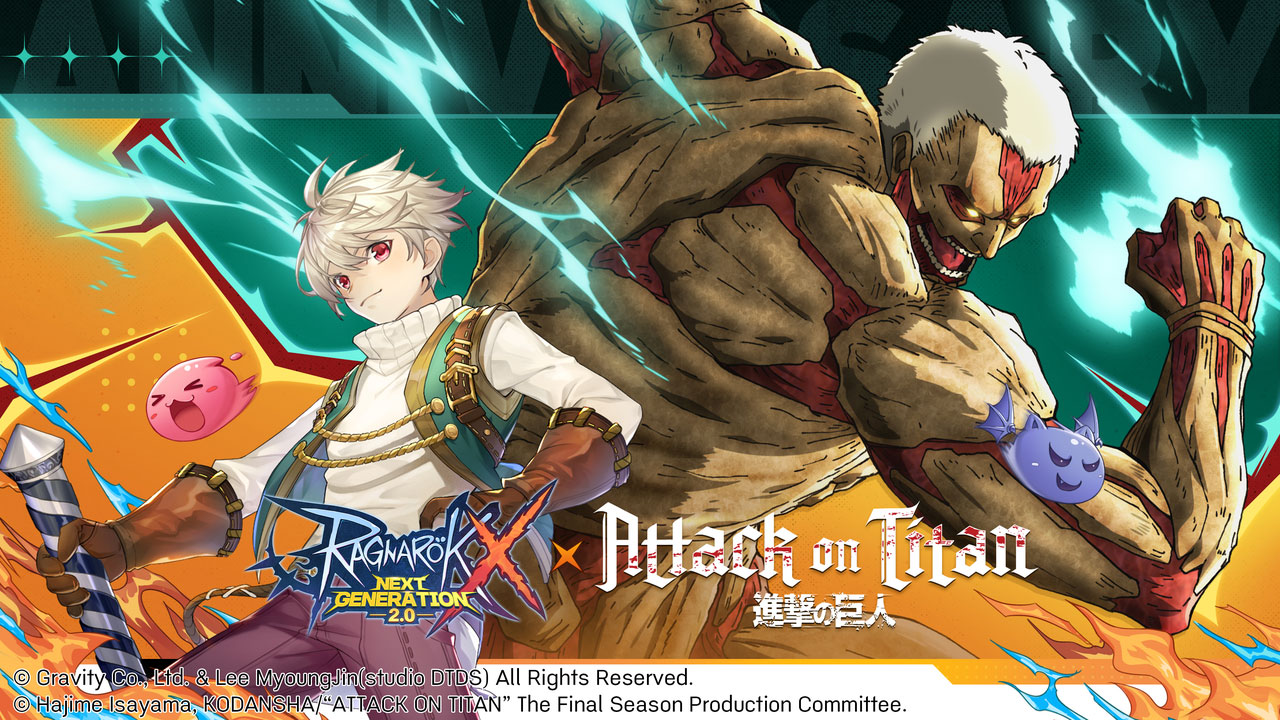 During the event, players will be able to collect several collaboration-exclusive costumes, including the “Levi Cleaning Face Covering,” “Levi Cleaning Bandana,” Training Corps Uniform,” Survey Corps Uniform,” and “3D Maneuver Gear.” A Cart Titan mount and a Colossal titan pet will also be available during the event. Lastly, players will be able to collect the iconic “Sacrifice Heart” emote.

Apart from the Attack on Titan collaboration event, Ragnarok X: Next Generation is also celebrating its 1-year anniversary  with the arrival of two new second classes, Monk and Crusader, as well as the multi-class feature.

Players can visit the ROX Anniversary Pre-Registration Page to apply for the new second classes as well as register for the event to not only receive a celebratory “Poring’s Party Hat” but also get a chance to win several prizes including a Huawei Nova 9 and Huawei MatePad 10.4. The pre-registration page also features a hidden Easter Egg that will reward those who find it with special gift packs in the game.

More information on all the Ragnarok X: Next Generation 1-year anniversary events can be found on the pre-registration page.