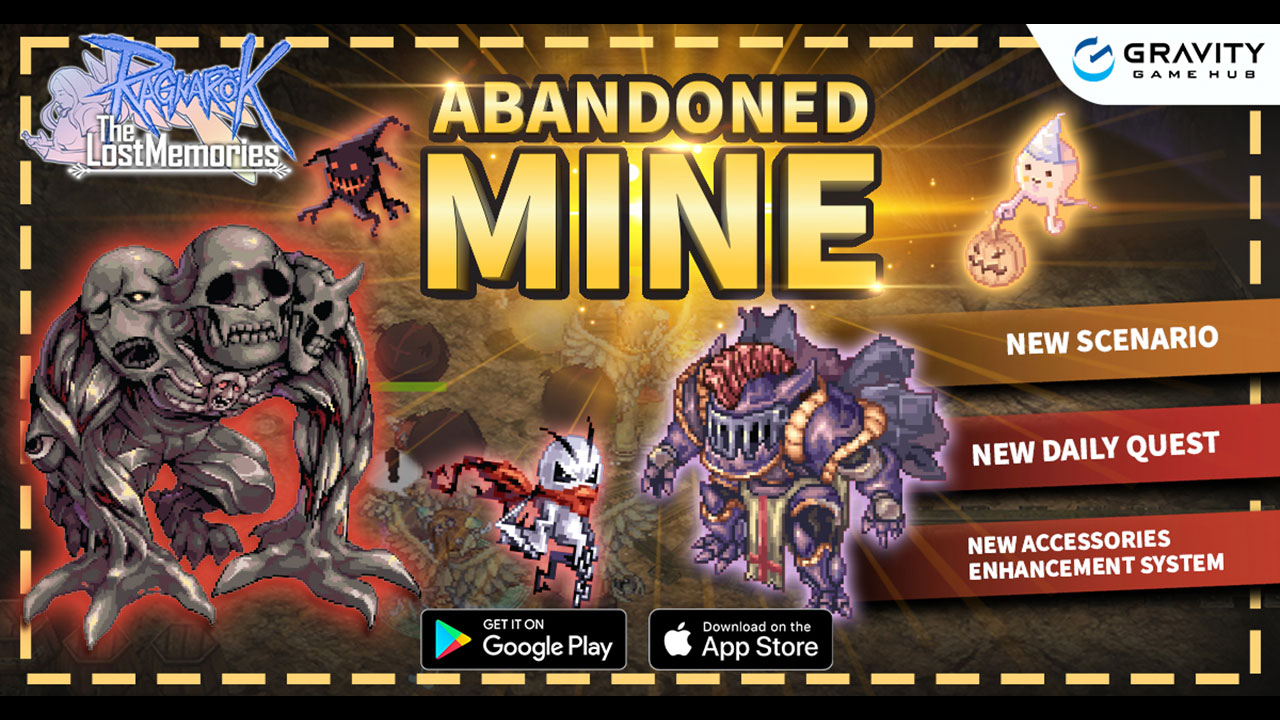 Ragnarok: The Lost Memories has released its new Abandoned Mine patch, which brings the titular dungeon as well as a slew of new scenarios and quests to the mobile game. The new JRPG Card Battle mobile title based on the popular Ragnarok Online franchise was released just last December 2021 on both iOS and Android by publisher and developer Gravity Game Hub.

The Abandoned Mine dungeon will feature new monsters across its three floors, including the Dullahan, Disguise, Gibbet, Cube and Lude, among many others. The dungeon will also feature a new boss called the Screaming Soul. The new scenarios and daily quests that the new dungeon offers will reward players with the Netherworld’s Gem and Pure Crystal. These materials can also be obtained by eliminating the Abandoned Mine’s monsters. They can bused to enhance the Scaraba Purfume, Magic Tears, and Octopus Skewer.

Ragnarok: The Lost Memories is also making its Call to Hero package available from February 8 to 22, 2022, which features the new hero Charvel. Players can obtain the new hero’s Exclusive Contract for free by completing a set of missions or by purchasing Charvel’s Exclusive Contract Package (which also includes Charvel’s Soul Weapon) after completing the Hero’s Calling event missions.

To celebrate the release of the new patch, Ragnarok: The Lost Memories has also shared a bonus code that players can use, which can be redeemed until February 22, 2022: JWFB-2LUQ-SM40

Rangarok: The Lost Memories is available on iOS and Android.