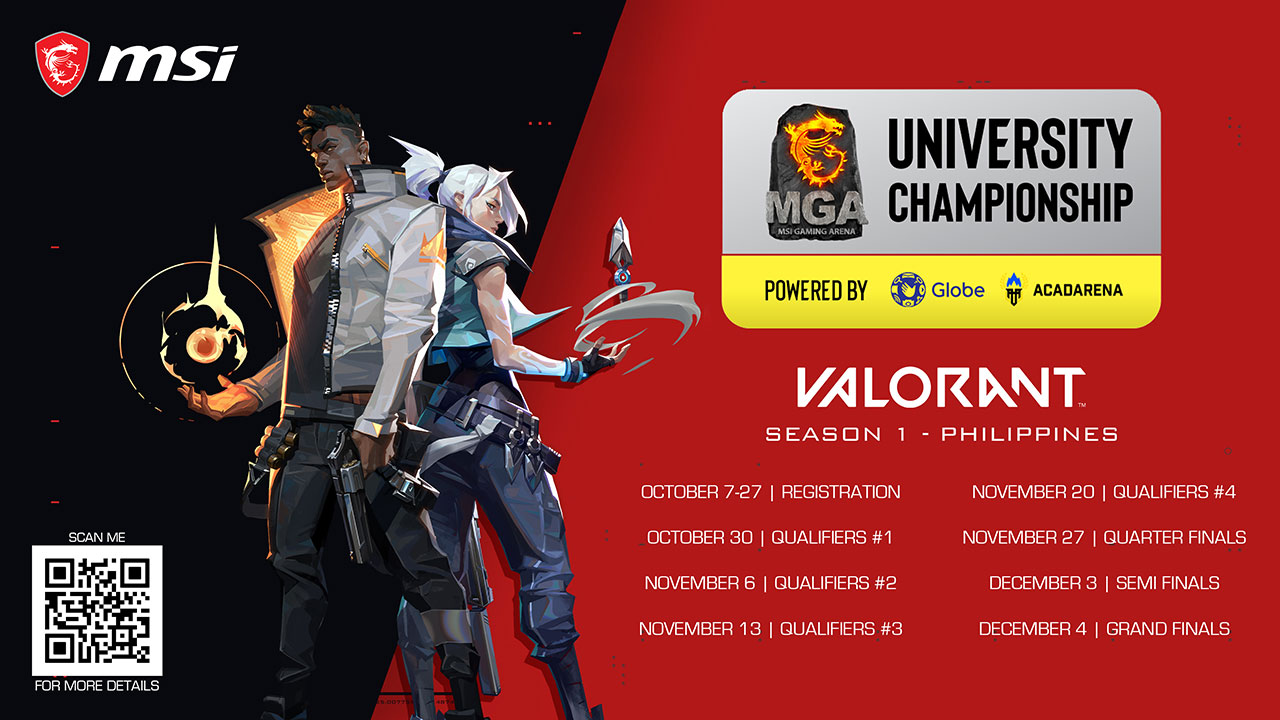 MSI has announced its first-ever collegiate esports tournament in the Philippines. Dubbed the MSI Gaming Arena University Championship, the event has been previously held in other countries in Southeast Asia including Thailand, Malaysia, Singapore, Vietnam, as well as Indonesia, and is now coming to the Philippines.

The MGA University Championship in the Philippines will feature the popular competitive first-person shooter Valorant and is being organized in collaboration with AcadArena, the leading organization for campus gaming and esports education in the Philippines. The event will also be sponsored by Globe telecom and will have a prize pool of PHP 200,000.

Registration for the tournament begins on October 7 and will be open until October 27, 2021. Here is the schedule for the MGA University Championship in the Philippines:

“MSI together with AcadArena, ESL Gaming, The Gaming Company, One Up esports, Riot Games, and VNG are proud to bring the heat and thrill of gaming experience among universities in the Philippines.” said Jessica Chen, MSI Philippines General Manager. The program will adhere as closely to local school schedules as possible. “We highly encourage the students to join the fun and the spirit of competition, hoping this could relieve a bit of their stress from the ongoing pandemic and online classes.” she added.

More information on the MSI Gaming Arena University Championship can be found on the official website.