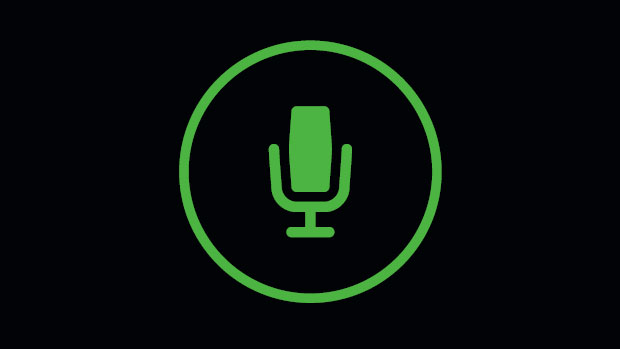 Microsoft has published a list, in image format, of all the currently available Xbox One voice commands and their functions. The image also contains a short guide to calibrating your Kinect to your voice.

The list is divided into categories such as Voice Shortcuts which includes turning the Xbox One on or off, using the Kinect’s QR code scanner, and a help command for the current app in use. Other categories include Identity, Gaming, and Volume which have commands for controlling the currently logged in Xbox Live account, adjusting the volume, recording 30 second clips of gameplay, and launching the Xbox Live Party app in Snap mode. 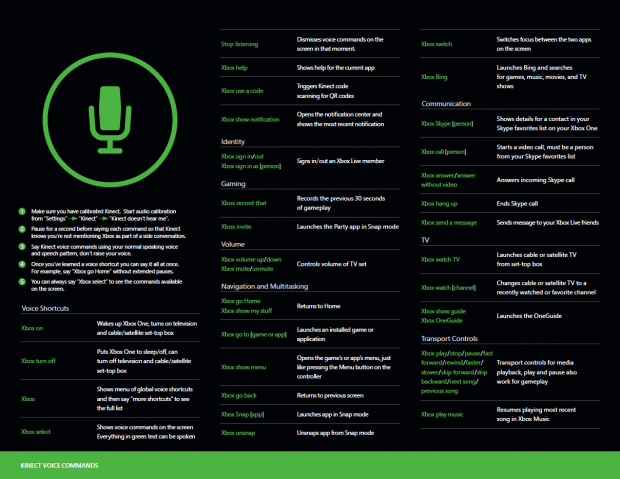 The list also includes the navigation and multitasking voice commands that include the basic navigation of the Xbox dashboard, activating the Xbox Snap command, starting games or apps, switching between apps, using Bing, using Skype, controlling your TV, and controlling the currently active media.

Microsoft has not announced yet whether more voice commands will be implemented but as new apps get developed for the Xbox One, it’s very likely that this list will continue to grow as this next generation of consoles progresses.