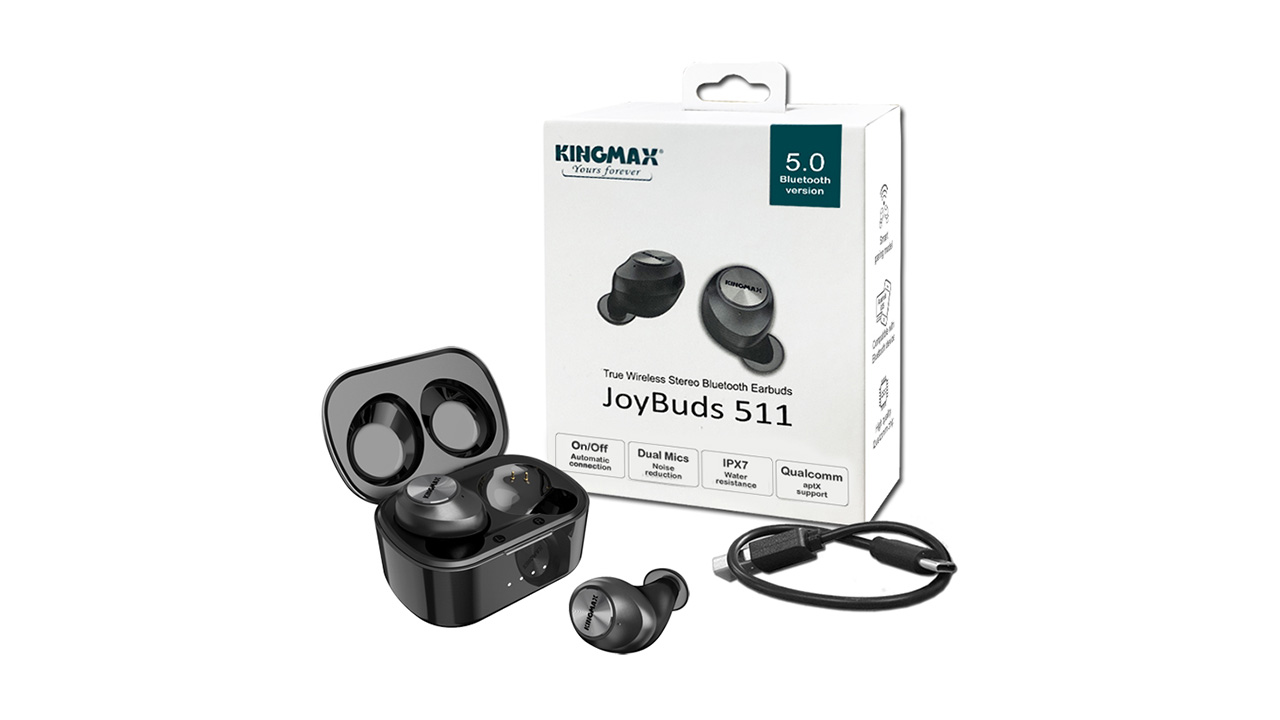 According to Kingmax, the JoyBuds511 feature a wireless transmission range of 10 meters. The earbuds themselves are powered by 16ohm 6mm drivers that have a sensitivity range of 91dB±3dB, a frequency response of 20Hz~20KHz, and an impedance of 16 ± 15%?.

As with most TWS Bluetooth earbuds, the JoyBuds511 come with a charging case and several ear tips to suit different users. Kingmax has said that the JoyBuds511 feature a battery life of up to 6 to 7 hours and, with the 480mAh charging case, are capable of a total of 26 hours of usage time before the case needs to be charged.

The Kingmax JoyBuds511 are expected to release in several countries via both online and physical stores sometime in May 2020.