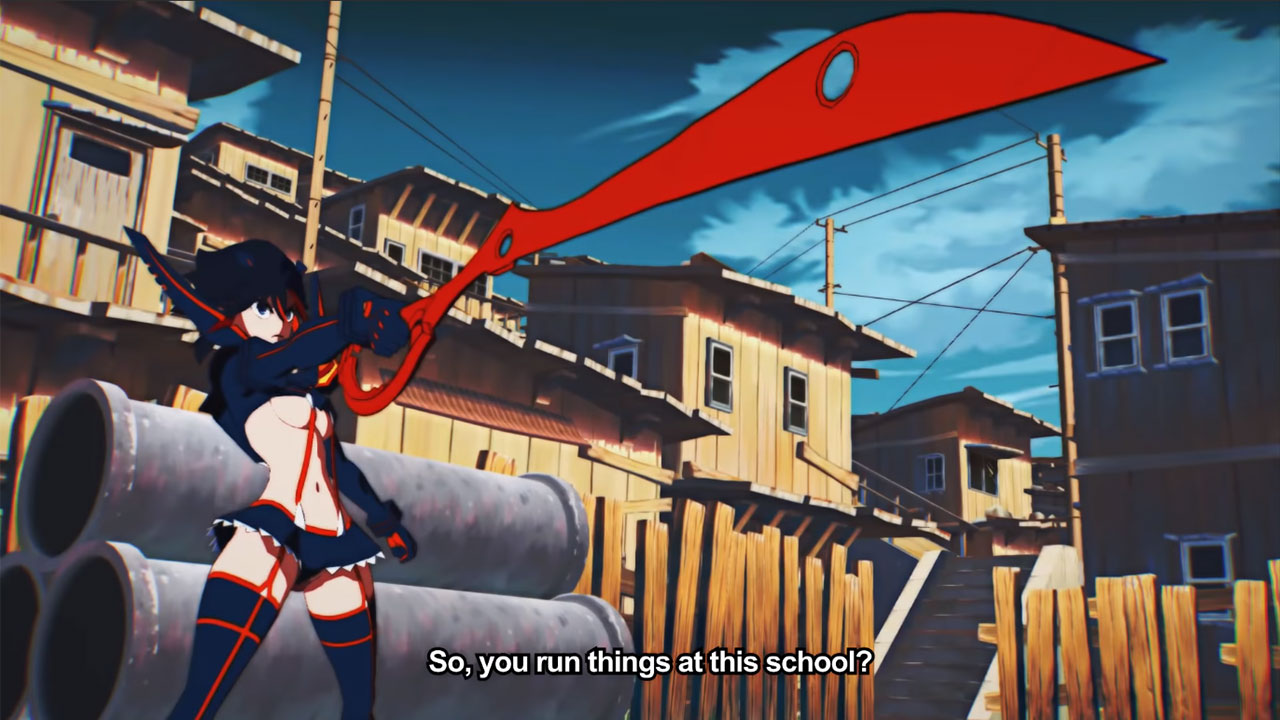 Kill la Kill the Game was one of the surprise announcements of the past month and a new trailer released at Anime Expo 2018 shows off some of its gameplay. The new title is based on the popular anime series of the same name produced by Studio Trigger.

The new trailer features two of the series’ main characters Ryuuko Matoi and Satsuki Kiryuuin in their transformed kamui (god robe) as they battle it out in one of the game’s stages, which looks like the slums area from the anime. Looking at the trailer, Kill la Kill the Game is an arena fighting game that features the cel-shaded visual style that Arc System Works is known for.

Kill la Kill the Game is scheduled for release sometime in 2019 for the PlayStation 4. You can check out the new gameplay trailer below: