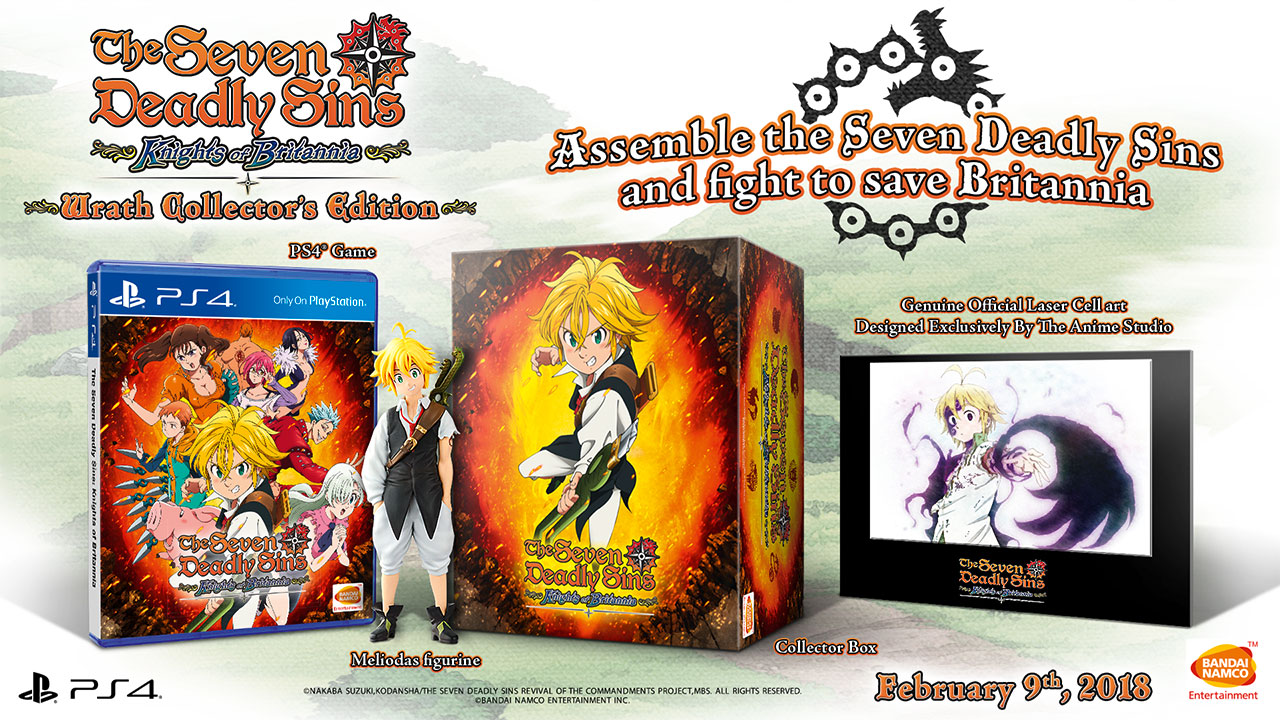 Here’s When The Seven Deadly Sins: Knights of Britannia Will Be Released, Collector’s Edition Unveiled

Along with the announcement of the game’s release date, Bandai Namco also showed off and unveiled the Wrath Collector’s Edition. Aside from the game itself, the collector’s edition also comes with:

Bandai Namco also revealed a bit of information on the upcoming game including two of its game modes which include the Adventure Mode and the Duel Mode. The former is a story mode that follows the events of the anime while the latter is the standard arena versus mode with 1v1 and 2v2 modes as well as character customization. Additionally, there will be a total of 20 playable characters in the Duel Mode.

As previously mentioned, The Seven Deadly Sins: Knights of Britannia will be released on the PlayStation 4 on February 9, 2018. It will be available in both digital and boxed versions with Japanese voice-overs and English subtitles.