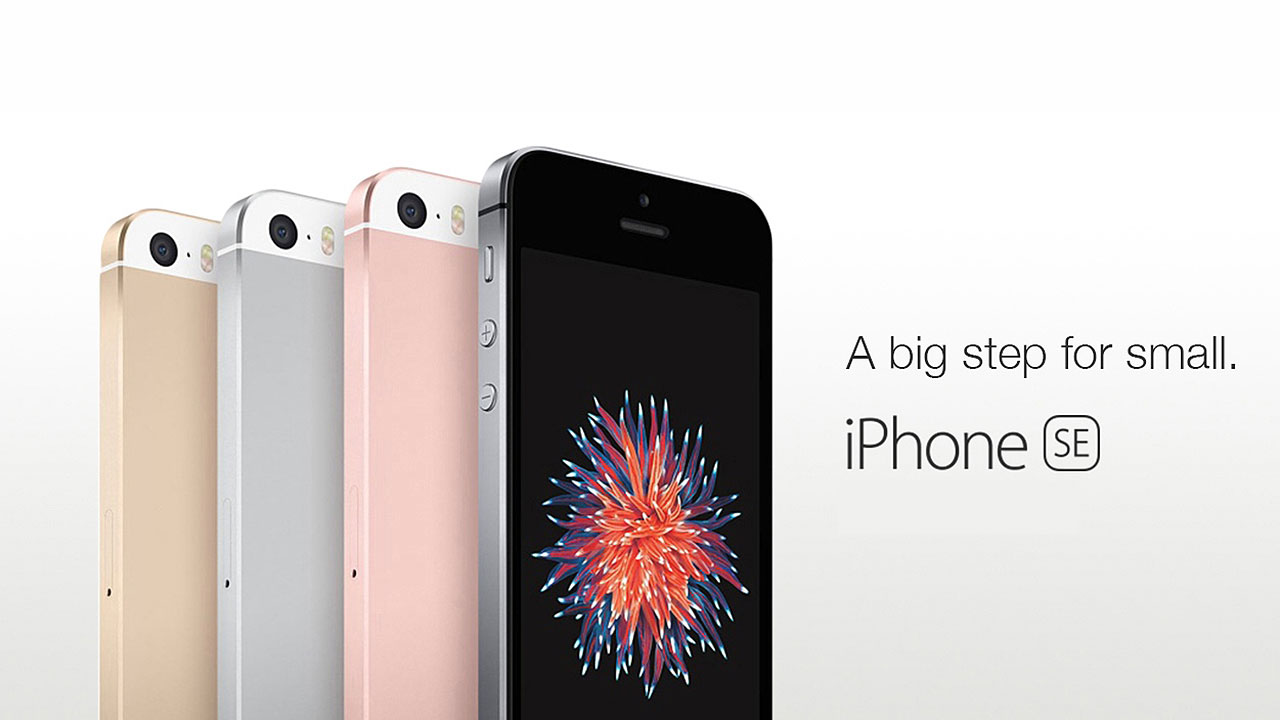 Apple’s new entry-level iPhone model, the iPhone SE, which features a 4-inch screen, an Apple A9 processor, and a 12-megapixel rear camera, has finally arrived in the country and two of the country’s biggest telecom networks, Smart and Globe, have announced their offers for this latest and more affordable Apple smartphone.

For those who want to get the iPhone SE through Smart, the company offers two main avenues to get the new phone – iPhone Plans and All-in Plans. While the iPhone Plans come with a set amount of data, calls, texts, and freebies depending on the level of the plan the All-In Plans can be somewhat customized to meet the user’s needs. There are five iPhone Plans and five All-In Plans available including Plan 799, Plan 999, Plan 1500, Plan 2000, and Plan 2499, as well as Plan 500, Plan 800, Plan 1200, Plan 1800, and Plan 2500, respectively. The cash-out for each plan also differs but you can get the iPhone SE for free starting from iPhone Plan 1500 (with a 24-month lock-in) and All-In Plan 2500. It must be noted though that for now, only the 16GB variant of the iPhone SE is available with Smart in either Rose Gold or Space Gray. 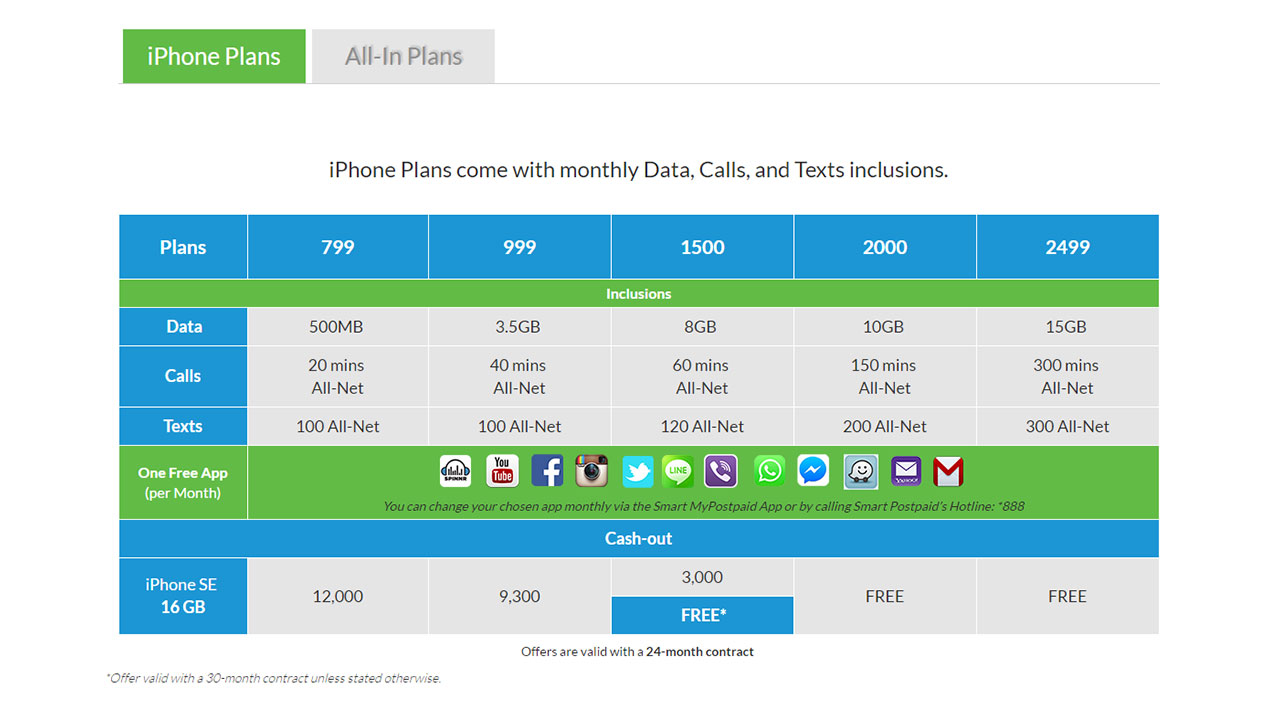 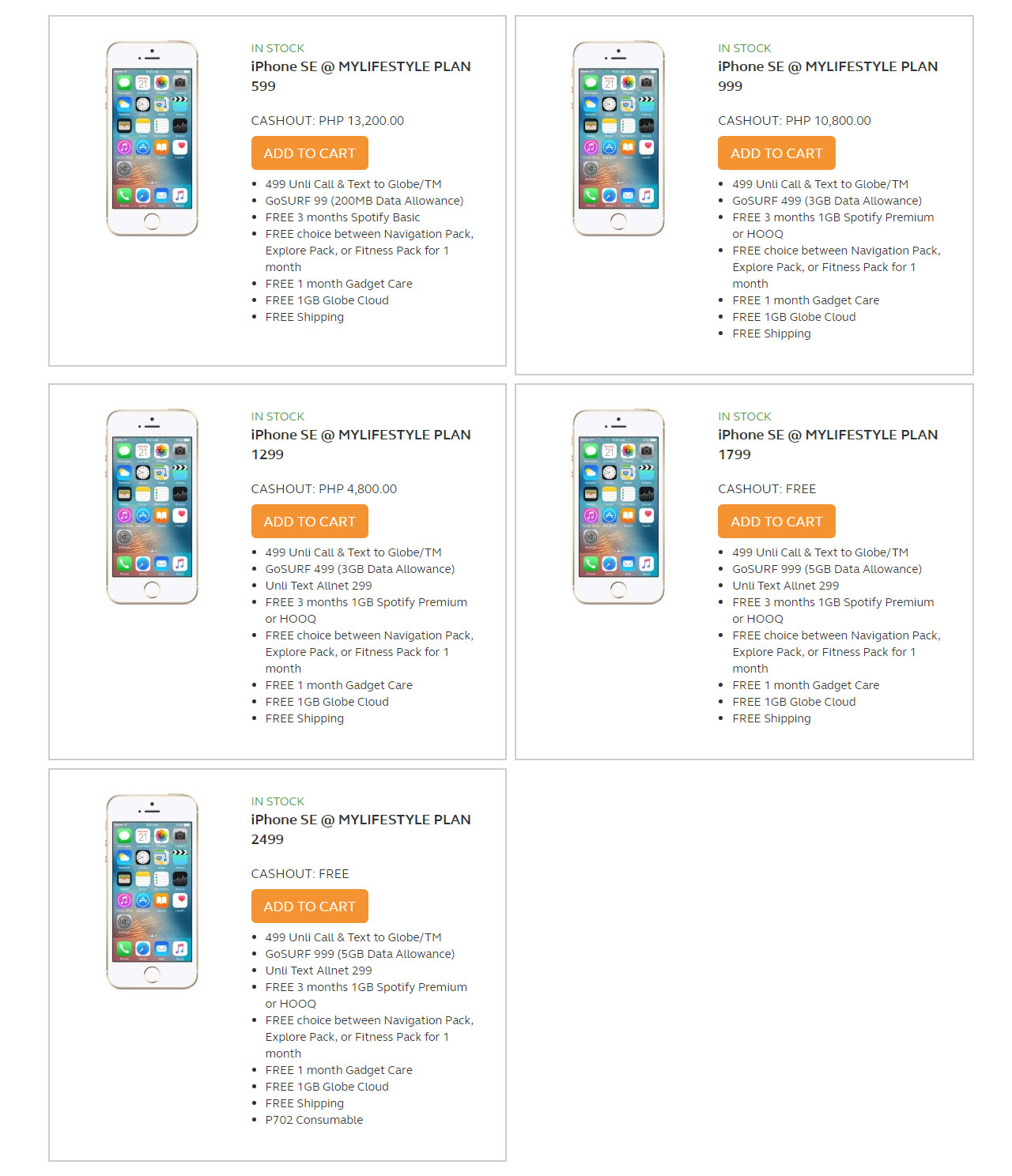