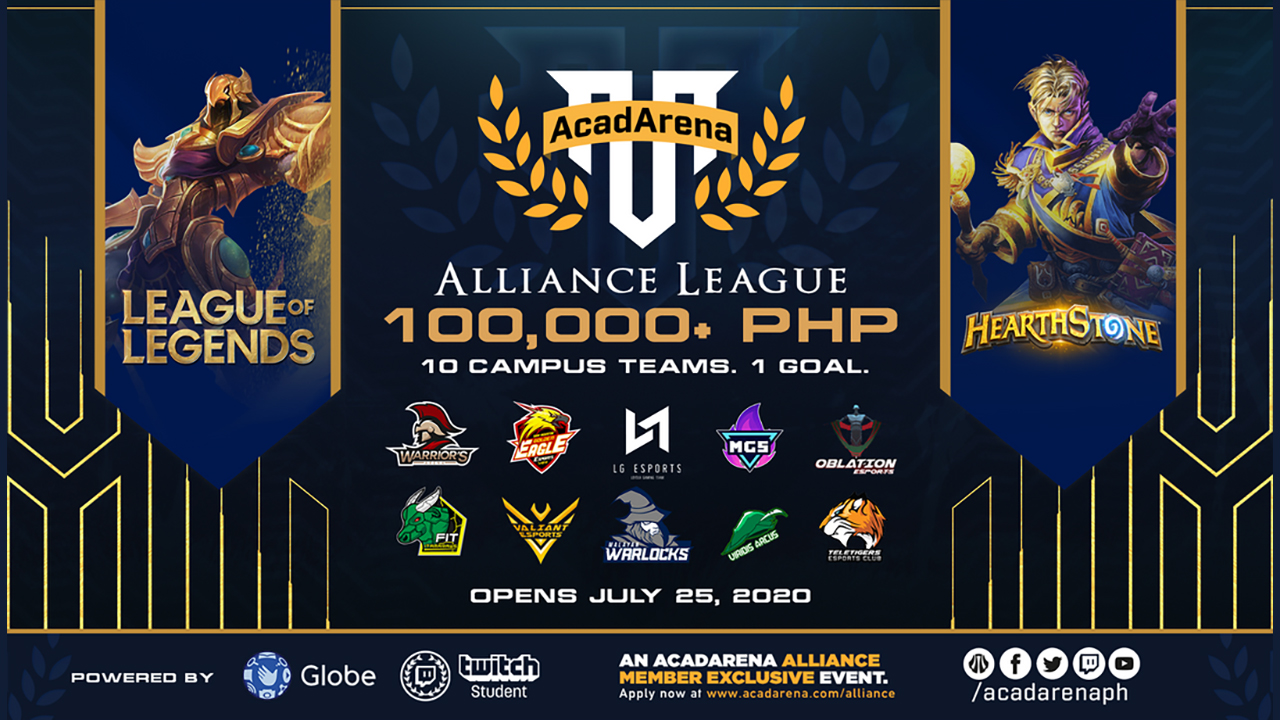 Globe and Esports AcadArena have launched several esports initiatives for the 3rd quarter of 2020 including the previously announced Alliance Program as well as the Mobile Legends National Cup.

The Alliance Program, also known as the Alliance League, includes ten (10) campus student organizations that will be given “hands-on training and infrastructure support” for the League’s inaugural season, which will feature both League of Legends and Hearthstone.

The first season of the Alliance League will be held every Saturday until August 29 from 2:00 PM to 8:00 PM, with the semifinals set to happen on September 12 and 13 and the finals on September 19. The League of Legends tournament will feature a round-robin format with two groups of five teams wherein the top two teams from each group will advance to the semifinals for a best-of-5 series. As for the Hearthstone tournament, it will feature a 16-player elimination bracket.

The tournaments will be streamed exclusively on www.twitch.tv/acadarenaph. More information on the tournaments as well as the participating teams can be found on the official Alliance League website: www.acadarena.com/alliance. 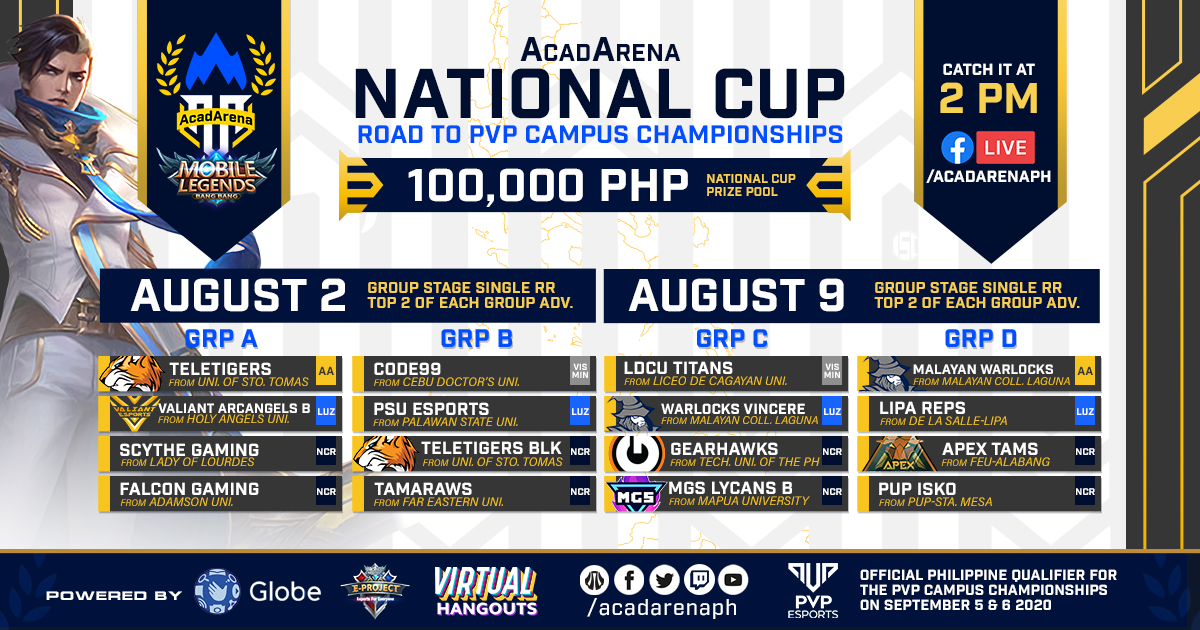 As for the Mobile Legends National Cup, it will serve as the official Philippine qualifier for the PVP Esports Campus Championship, the regional esports league hosted by Globe partner, Singtel.

The qualifying rounds of the Mobile Legends will be held every Saturday until August 16 (2:00 PM to 8:00 PM), with the playoffs happening on August 23. The winning team will then participate in the PVP Esports Campus Championship on September 6.