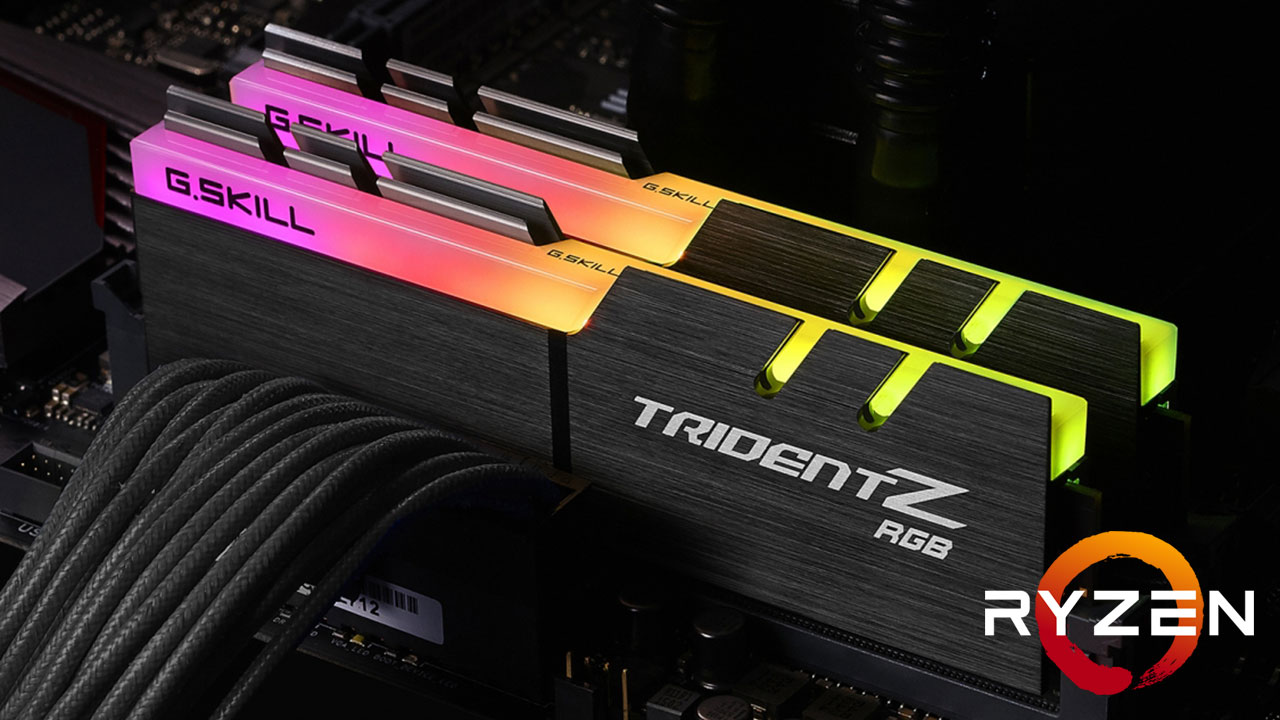 The new memory kits come in four different configurations from DDR4-2400MHz CL15 up to DDR4-3200MHZ CL14 and module kits as large as 128GB (8x16GB) with some catering to Ryzen’s dual-channel support with two- or four- module kits and Threadripper’s quad-channel memory support with four- or eight- module kits.

To make it easier for consumers to differentiate between the Intel and AMD-optimized Trident Z RGB memory kits, AMD has added an “X” to the end of the model numbers for the AMD-optimized variants.