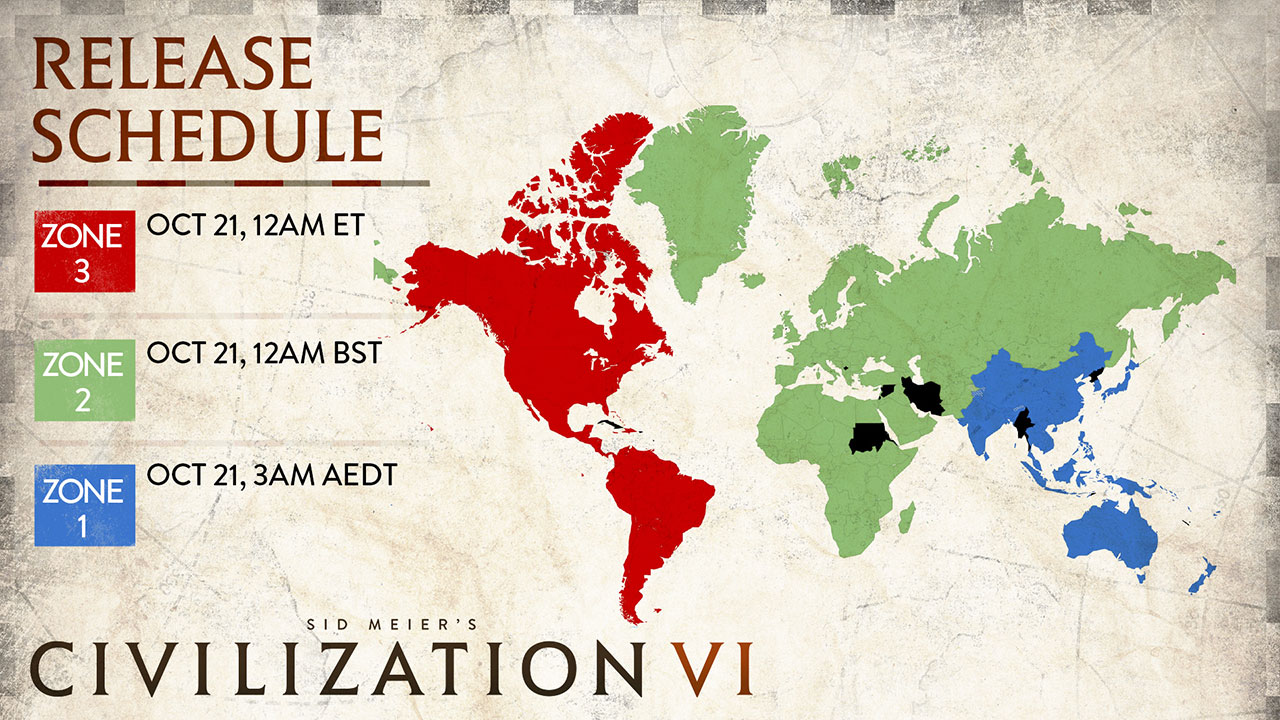 2K Games, the publisher of Civilization VI have officially announced that the pre-load for the next major installment of the Civilization franchise, set to release on October 21, 2016, is now live on Steam so those who have pre-ordered the game through there may now begin downloading the game onto their systems to prepare for Friday’s release.

2K Games also announced the region unlock schedule for the game’s release. The company has set three unlock regions for the release of Civilization VI. Zone 1, which encompasses Southeast Asia, Japan, Korea, India, and more, will have the game unlock on October 21 at 3AM AEDT (Australia Eastern Daylight Time); Zone 2, which covers Europe, Russia, Africa, the Middle East, and more will be able to play starting at 12AM BST (British Summer Time); And Zone 3, which will cover North and South America as well as Canada and the surrounding regions will get to play at 12AM ET (Eastern Time). For us in the Philippines and surrounding countries in the same time zone, we’ll be able to play at exactly 12mn GMT+8.

The company also noted that all pre-orders of Civilization VI including its Standard Edition, Digital Deluxe Edition, and 25th Anniversary Edition will receive early access to the game’s first set of DLC, the Aztec Civilization Pack, which includes:

The company also released the Launch Trailer for the highly-anticipated new entry into the franchise: