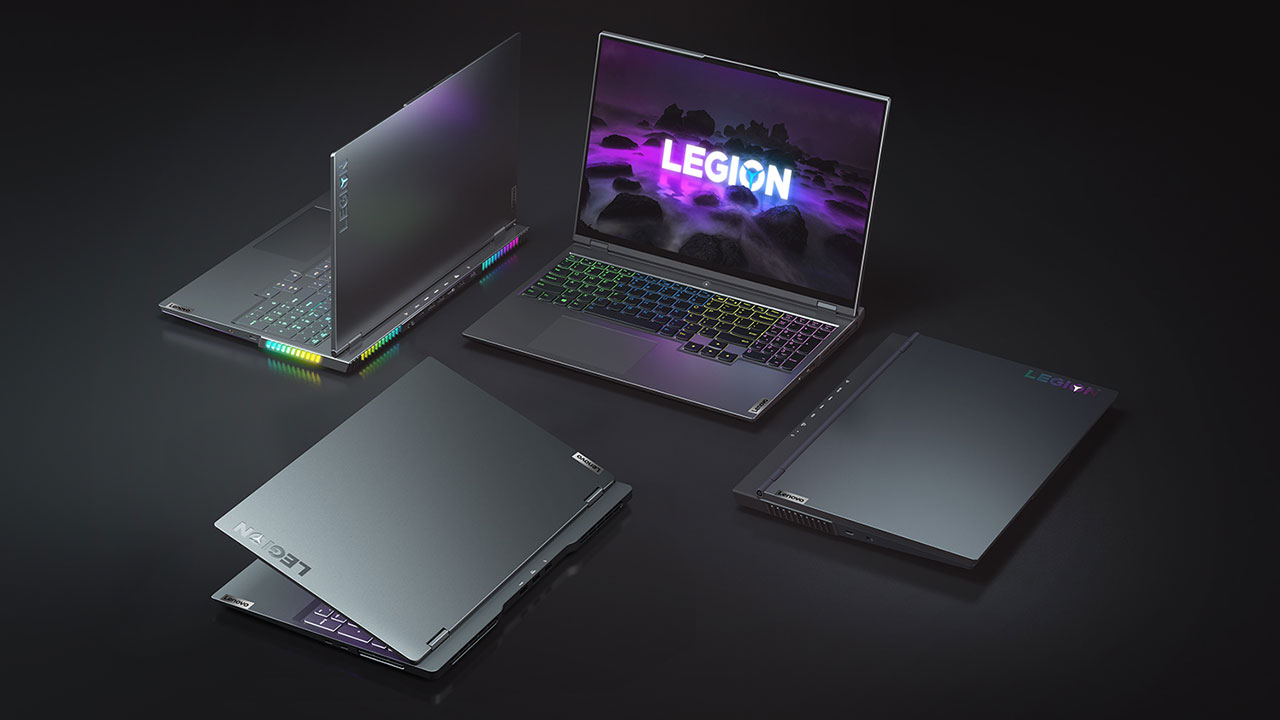 Apart from the new CPUs and GPUs, Lenovo is also introducing its first laptops with 16-inch QHD (2840 x 1600) IPS displays with the new Legion 7 and Legion 5 Pro. The new displays feature a 16:10 aspect ratio, which offers slightly more screen real estate than conventional 16:9 displays, as well as a 165Hz refresh rate, 3m response time, and support for both NVIDIA G-Sync and AMD FreeSync.

The new laptops also feature Lenovo Legion AI Engine and Coldfront 3.0 Thermal Management that help optimize that performance of the laptops while keeping its thermals stable. Each of Lenovo’s Legion laptop models also come with the feature to instantly control the fan speed and voltage profile using the Function + Q shortcut.

The new laptops are also equipped with Harman speakers optimized by Nahimic Audio that include features such as 360-degree audio, Night Mode, Sound Tracker, the ability to stream audio to two headsets via Sound Sharing, and streaming to multiple Bluetooth speakers via BT Link.

Other features of the new Lenovo Legion laptops include the company’s Legion TrueStrike keyboard and Lenovo Vantage software. 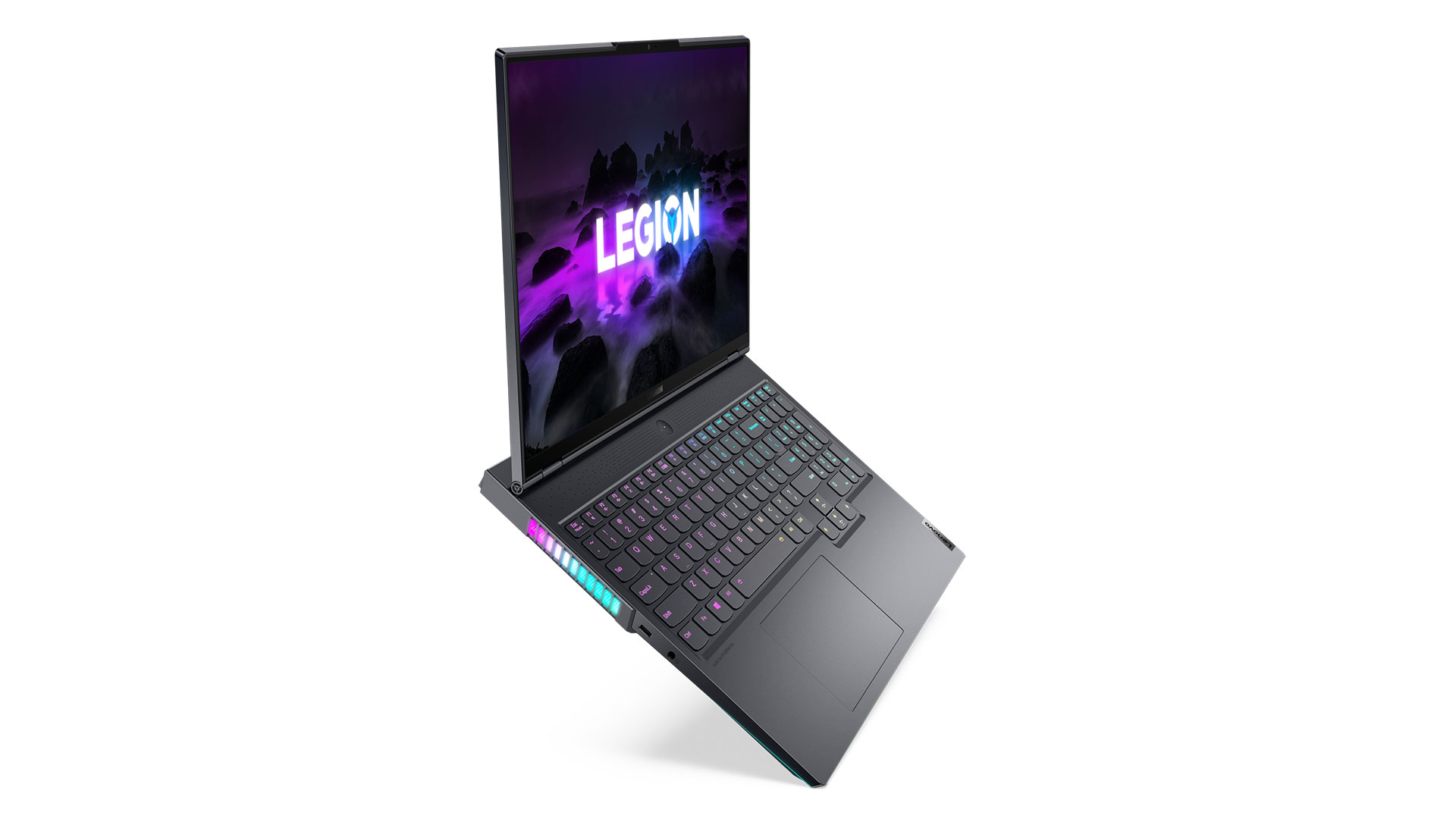 As previously mentioned, the new flagship Lenovo Legion 7 features the company’s new 16-inch QHD (2560 x 1600) 16:10 165HZ IPS display. It can be equipped with up to an AMD Ryzen 9 5900H mobile processor and up to an NVIDIA GeForce RTX 3080 GPU. The RGB lighting of the laptop’s full-sized number pad-equipped Legion TrueStrike keyboard as well as its other lighting zones (such as its side air vents) can be customized via Corsair’s iCUE technology. The Legion 7 is also equipped with an integrated 720p webcam with e-shutter, which lets users mechanically cut off power to the webcam with the switch on the side of the device, and can also include WiFi 6 Killer AX 1650. 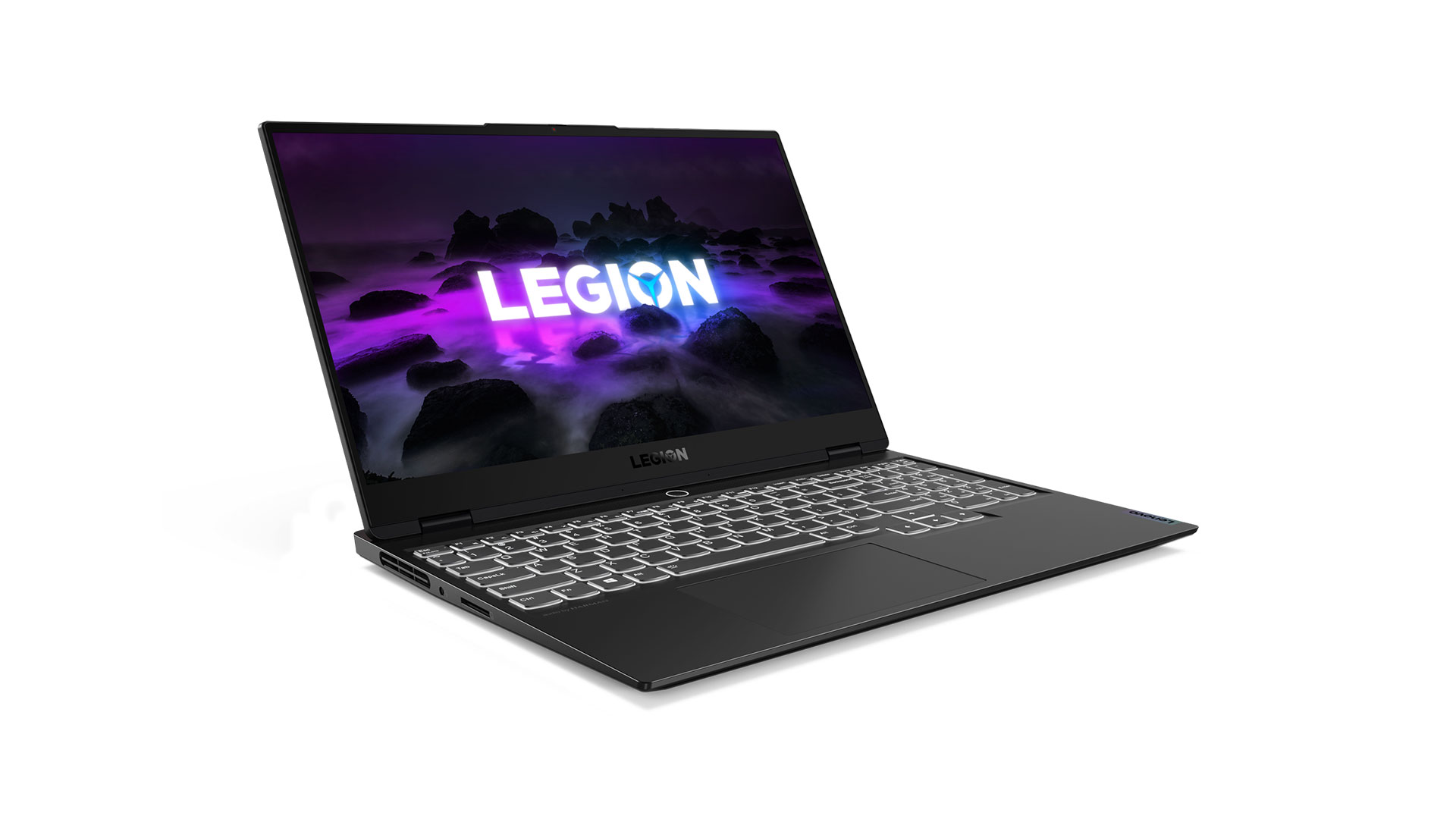 Like the Legion 7, the new Lenovo Legion Slim 7 can also be equipped with up to an AMD Ryzen 9 5900H CPU coupled with up to an NVIDIA GeForce RTX 3060 Max-Q GPU. But unlike the new Legion 7, this model features a more conventional 15.6-inch IPS display that can either be equipped with a Full HD (1920 x 1080) 144Hz 100% Adobe RGB panel or a 4K (3840 x 2160) 60Hz 100% sRGB panel. Apart from the Legion TrueStrike Keyboard, the touchpad on the new Legion Slim 7 is now larger for better range of motion. It’s also equipped with USB Type-C Power Delivery, an integrated fingerprint reader in the power button, a webcam with a physical shutter, and optional WiFi 6 Killer AX1650. 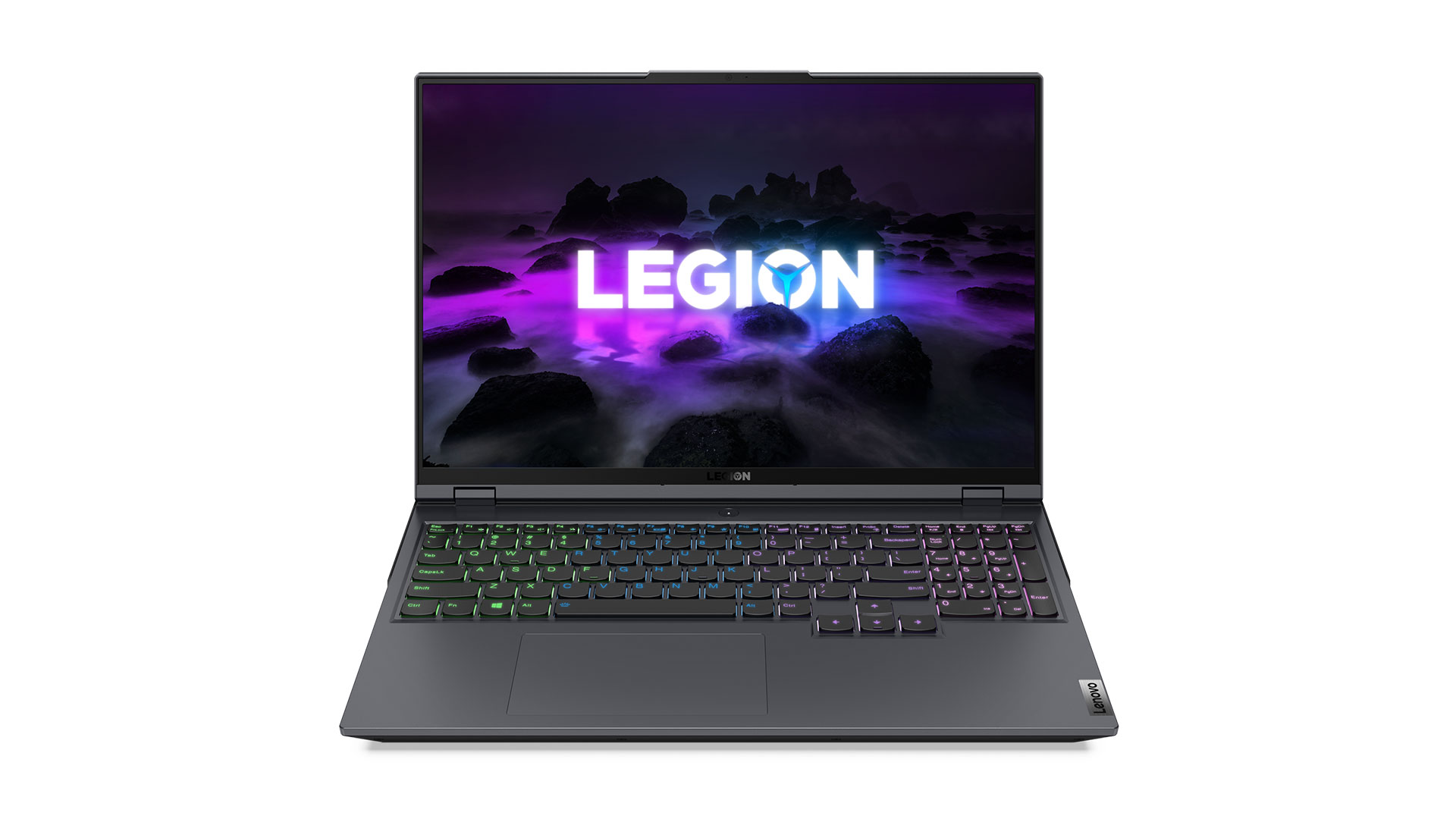 The Legion 5 Pro features the same 16-inch QHD (2560 x 1600) 16:10 165HZ IPS display as the Legion 7 and can be equipped with up to an AMD Ryzen 9 5800H processor and up to an NVIDIA GeForce RTX 3070 GPU. The rest of its features are mostly the same as the rest of the new Legion laptop models, including the Lenovo AI Engine, Coldfront 3.0 thermal management, Nahimic Audio, USB Type-C Power Delivery, a webcam with e-shutter, Lenovo Vantage software, and Intel WiFi 6. 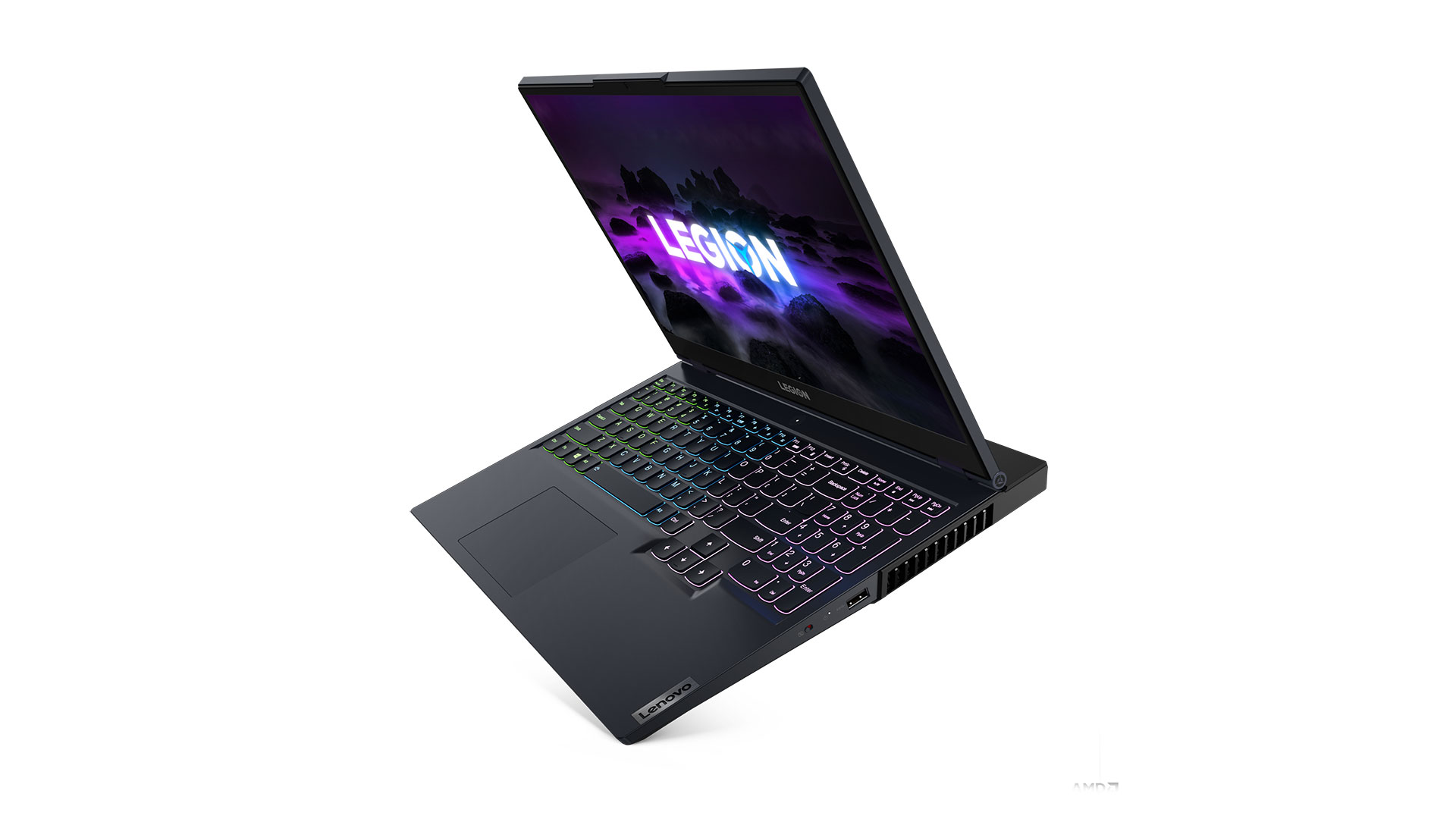 All four new Lenovo Legion laptop models will be available sometime in the first quarter of 2021 and will come with a one-month trial of Microsoft Xbox Game Pass. 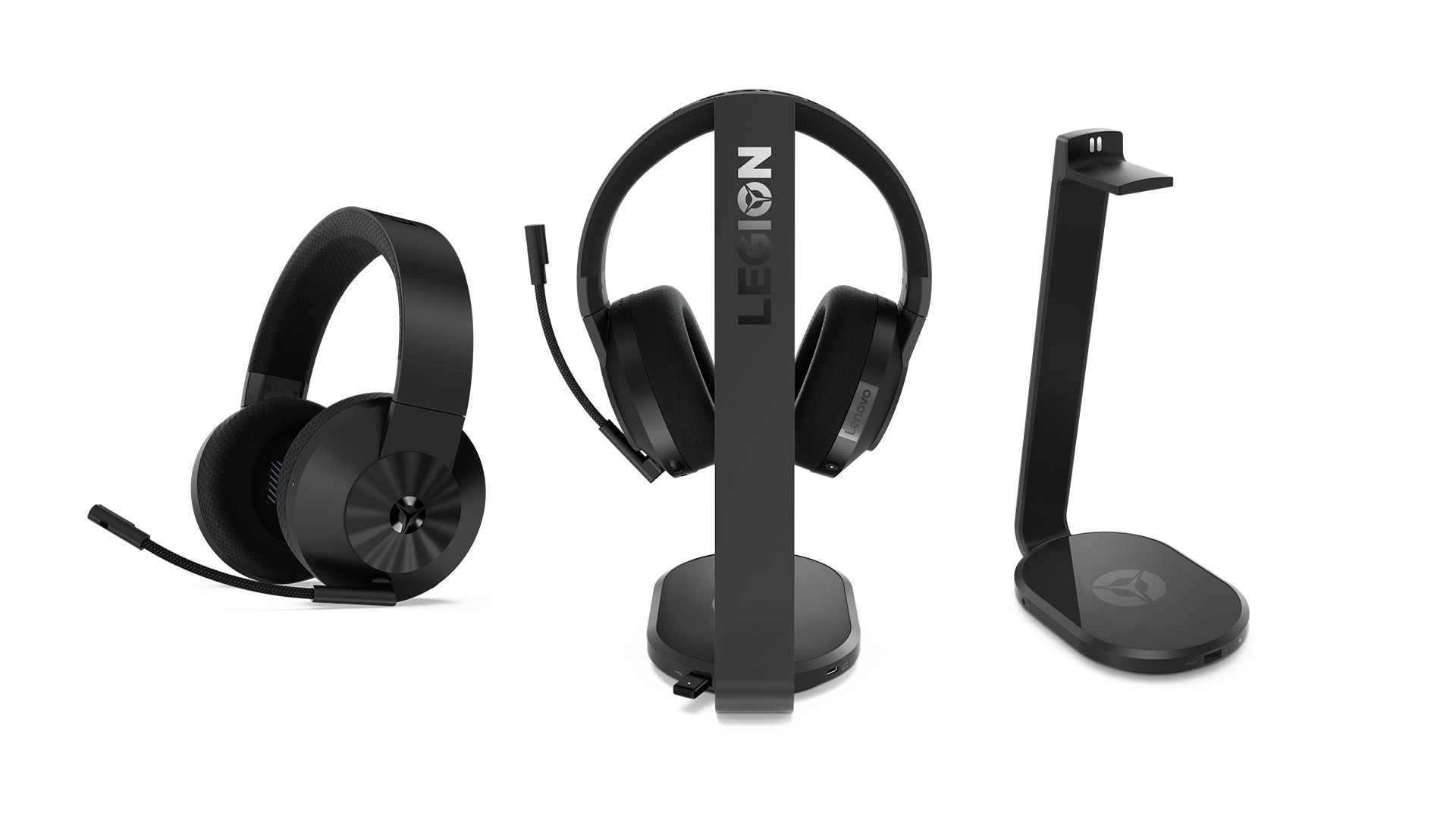 The Legion H600 Wireless Gaming Headset comes with a 2.4GHz lossless wireless receiver with a range of up to 12 meters and latency of under 35ms. The new headset features angle-adjustable earcups equipped with memory foam and breathable cloth for better comfort. It’s also equipped with 50mm audio drivers and a unidirectional noise-cancelling microphone with a flip-to-mute feature.

As for the S600 Gaming Station, it features hang-to-charge technology that works with the new H600 wireless gaming headset as well as a Qi-enabled base for charging compatible smartphones and other supported devices such as wireless gaming mice. The stand also features two USB-A pass-through ports and weighs only 919 grams.

Both the Lenovo Legion S600 Gaming Station and H600 Wireless Gaming Headset will be available sometime in the first quarter of 2021.