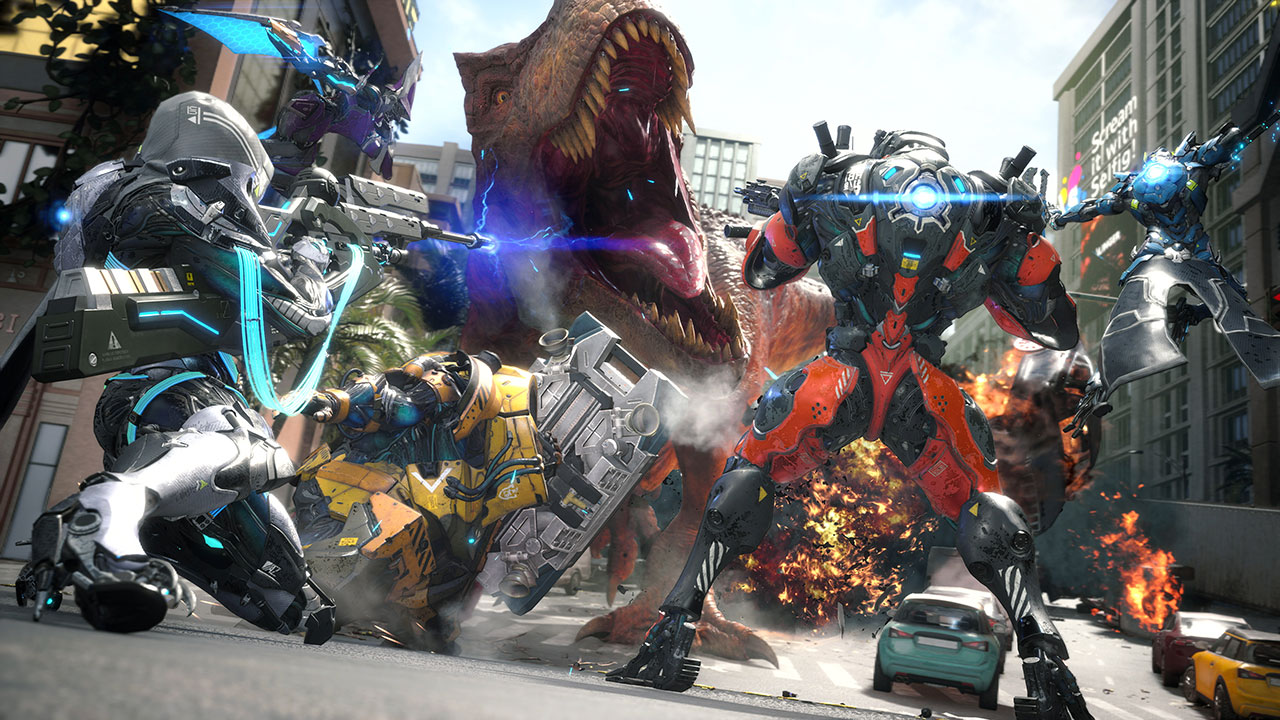 Capcom has unveiled a new IP called ExoPrimal, an online team-based action game that pits exosuit-powered humans against dinosaurs that have begun invading the world.

Produced by Ichiro Kiyokawa and directed by Takuro Hiraoka, who have both worked on the Monster Hunter series, ExoPrimal will be coming to PlayStation 5, PlayStation 4, Xbox Series X/S, Xbox One, and PC via Steam sometime in 2023.

Here is a description of the game’s story:

“The year is 2040… Sudden dinosaur outbreaks have engulfed the globe in a crisis that threatens humanity’s very existence. Yet all hope is not lost. The corporation Aibius has developed a hyper-advanced AI called Leviathan that can predict the location of future outbreaks. This technology, along with Aibius’s revolutionary powered suits, or exosuits, gives humanity a fighting chance to stem the tide of the saurian swarms. Exosuit pilots, otherwise known as exofighters, are in high demand. Take the exofighter aptitude test and join the ranks of Aibius’s heroic pilots in their fight to stave off the extinction of the human race.”

ExoPrimal‘s main game mode, Dino Survival, will feature two teams of five players competing in a variety of PvE and PvP missions. The team that completes the match’s missions first will be crowned the winner.

There will be three main exosuit types, including Assault, Tank, and Support. Players will be able to change exosuits at any time, even in them middle of a battle, allowing for a myriad of strategies and the ability to adjust on the fly. Players will however be vulnerable for a short time during each suit change.

Capcom has announced four exosuits so far, although more will be available when the game releases. These suits include: