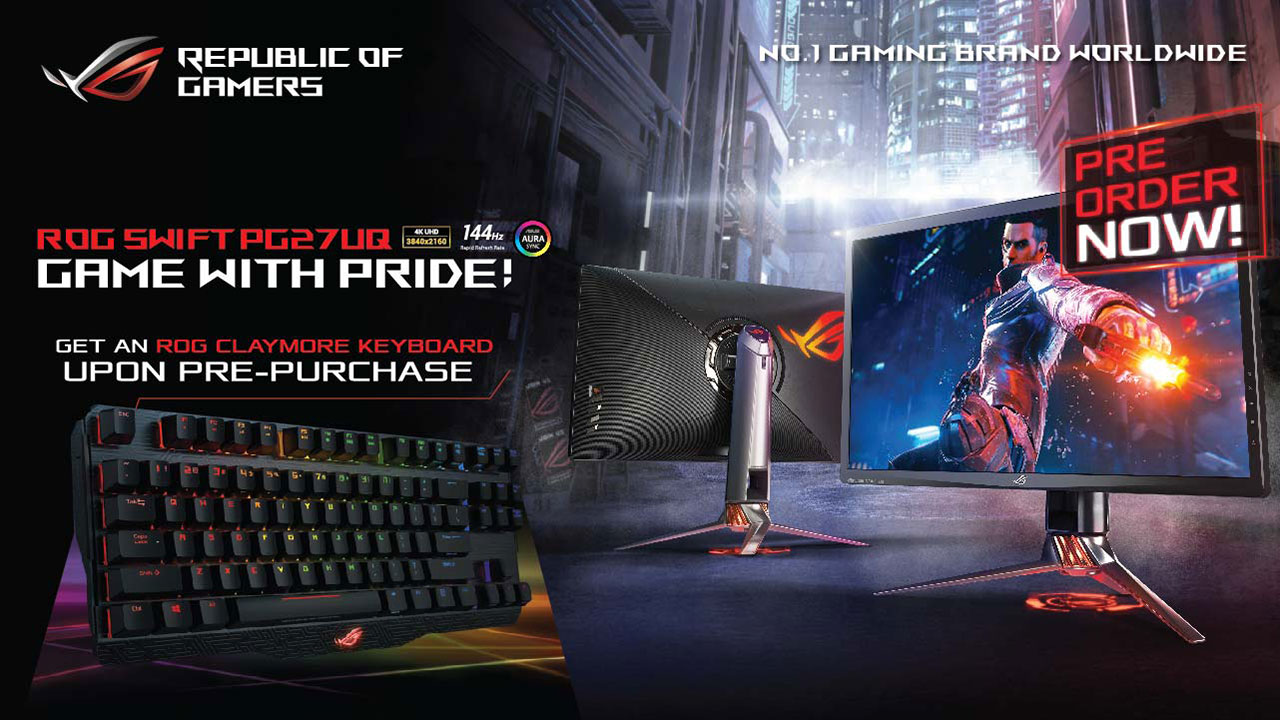 ASUS Republic of Gamers has now opened pre-orders for the new Swift PG27UQ gaming monitor. Those who pre-order the new monitor between June 15 and July 15, 2018, will also get a ROG Claymore Mechanical Keyboard for free. It will be priced at PHP184,990.00.

Interested buyers can pre-order at any participating ASUS stores or partner retailers by paying at least a 50% down payment to reserve their unit. After pre-ordering, buyers can fill up the form on the promo website. Once ASUS confirms the pre-order from the submitted form, they will ship the free ROG Claymore Mechanical Keyboard to the address provided by the buyer. According to ASUS, the pre-order promo will have limited slots and is on a first come, first served basis so interested buyers should secure their pre-orders soon.

The ASUS ROG Swift PG27UQ is the company’s first 27-inch 4K resolution monitor that has a refresh rate of 144Hz. It’s also the first gaming monitor with DisplayHDR 1000 certification, which is the highest certification for HDR quality from VESA. Color-wise, the PG27UQ features quantum-dot technology, giving it a professional-grade 97% DCI-P3 and 99% Adobe RGB color gamut. ASUS has taken the PG27UQ a step further as well by having it pre-calibrated at the factory with a color accuracy ?E value below 3.0.

The ASUS ROG Swift PG27UQ gaming monitor is scheduled for release either during the 2nd half of July or early August for an SRP of PHP184,990.00. Those interested in pre-ordering may do so from June 15 to July 15, 2018, and will receive a free ROG Claymore Mechanical Keyboard along with their pre-order.