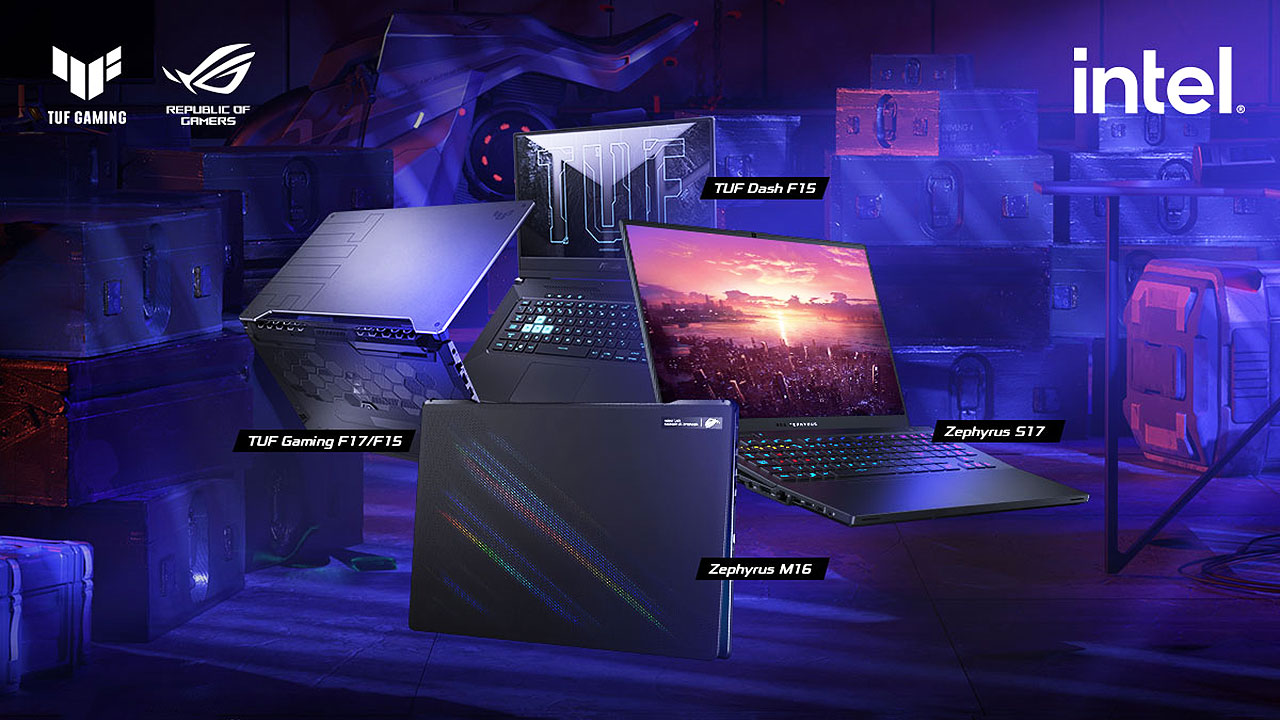 ASUS has launched its latest lineup of ROG Zephyrus and TUF Gaming laptops powered by Intel 11th generation CPUs. This new set of laptops close out the company’s roster of laptops this year and include the ROG Zephyrus S17, the Zephyrus M16, the TUF Gaming F17/15, and the TUF Dash F15. 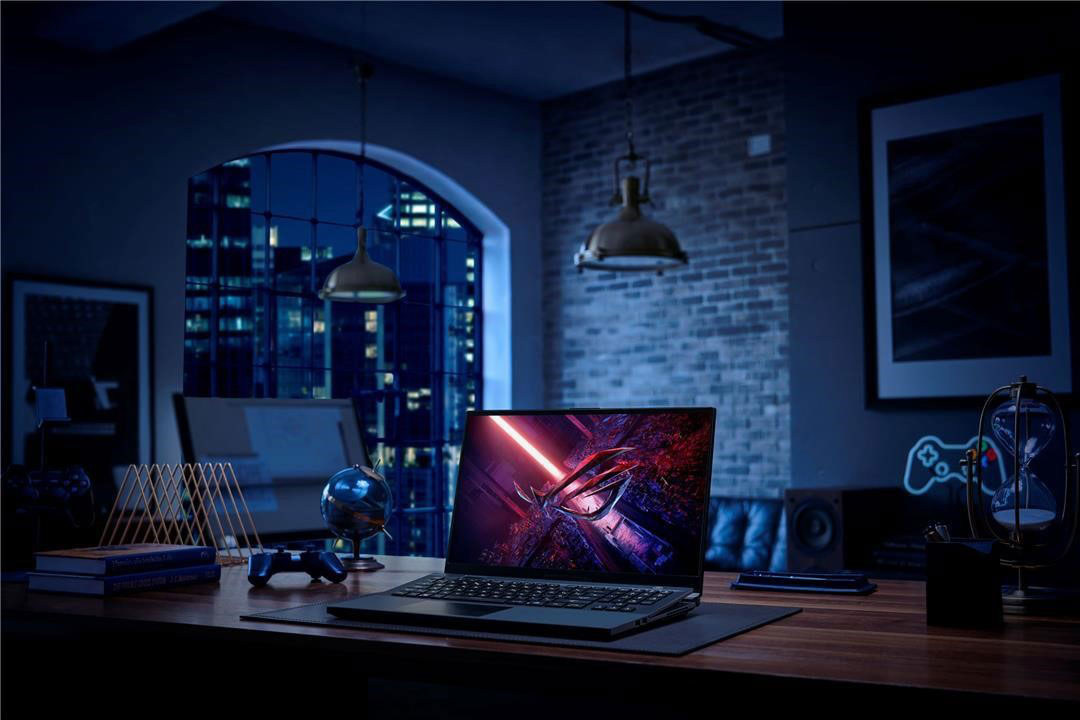 The new ROG Zephyrus S17 has received an overhaul to its design which incorporates some of the elements of its popular ZenBook Pro Duo laptop, specifically its AAS (Active Aerodynamic System) Plus technology but instead of a tilting secondary display, the Zephyrus S17 features a tilting keyboard. Dubbed by the company as the Rising Optical Mechanical Keyboard design, the keyboard tilts up by 5-degrees for better ergonomics and improve airflow. The new laptop also features the company’s ROG Intelligent Cooling feature along with redesigned Arc Flow fans. 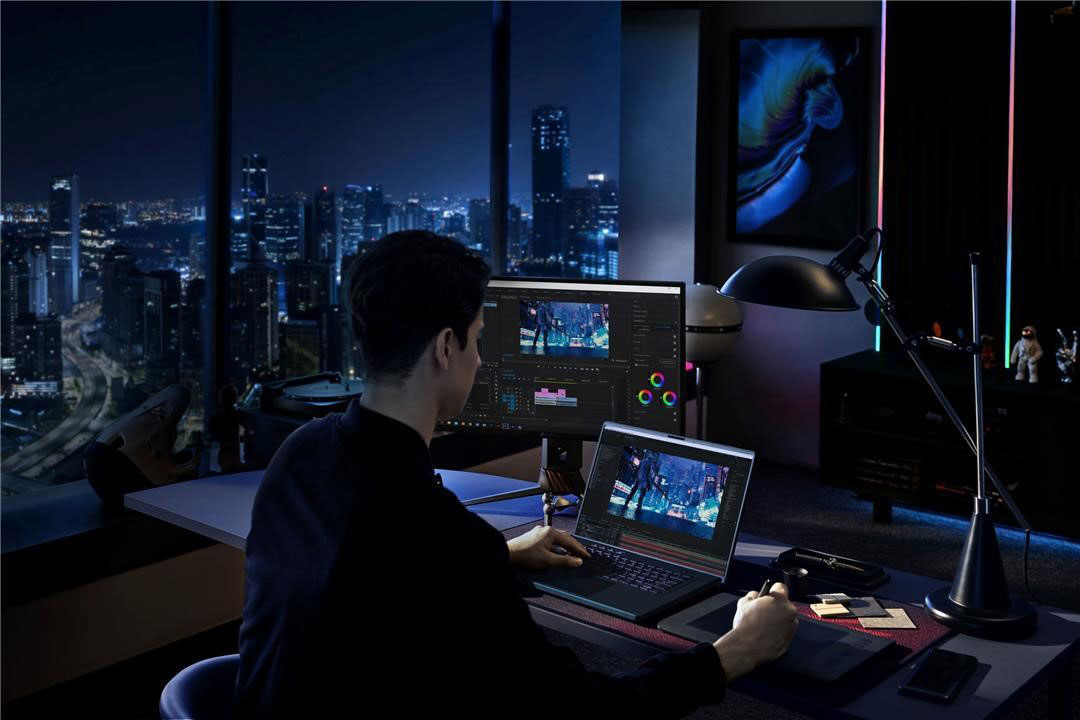 The latest addition to the Zephyrus M line, the ROG Zephyrus M16 is the company’s first 16-inch gaming laptop with a 16:10 display aspect ratio. It is equipped with a 16-inch WQHD (2560 x 144) 165Hz refresh rate display with a 3ms response time and support for Adaptive Sync. The screen of the Zephyrus M16 also features a 100% DCI-P3 color gamut with Pantone Validation and Dolby vision support.

The Zephyrus M16 is equipped with up to an Intel Core 98 CPU, up to an NVIDIA RTX 3070 GPU, up to 32GB of RAM, and up to 2TB of SSD storage. It also comes with a 90W Hour battery, giving the laptop up to 10 hours of battery life and supports charging through Thunderbolt 4. 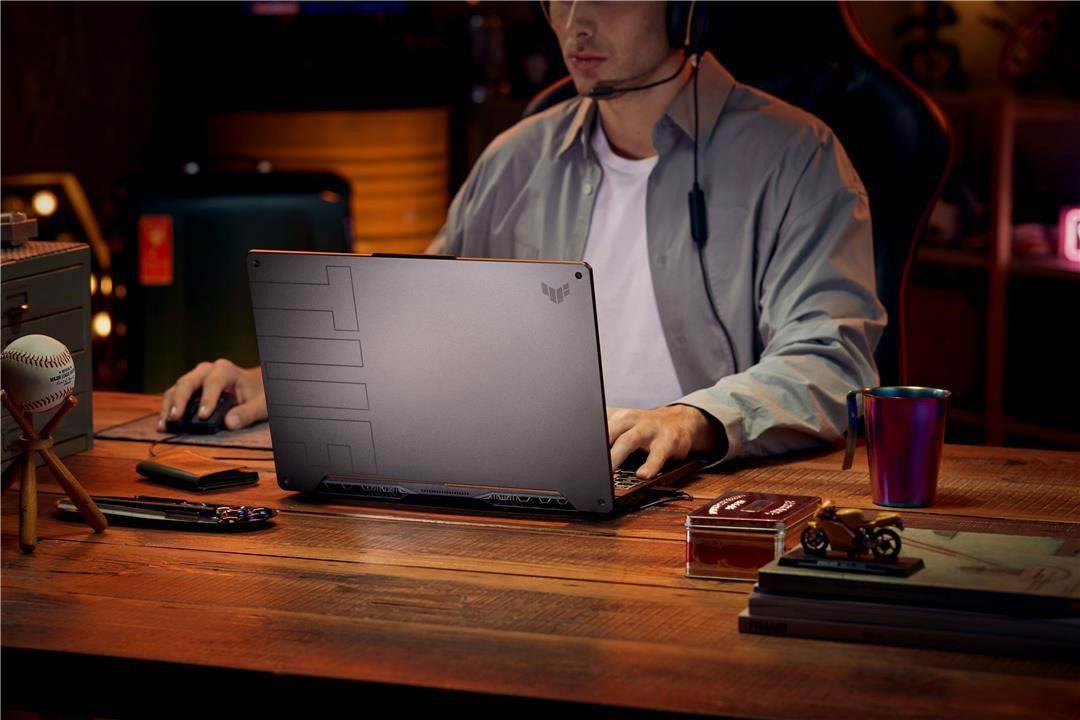 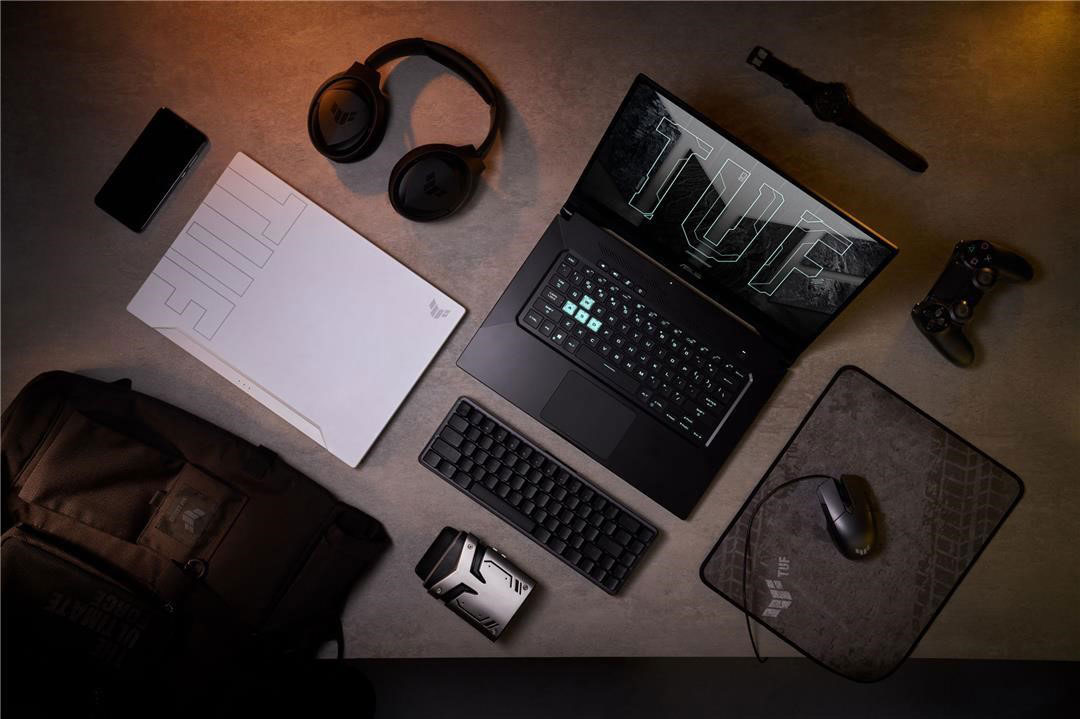 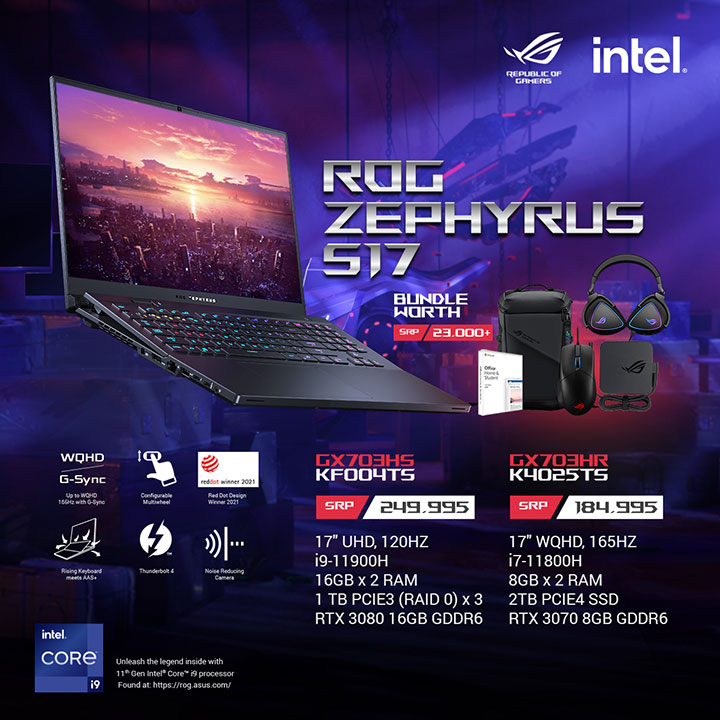 As for the ROG Zephyrus M16, it will be available by the end of July 2021 and will come bundled with an ROG Backpack, ROG Delta Headset, ROG Chakram Core Gaming Mouse, a Type-C PD Adapter, and a pre-installed Windows Office Home & Student 2019. 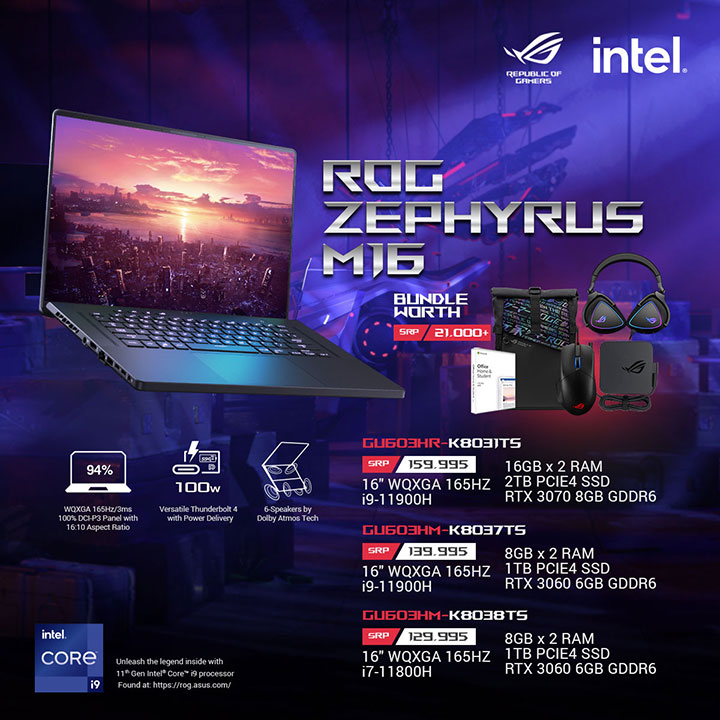 Lastly, the TUF Gaming F17/15 as well as the TUF Dash F15 are already available in the market and come with the newly designed TUF Gaming backpack. 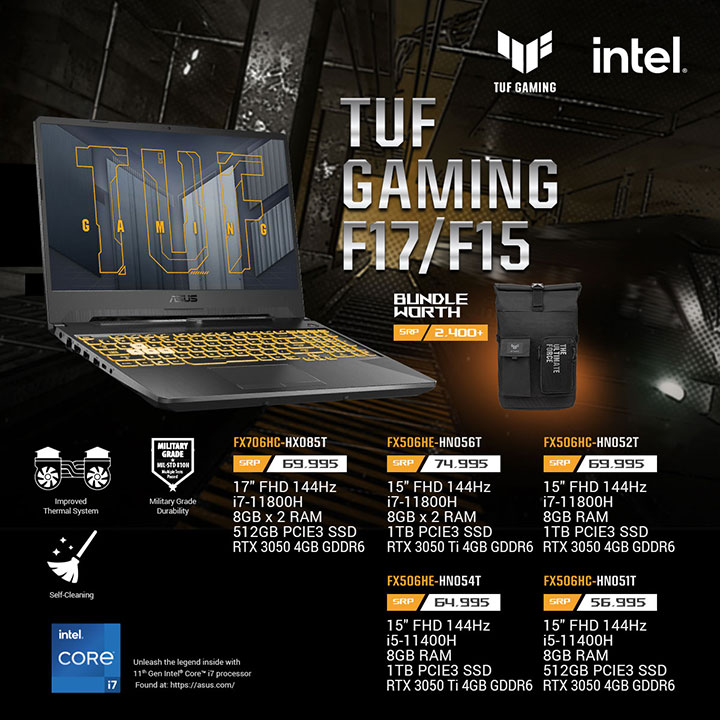 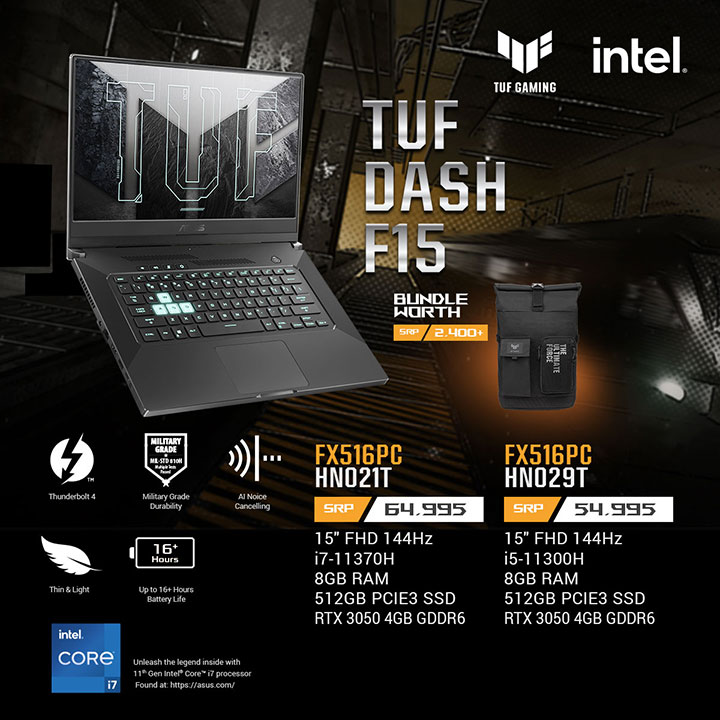 More information on where you can purchase or preorder the new line of ASUS ROG and TUF Gaming laptops can be found at https://ph.rog.gg/ROGPH2021.