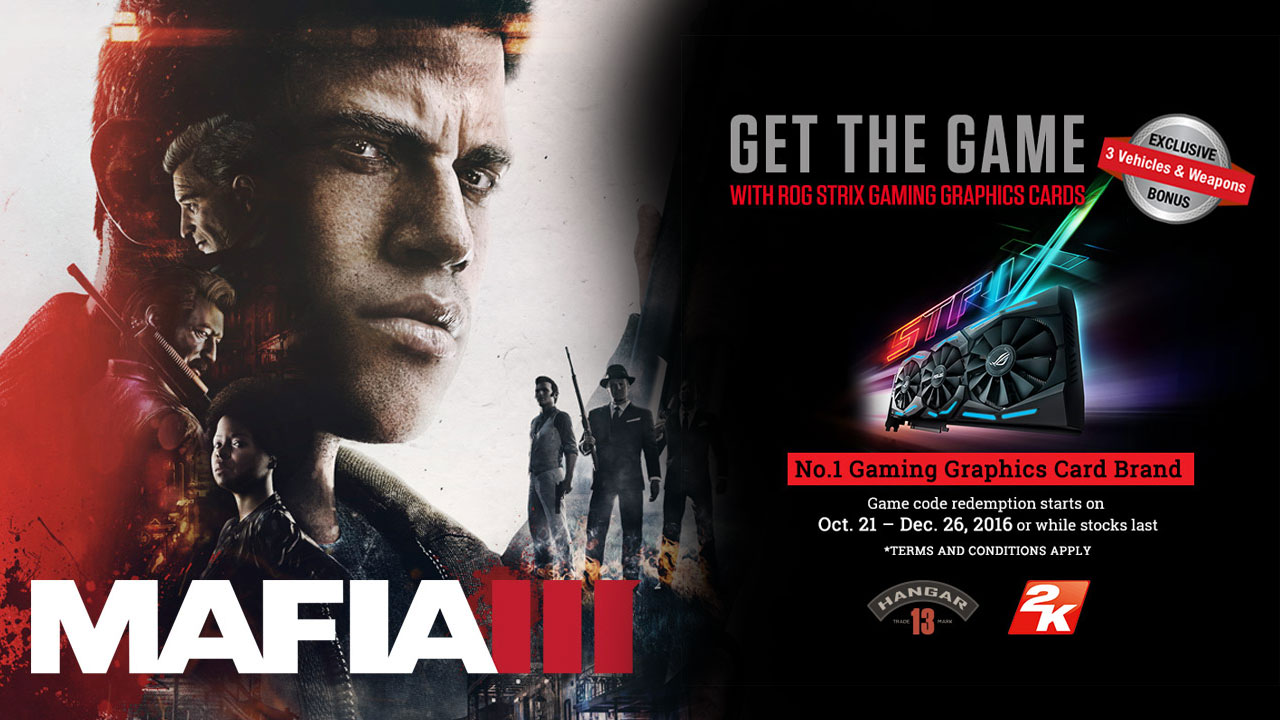 ASUS has always been known to provide great value with their products and with the release of Mafia III the company has announced that it will be giving away a free copy of the game as well as a bundle of in-game items with the purchase of select ASUS NVIDIA GTX 1000-series graphics cards.

Those who purchase any of the select graphics cards including the Strix GTX 1080, Strix GTX 1070, Strix GTX 1060, and their different variants from participating online and offline retailers will be able to claim a Mafia III game code as well as a Mafia III Family Kick-Back in-game item bundle by registering their product on the promo page (www.asus.com/event/2016/rog/mafia3) between October 21 and December 26, 2016.

“Mafia III is an action-adventure video game developed by Hangar 13 and published by 2K. It is the third installment in the Mafia series, and the debut title for Hangar 13. Set in 1968 in the city of New Bordeaux, a fictional recreation of New Orleans, the story revolves around Lincoln Clay, an orphan and a Vietnam War veteran, who is on a quest to tear down the city’s Italian mob and build a new crime family on the ashes of the old.”