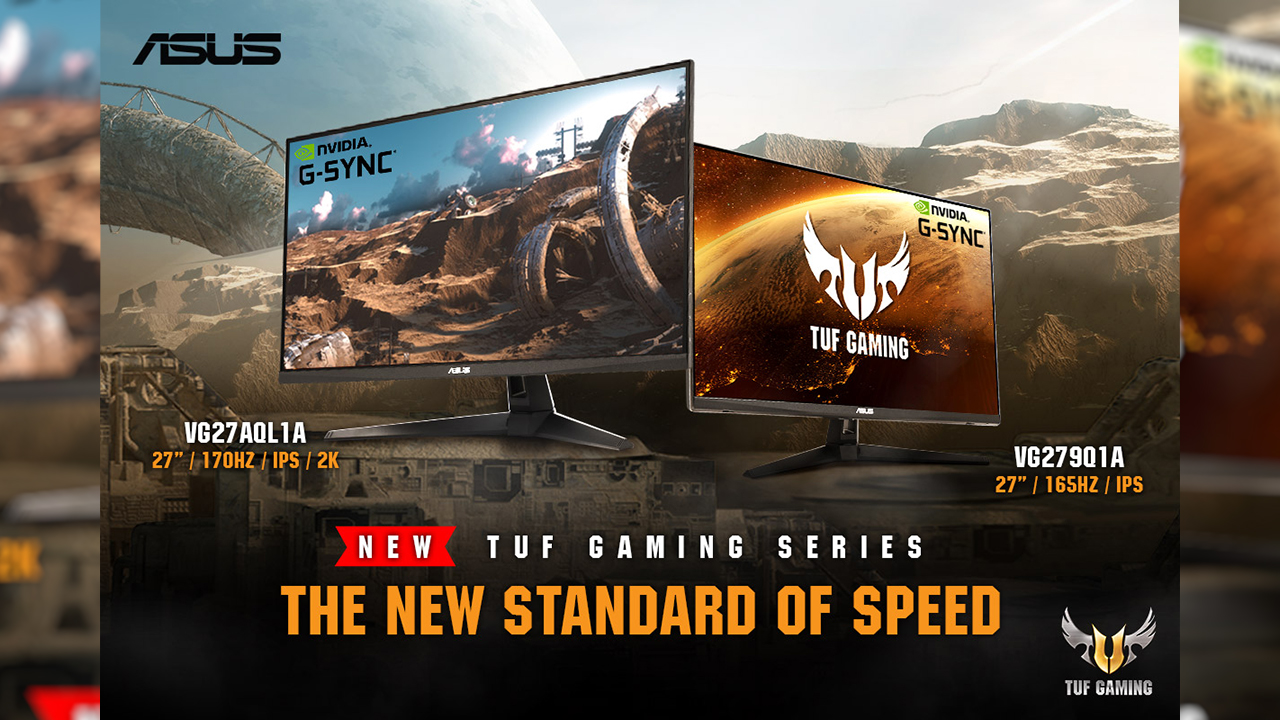 The TUF Gaming VG27AQL1A features a display resolution of 2560 x 1440, a refresh rate of 700Hz, a 1ms mPRT response time, as well as an IPS panel that’s VESA HDR 400 certified and covers 130% of the sRGB and 95% of the DCI-P3 color space. It also features ASUS’s ELMB (Extreme Low Motion Blur) Sync technology and is compatible with NVIDIA’s G-Sync technology.

As for the TUF Gaming VG279Q1A, it is equipped with a Full HD (1920 x 1080) IPS display with a refresh rate of 165Hz and response time of 1ms mPRT. Like the VG27AQL1A, it also features ELMB Sync technology as well as Adaptive Sync.

Both of the new gaming monitors also come with several of the company’s exclusive features such as a 5-way OSD joystick for navigating the monitor’s functions and menu as well as GameVisual, GamePlus, and ASUS Eye Care technology.

The ASUS TUF Gaming VG27AQL1A is priced at PHP 26,490 while the TUF Gaming VG279Q1A has an SRP of PHP 16,990. Both monitors are now available at select partner retailers.