The Quest For a Razer Toaster

Razer has been known for creating, manufacturing, and selling products that cater to the gaming community even if, at times, it just doesn’t make sense business-wise. The most recent example of this is the Left-hand Razer Naga which came into fruition through a Facebook challenge set by Razer in which the community responded to in kind. When Razer realized the community’s desire for a left-handed version of their popular MMO gaming mouse, they went ahead and made it happen even if it meant selling them at a loss. That’s just how Razer does things.

One person thought of challenging Razer’s community-driven ethos and asked what some would deem ridiculous. Mark Withers, a gamer and Razer fan, asked Razer’s own CEO Min-Liang Tan for a Razer Toaster and Razer’s Chief Gamer responded with a challenge – 1 million page Likes on the “Give us the Razer Toaster”  Facebook age and the Razer Toaster shall be made into reality. 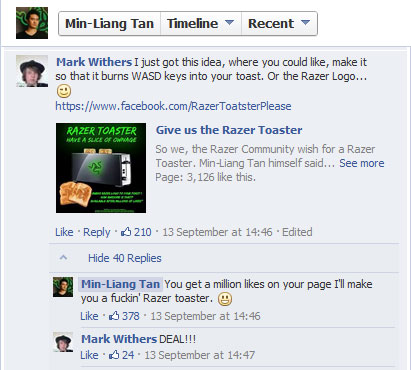 The conversation that started it all.

So from a simple proposal to a challenge and promise, the desire for a Razer Toaster has turned into a mission to stretch the limits of Razer’s community-centered principles. If successful, it wouldn’t just mean Razer-made toast for toast loving gamers (and non-gamers) everywhere it would prove that gamers, as a community, have the power to shape the industry and push it to its limits.

Since the start of the campaign the “Give us the Razer Toaster” page has evolved into a community of like-minded gamers wanting to extend the reach of their hobby into the world of food preparation. From business card and Facebook cover photo competitions to community donated rewards upon the page reaching its goal, the “Give us the Razer Toaster” page’s community is becoming more and more involved in the mission. 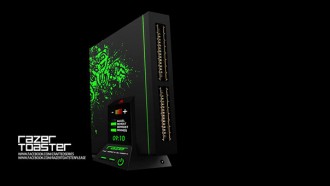 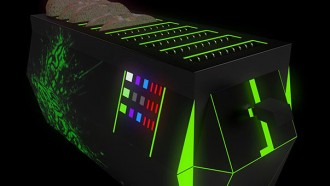 We asked Mark a few question and here’s what he had to say about the attention his endeavor was getting, “I certainly wasn’t expecting quite this much attention until about the first few minutes after making it where it had already spread to over 1000 likes. It’s slowed down considerably but that doesn’t mean I’m giving up. We will succeed.”

At the moment the “Give us the Razer Toaster” Facebook page a little under 25,000 likes so it’s a long way from the 1 million goal but Mark isn’t fazed by it and is still confident that we will one day have a Razer Toaster. Lastly, we asked him what his message was to the community and here’s what he said, “My message to gamers would be, never be afraid to try and change something. Also never give up on your dreams! If you want to be a pro player, do it! If you want to work for Razer, get out there and get hired!”