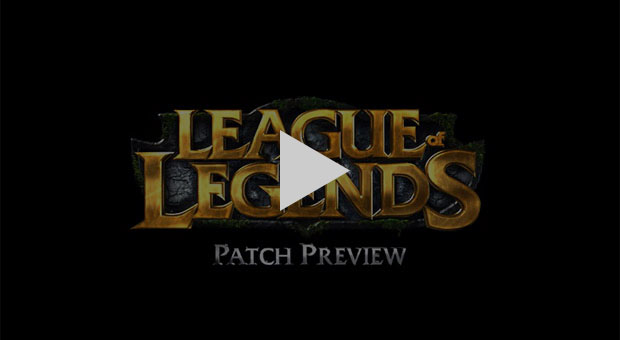 Riot has released a new Patch Preview detailing the new feature/s and changes in the upcoming patch 3.7 for League of Legends.

The biggest addition to the game with the new patch is Custom Item Builds – apparently one of the most requested features by the community. Now players can create their own Recommended Item builds in the game lobby for each of their characters. Gone are the days where, if your build differs from Riot’s recommended build, you need to manually browse and search for the items you want. With this new feature, summoners may now also browse the full item shop from the game lobby. One setback the new feature has is that a player’s custom item build are only stored in the local machine they are made on but Riot has said they are working on adding server/cloud storage capability.

The new patch also brings a slew of balance changes but the preview video featured 3 characters in particular. The first being Rumble – the video explains that the developer have decided to reduce his base spell damage but increasing the benefits of staying in Rumble’s Danger Zone. This change makes Rumble more effective with better Danger Zone management.

The next featured hero is Twister Fate – his Stacked Deck ability has been changed to grant Attack Speed instead of Cooldown Reduction and the early and mid-game cooldown of his global ultimate ability, Destiny, has been increased to better balance his early game presence as compared to other champions with global abilities.

Caitlyn received a reduction to her base Attack Speed and her Headshot passive ability no longer gains stacks when attacking Turrets. Lastly, Nunu’s Consume ability’s damage has been increased while it’s healing has been reduced. His Consume ability also gives him certain buffs when it’s used on specific Jungle creeps.

The patch is currently live on the League of Legends North American servers. No news on when it will  be implemented on South East Asian or Philippine servers.