Monitors aren’t really the first thing PC buyers think of when they start conceptualizing a new build but in actuality, and I’m sure anyone would agree, they’re a pretty essential piece of equipment. I mean how are you going to use your shiny expensive new rig if you don’t have anything to output video to, right? And with monitors, their specifications become quite specific depending on their purported usage – monitors for gaming need fast response times, monitors for graphic designers need to have great color reproduction, etc. – which makes purchasing them require at least a bit of research.

Luckily, brands have made it quite easy to pick out monitors for each purpose. For gamers and graphics professionals on a budget, Viewsonic has created its VG line of monitors and we got to spend some time with the company’s hefty VG2439m-LED monitor to see how well it performs in gaming, entertainment, and work environments. 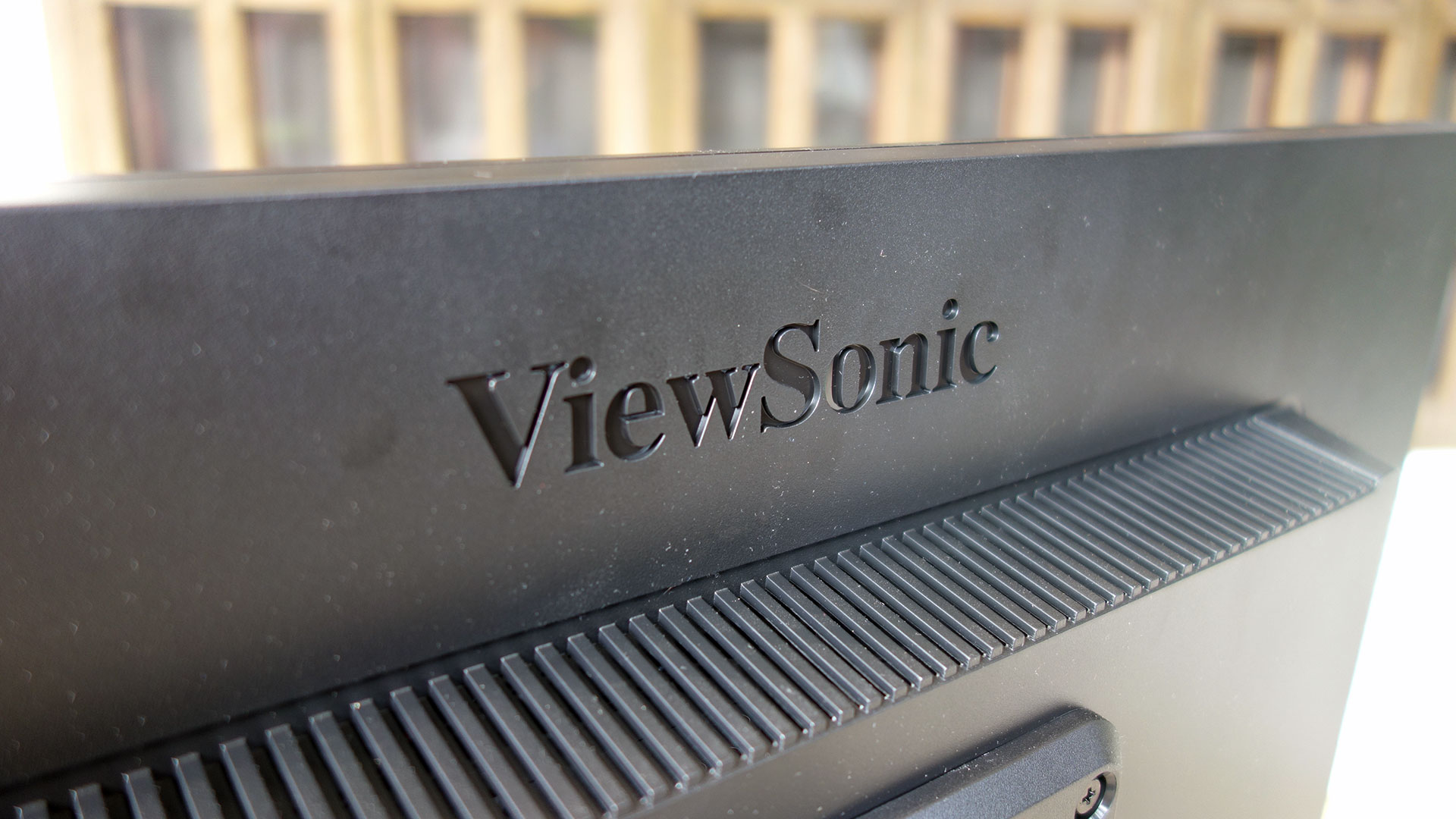 The design of the VG2439m-LED is fairly simple featuring a matte black finish and a standard shape. The VG2439m-LED is a fairly large monitor measuring 22.1 x 17.1 x 9.4 inches which is mostly due to its wider bezels and large stand. The wide bezels make the VG2349m-LED less suitable for multiple-screen setups that extend the user’s desktop throughout the connected screens as the space in between the monitors would be too wide and prevent the desktop from looking seamless.  On the other hand, the monitor’s large stand is actually one of its best features due to its ability to conform to the user’s viewing preference – capable of adjusting its height (up/down 5.3-inches), vertical angle/tilt (20-degress), and even rotation (90-degress to either landscape or portrait). 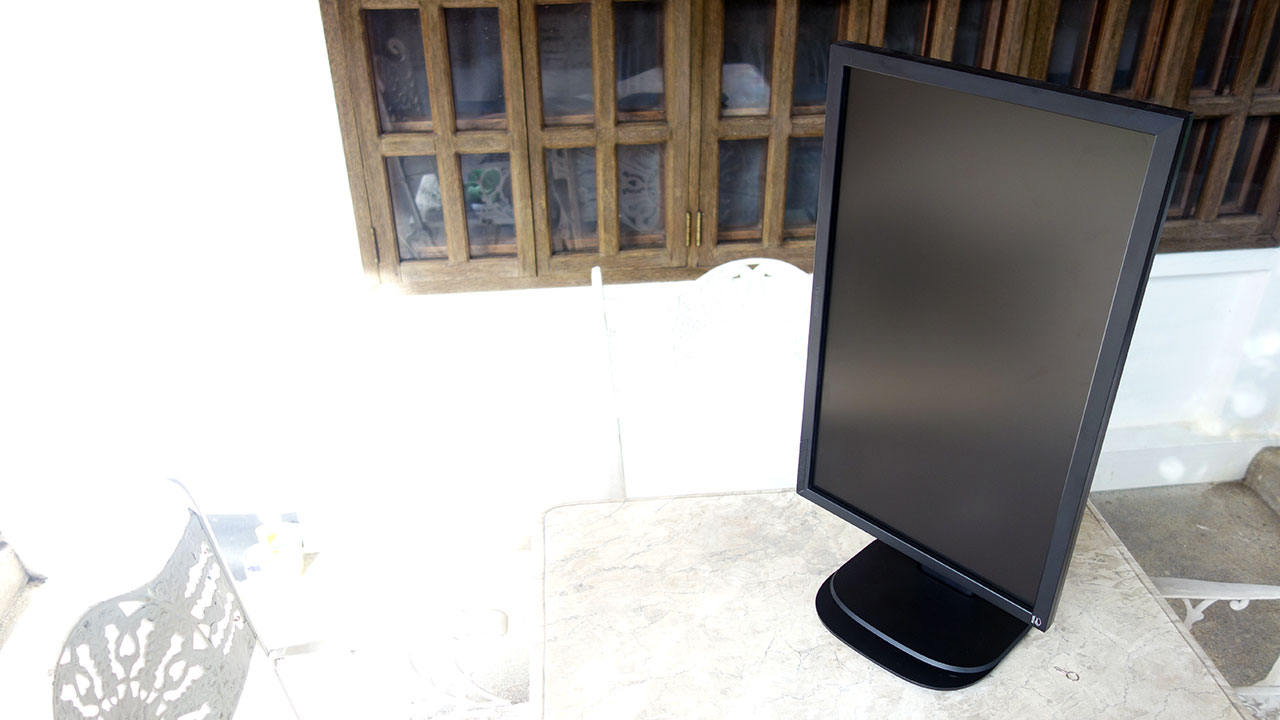 One criticism I have for the monitor’s stand is that while the height adjustment is assisted by a built-in spring or suspension-like mechanism, the height of the monitor is locked by a small metal pin instead of a built-in locking mechanism making it slightly inconvenient and potentially troublesome if you the user loses the pin. Additionally, the base is also quite large to help the monitor stay stable but, fortunately enough, is almost flat which keeps it from becoming too obstructive. 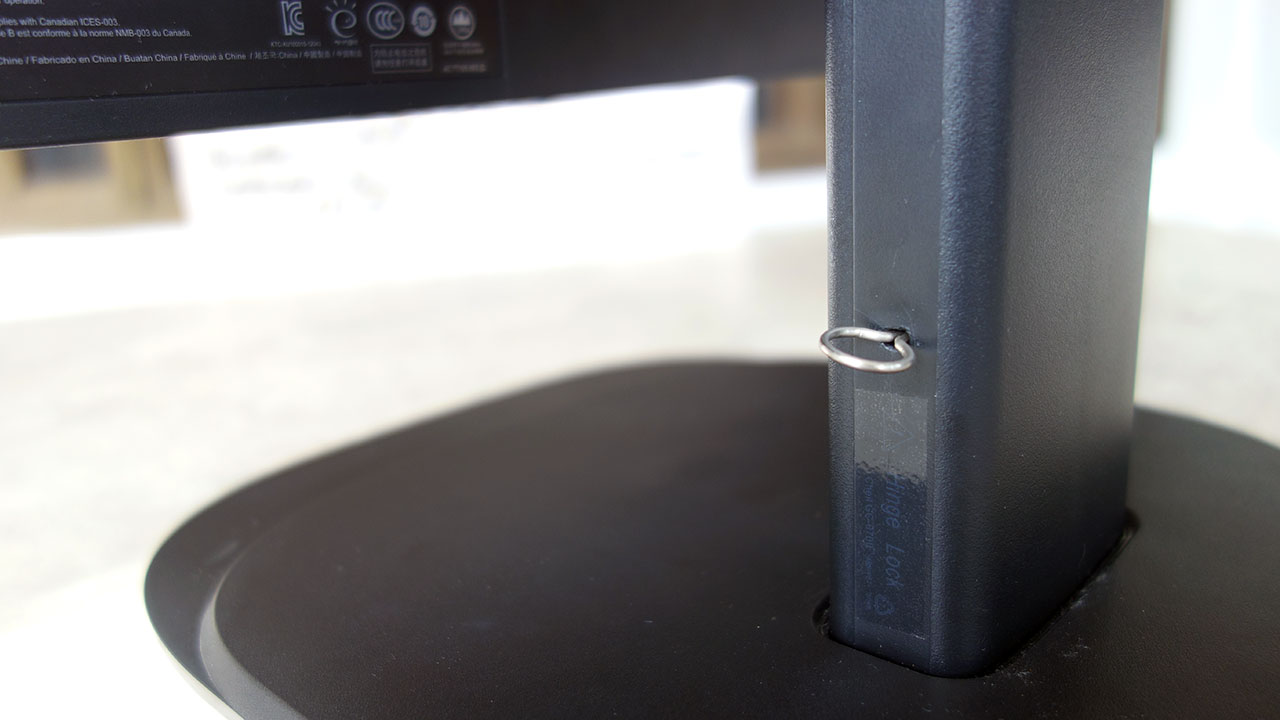 The rear of the monitor is where the monitor’s other good features are found including built-in 2-watt speakers accompanied by an 3.5mm audio in port, a 3.5mm headphone out port, a 100mm x 100mm VESA mount, two USB2.0 ports, and its slew of video input connectors including a DVI-D (with HDCP) port and a standard D-Sub/VGA port. With the VG2439m-LED, Viewsonic has decided to forego HDMI ports in favor of a DisplayPort connector so you’re going to have to grab a DP-to-HDMI adapter if your GPU doesn’t have come with a DisplayPort interface. With all these ports and connectors, Viewsonic has generously included a slew of cables with their new monitor including a VGA cable, DVI cable, 3.5mm audio cable, and a USB cable. Additionally, the VG2439m-LED features a built-in power board so you won’t have to worry about clunky external power supplies. 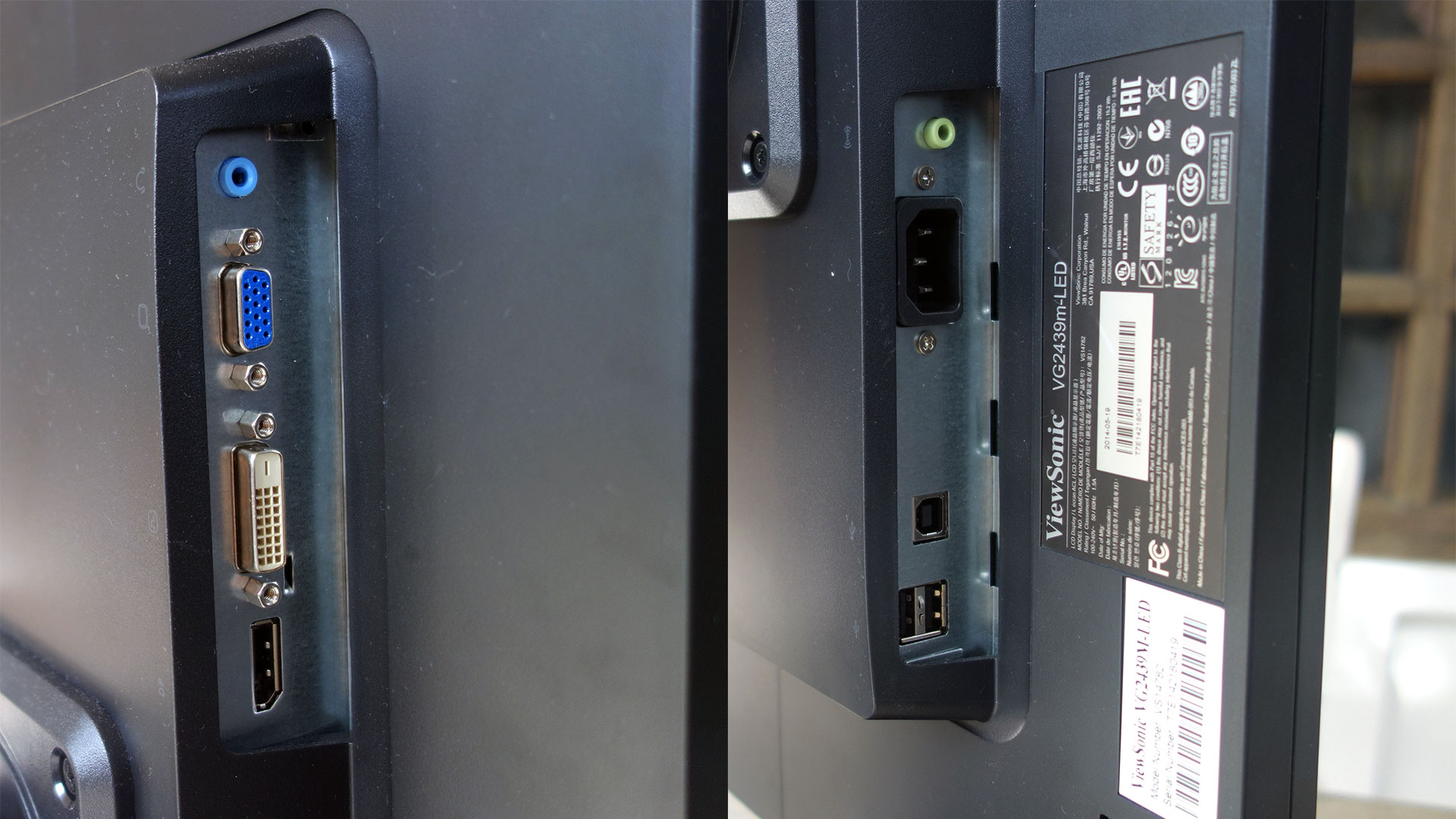 Over the few weeks that we had the VG2439m-LED with us, we used it as our primary monitor for work and gaming as well as a secondary monitor in its portrait mode. While the monitor’s sharpness, contrast, and brightness were all impressive, the color reproduction was slightly disappointing compared to our usual Samsung monitor. As a device that’s positioned mainly for graphics professionals, we expected the VG2439m-LED to blow our old Samsung monitor out of the water but sadly that wasn’t the case. In any case it still fills its supposed purpose well and we still recommend it due to its competitive price tag. For gaming, the VG2439m-LED performs sufficiently well for most games due to its impressive contrast ratio and the slightly slow 5ms response time seemed capable of keeping up with most games. Additionally, the monitor’s portrait mode is perfect for writers/editors, programmers, and those who enjoy reading eBooks or comics on their computers. The larger vertical dimension removes the need to scroll down a page or window and makes working or consuming media a lot more efficient.

The VG2439m-LED is a great monitor packed with more features that you’d usually find with a monitor at this price range which quite make up for its very few issues. Whether used for work or for gaming or in landscape or portrait mode, the VG2439m-LED is a very capable monitor that works quite well as either a primary or secondary monitor. And at a price of a little over Php10,000, it has positioned itself as a high-value monitor that competes very well with its peers due to its extra features including its impressive adjustability and multitude of ports and connectors. If you’re looking for a new monitor for your new system or have decided to upgrade to a larger monitor on a budget, the VG2439m-LED is a great choice and one we’d definitely recommend.