Logitech has always been known for their excellent mice, whether it be part of their gaming or mainstream line, and with the introduction of their entry-level Prodigy series, the company has released an affordable but feature-packed mouse in the Logitech G102 Prodigy Gaming Mouse, would-be budget version of the company’s G Pro gaming mouse.

The G102 features the same design as the company’s G Pro gaming mouse and is reminiscent of the company’s G100s, the two are pretty much identical externally. It features a slim, low-profile design that’s almost symmetrical apart from the two thumb buttons on the left side. The G102 is also incredibly lightweight, weighing only 85 grams.

It is equipped with only six buttons – a left and right mouse button, a clickable scroll wheel, a DPI selector under the scroll wheel, and the aforementioned two thumb buttons on the left side. The only exterior difference the G102 has with the G Pro is the rubber cable (the G Pro has a braided cable).

Weirdly enough, in spite featuring an almost symmetrical design, the G102 isn’t ambidextrous due to only having one set of thumb buttons on its left side for right-handed users. It would’ve been nice if Logitech also included thumb buttons on the right side of the mouse so that left-handed users could also take full advantage of the G102. 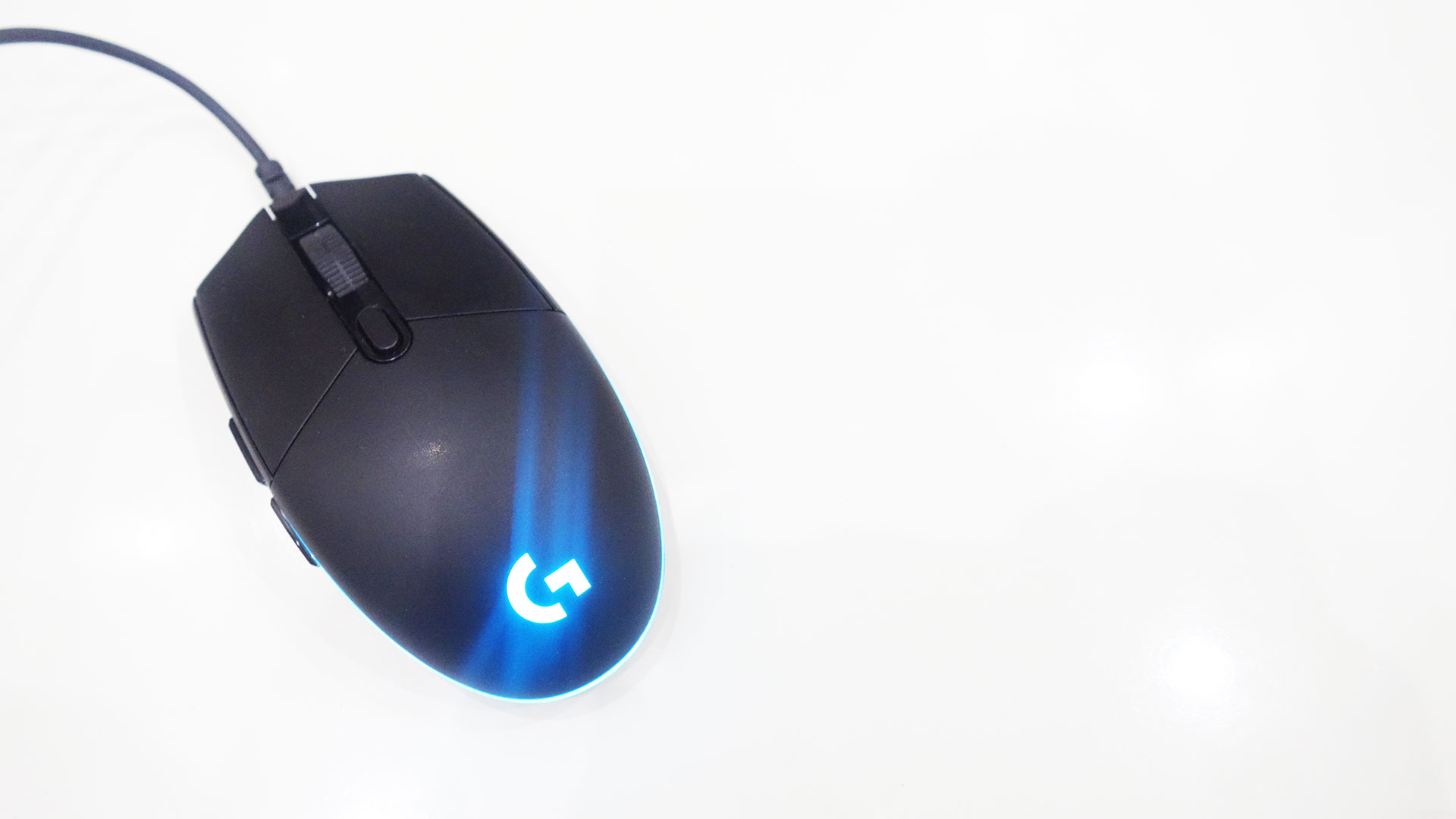 Internally, the G102 features a different sensor as well as different Omron switches than its more expensive twin, the G Pro. The sensor on the G102 can go up as high as 6,000 DPI, half of the highest DPI setting of the G Pro, while its switches are rated for up to 10 million clicks as opposed to the 20 million of the switches on the G Pro.

In spite having a lower click rating than the G Pro’s switches, the ones on the G102 still felt great and keep the same quality and feel you’d expect from Omron switches. The clicks are loud and satisfying with a short, fast travel and a nice feel when you bottom them out. The switches also feel heavy enough that misclicks won’t be much of an issue for most people.

The sensor on the G102 also felt great. The lower top-end DPI isn’t much of an issue as most people don’t go beyond 4,500 DPI and while it doesn’t feel as good as the PIxArt PMW3366 sensor found on the G Pro, the sensor on the G102 still feels excellent. There’s no built-in mouse acceleration, smoothing, and other usually unwanted nuances as well.

For illumination, the G102 features two lighting zones – the Logitech G logo and a bar that runs along the rear of the mouse right under the palm – and supports up to 16.8 million color RGB lighting. The LED lights can be programmed in a large number of ways through the Logitech Gaming Software although both lighting zones can’t be set up independently.

All the settings of the G102 can be saved onto the mouse’s onboard memory, something that other gaming mice have begun to leave out. The onboard memory allows owners to easily use the G102 on any computer without having to download and install the Logitech Gaming Software and/or download and sync their settings. 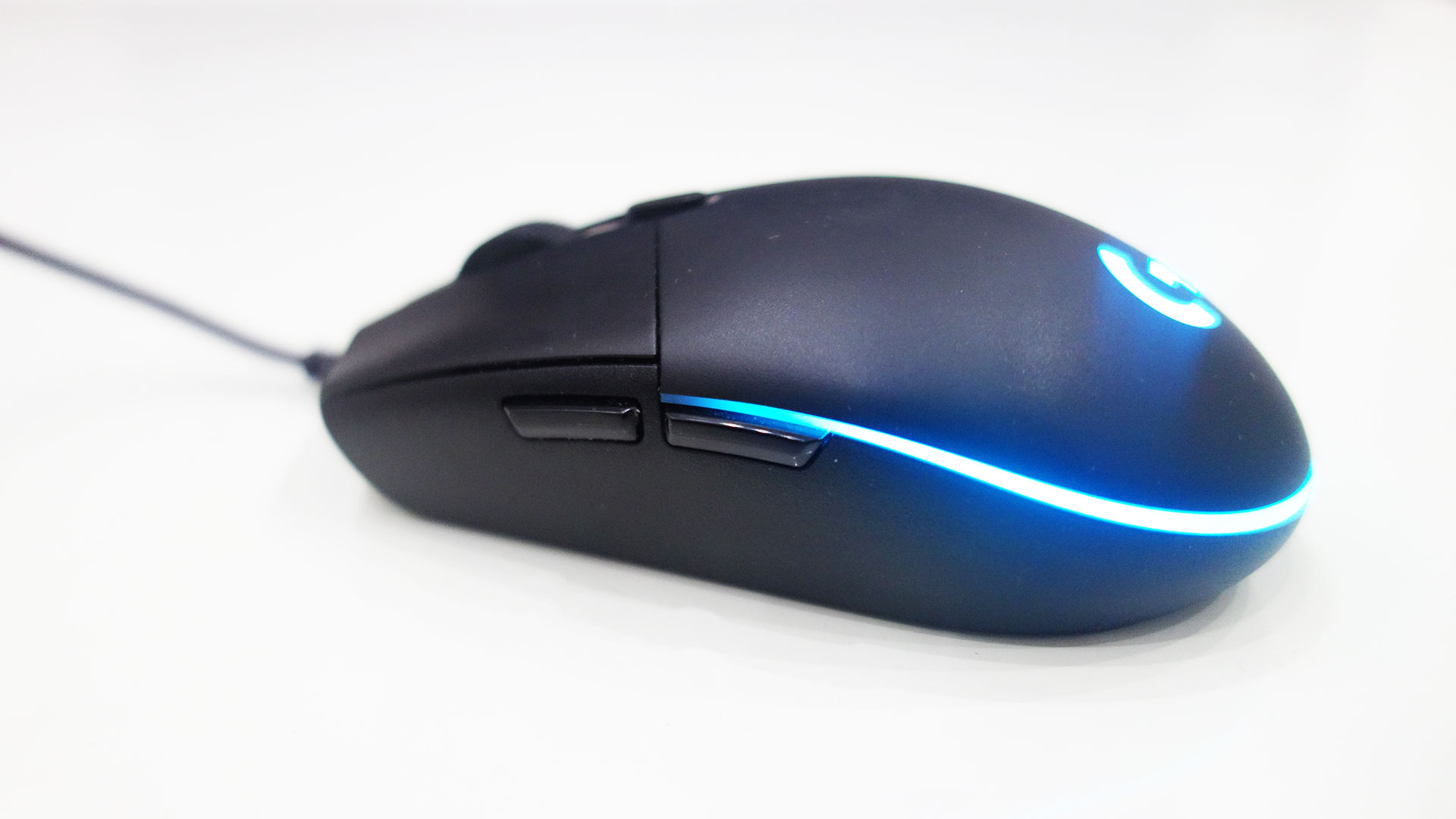 For a gaming mouse with an insanely low price tag of only Php1,000, the Logitech G102 Prodigy feels like a dream. It features a simple, straightforward, and classic design that feels great in hand almost no matter what your grip style is and comes with a feature set that’s worth double its cost.

The Logitech G102 Prodigy has got all the essentials (multiple programmable buttons, an accurate and responsive sensor, and Omron switches) and more (RGB lighting and onboard memory) in an insanely affordable, high-quality package that almost seems too good to be true.

Anyone who’s looking for a new gaming mouse on a tight budget just can’t lose with the Logitech G102 Prodigy.