When HyperX first released the original Cloud Pro Gaming Headset, it was met with a lot of positive feedback and was considered by many as one of the best gaming headsets you could get. One year later, HyperX released the sequel to the Cloud and it was better than ever. This year, instead of releasing a third iteration of the Cloud, HyperX decided to go in a different direction and release a completely new headset called the Cloud Revolver, featuring a completely different design with its own set of features and inclusions. We got a chance to play with the new Cloud Revolver for a couple of weeks to see (and hear) if this spin-off of the Cloud series lives up to the name built up by its predecessors. 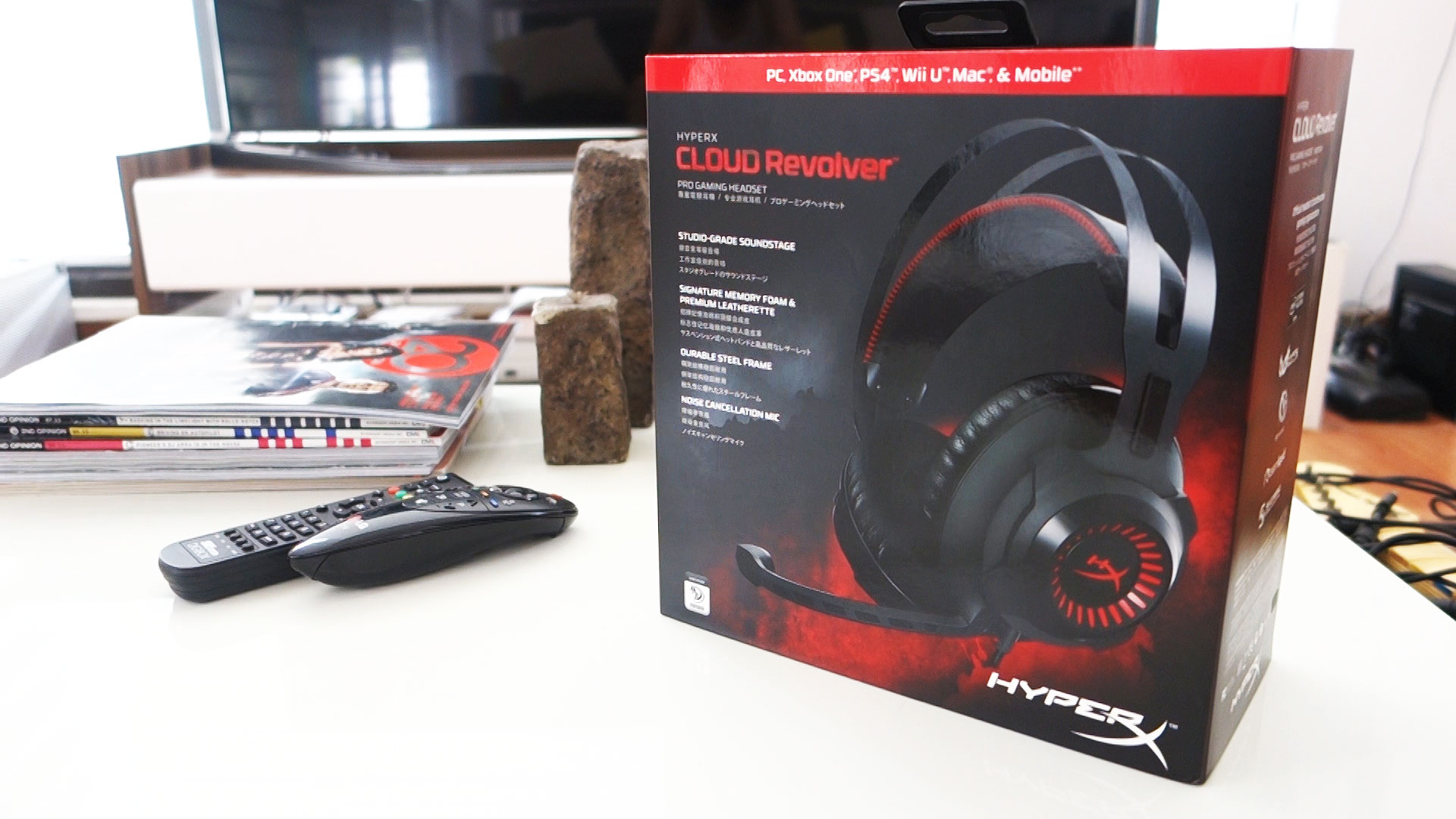 Just like its predecessors, the Cloud Revolver is packaged in a plan black solid cardboard box with the HyperX logo emblazoned atop it. That box is then covered by a cardboard sleeve where all the Cloud Revolver’s pictures and information are printed. Opening up the box reveals the headset itself, the control box, and the detachable microphone, all snugly placed in large foam blocks. The way HyperX packages some of its products has always been on the premium side, even their entry-level Cloud Core headset is packaged similarly, and that hasn’t changed with the Cloud Revolver.

As previously mentioned, HyperX has diverged from the simple and straightforward design style seen in the previous Cloud headsets and has given the Cloud Revolver an edgier and more aggressive look with more angles and protrusions specifically around the ear cup which now swivel a lot more. The company has also replaced the single leatherette band and adjustable ear cups with a self-adjusting band coupled with a steel suspension band. While the look and design isn’t as eye-catching as some of the RGB LED headsets in the market, it’s definitely a large departure from the older Cloud headsets’ rounder and smoother look.

Even the microphone on the Cloud Revolver has received a facelift with its more prominent and wholly plastic look instead of just the thin plastic boom and foam tip seen on its predecessors. It’s still removable and attaches using a 3.5mm connector but the rest of it looks completely different and is more in line with the rest of the Cloud Revolver’s new look. Lastly, while the Cloud II came with a USB control box that gave it 7.1 surround sound, the Cloud Revolver’s control box, aside from controlling volume and microphone mute, only splits the headset’s four-pole 3.5mm jack into two separate audio-in and mic jacks. 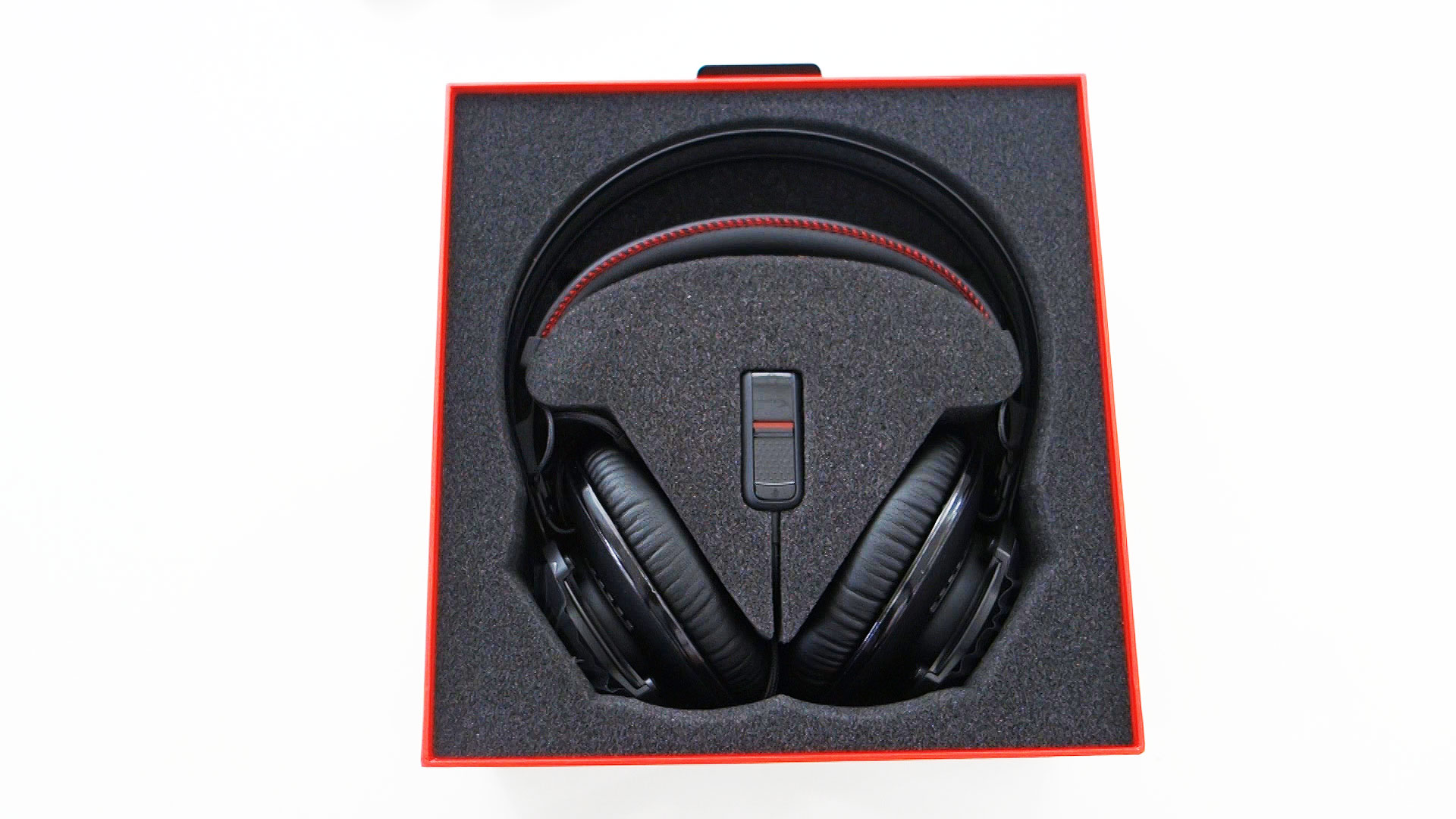 In spite of the design change, the Cloud Revolver is still as comfortable as its predecessors. The new self-adjusting headband design makes the headset easier to put on and, in spite of the steel suspension band, feels just as light as its older brothers. The more flexible swivel of the ear cups also help them sit on the side of your head more snugly. The ear pads still feature the same memory foam found on the previous Cloud headsets so they’re just as comfortable but the company decided to forego the memory foam on the Cloud Revolver’s leatherette band although the change didn’t affect the comfort of the headset much even after long hours of use.

HyperX has equipped the Cloud Revolver with 50mm neodymium drivers, smaller than the ones found on the Cloud II, and coupled them with the new headset’s closed back ear cup design. The sound signature of the Cloud Revolver is pretty balanced, not leaning towards either treble or bass, but it’s also quite versatile as it is able to handle equalizer adjustments pretty well, with the bass and treble becoming richer or deeper instead of just louder. The clarity is also incredibly impressive for a gaming headset, with great instrument separation and a wider soundstage than you would expect from a closed back headset. The noise isolation is also pretty good as it was able to block out most ambient or background sounds and noise.

Since the original Cloud headset, the one Achilles Heel of the series has always been its detachable microphone, the one weakness that made the previous Cloud series come short of being perfect. And it looks like HyperX still hasn’t dealt with this with the Cloud Revolver. While the quality is completely acceptable for in-game voice chat, which is what it’ll be used for the most. We wouldn’t recommend it for professional voice recording or serious VOIP calls as the sound quality tends to be tinny and the microphone picks up surrounding noise quite easily. We were hoping that the redesigned microphone also meant an improvement in quality but sadly, much like its predecessors, this is the one weak point of the Cloud Revolver. 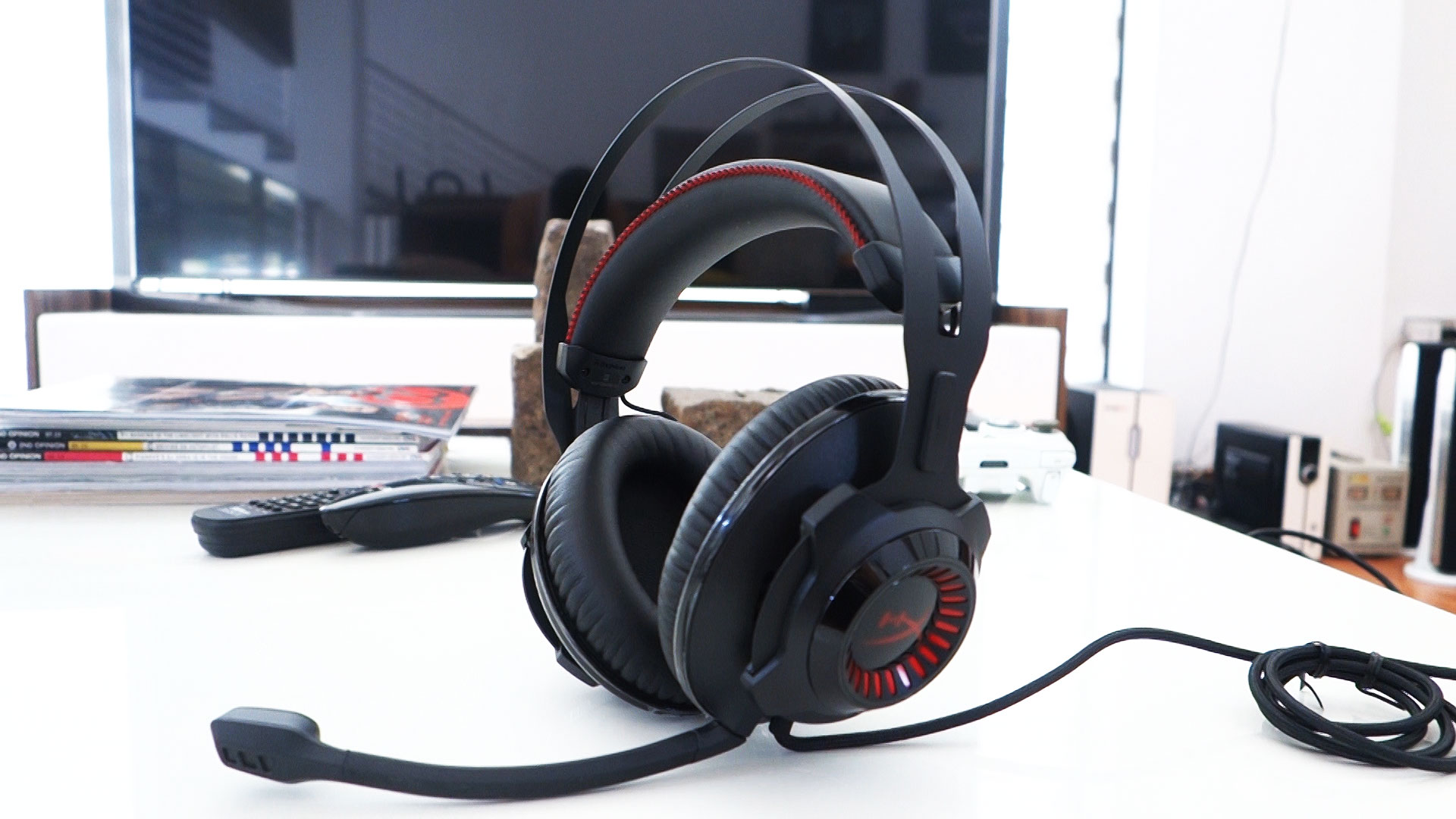 HyperX took a risk with the Cloud Revolver and it has paid off for them big time. The Cloud Revolver is a great headset that features a mixed bag of improvements and downgrades from its predecessors including an improved headband and ear cup design while losing built-in 7.1 surround sound but overall it still doesn’t fail to impress, especially in the sound department. While the Cloud Revolver is a tad more expensive than its predecessors when they were first released and it doesn’t come with the same inclusions like the extra ear pads and bag, it’s still a worthwhile purchase simply for its build and sound quality. The new headset definitely lives up to its name, making it a great addition to the Cloud series, and it’s slowly become our favorite wired gaming headset and one that we wouldn’t hesitate to recommend. So if the new look tickles your fancy and you’re looking for a quality headset for gaming then, just like its predecessors, you can’t go wrong with the Cloud Revolver.