HyperX, the gaming arm of Kingston, has been aggressively developing its line of gaming peripherals over the past three years or so, expanding from its previous roster of RAM sticks, solid-state drives, and USB flash drives. The company started out with gaming headsets and mousepads in 2014, the former of which has been extremely successful for them, then in the past year or so they’ve added gaming keyboards and mice to their ever-growing roster of peripherals. One of those new product is the Alloy FPS, the company’s first mechanical gaming keyboard. 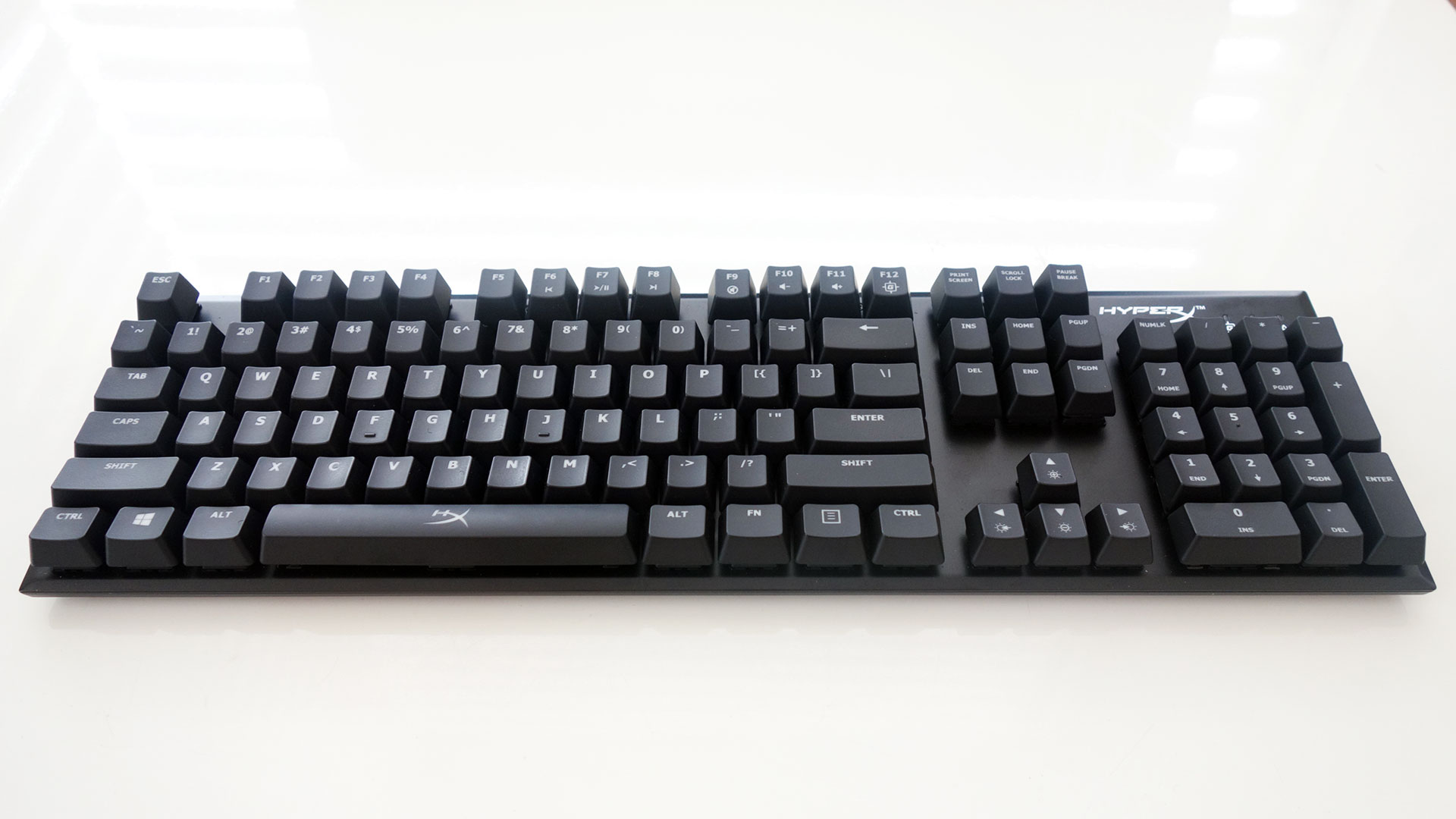 The Alloy FPS features the standard 104 keys with no extra keys or controls such as macro or media buttons except for a function button that replaced the right-hand side Windows button. The function button gives access to the keyboards extra functions such as the usual media controls, switching on gaming mode, and adjusting the keyboard’s lighting modes (which we’ll discuss later). Sadly, while the lack of additional buttons is passable as it helps make the keyboard more portable, there is no macro programming function to speak off which is something that’s expected from many gaming keyboards.

As with the rest of HyperX gaming peripherals, the Alloy FPS doesn’t require any software to use or program. All of its functions or features are accessed via the aforementioned function button.

The stock keycaps are made from ABS plastic with laser-etched symbols, one of the weaker but understandable aspects of the Alloy FPS. On the other hand, the keyboard also features a standard keycap layout including a standard bottom row making the keyboard compatible with the majority of third-party keycaps. The Alloy FPS does come with a keycap puller and additional metallic red keycaps for the WSAD and first four number keys. The exposed-backplate design of the Alloy FPS makes removing the keycaps a lot easier, which ostensibly also makes the keyboard easier to clean. 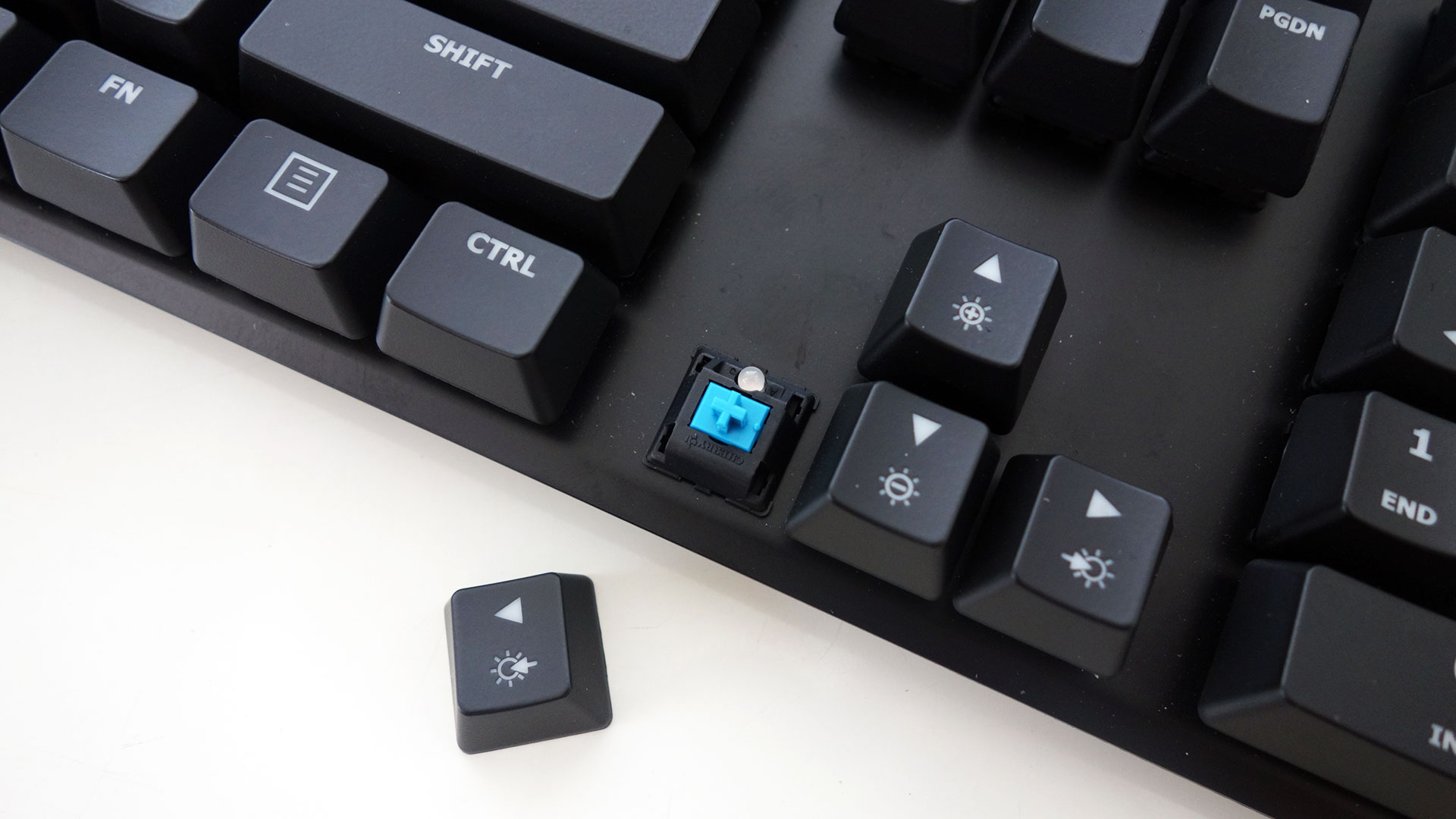 Under the keycaps are the Alloy FPS’s Cherry MX switches. Our review unit featured the Blue flavor of Cherry MX switch but the Alloy FPS also comes in Cherry MX Red and Brown variants. For the unfamiliar, the Blue Cherry MX switch features a clicky, tactile feedback which gives it both a physical bump and an audible “click” sound when pressed. As expected from a gaming keyboard, there’s also full n-key rollover as well as 100-percent anti-ghosting, when it comes to pressing multiple keys simultaneously or a large number of keys rapidly.

Beside the Cherry MX switches are the individual red LED lights. HyperX has decided to go with a single red color for its Alloy FPS keyboard to go with the company’s signature black and red color scheme. There are five lighting modes/effects – steady, breathing, single LED light up and fade on keypress, wave on keypress, wave, and a gaming mode – and five levels of brightness (including off). The rest of the lighting modes/effects are self-explanatory but the gaming mode lights up the WSAD keys, the first four number keys, the space bar, and the CTRL key. 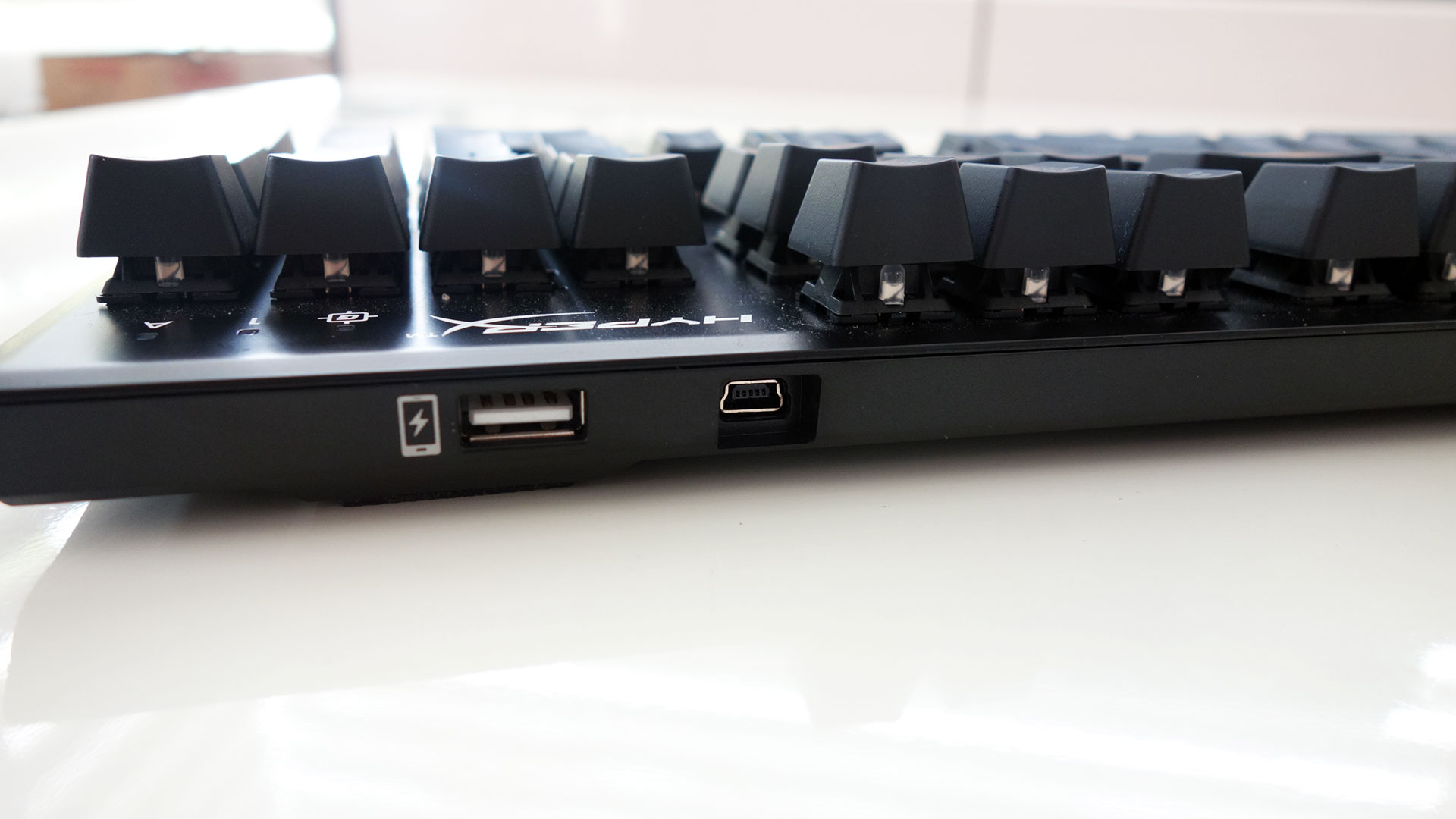 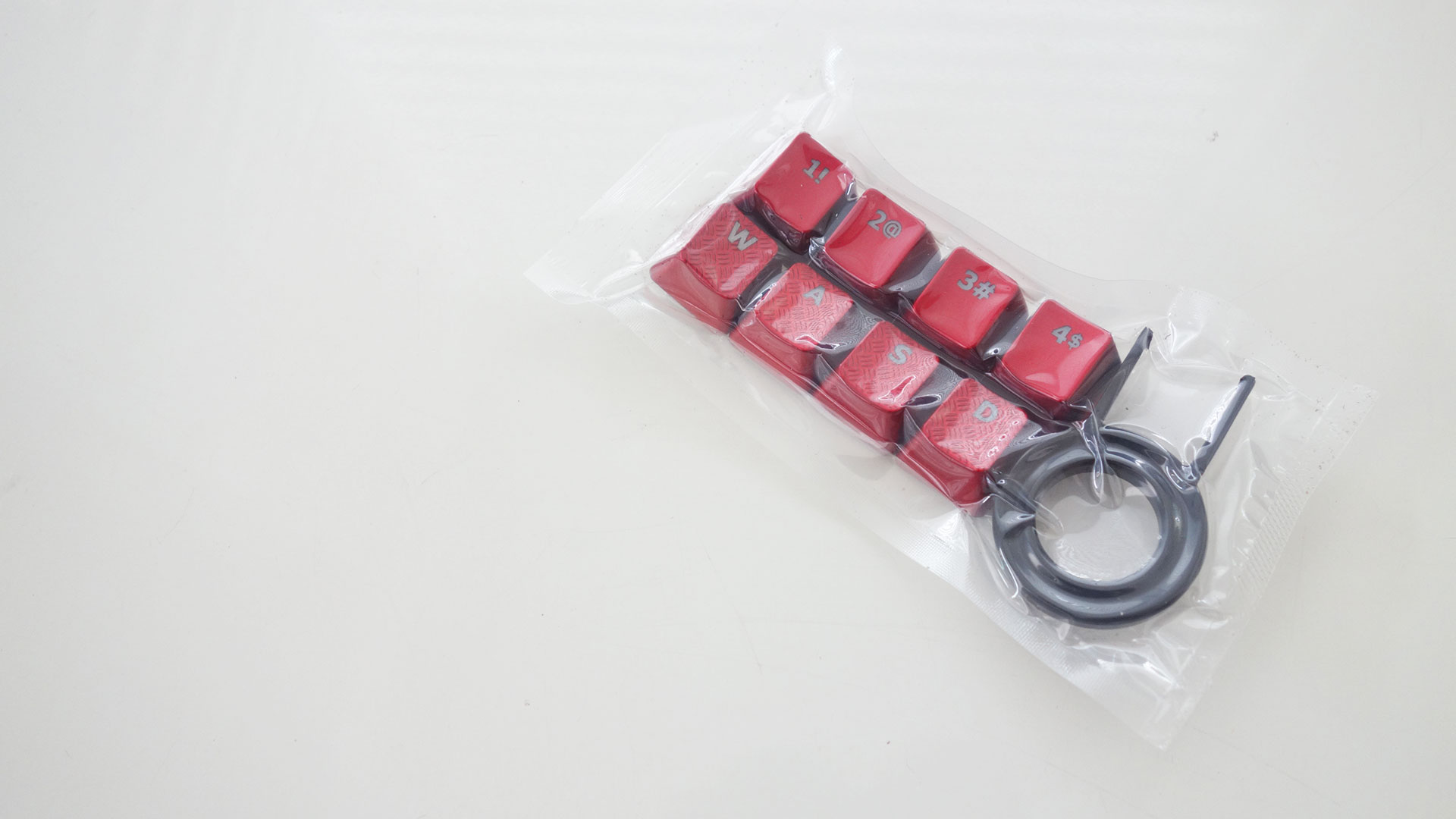 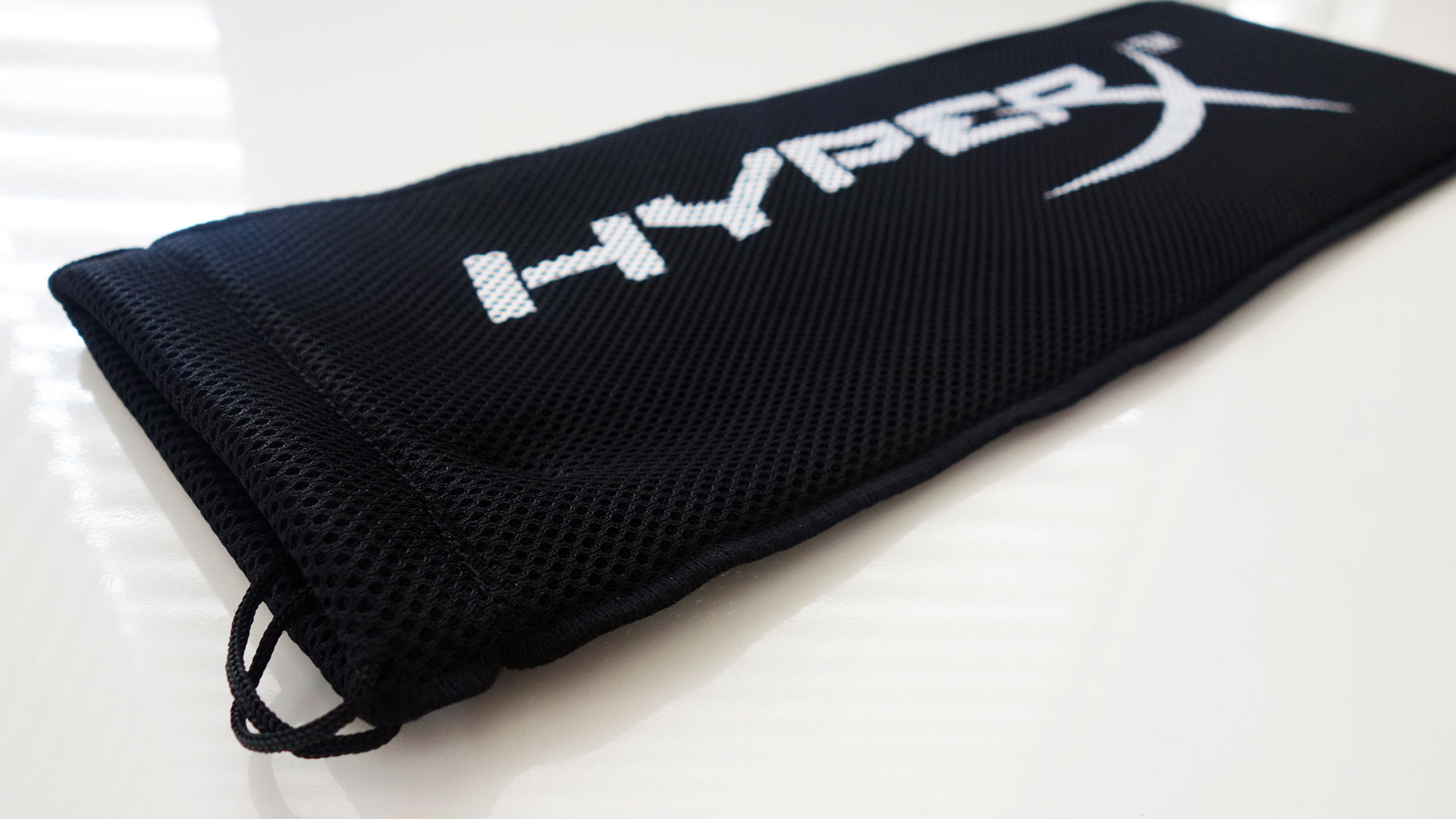 The Alloy FPS is also equipped with a USB port, although it sadly doesn’t support pass-through so it’s only usable for charging devices like smartphones instead of as a standard USB port. It also comes with a removable braided USB cable with one end terminating to two separate male Type-A plugs – one for the keyboard and one for the power of the keyboard’s extra USB port. Lastly, to complete its positioning as a portable mechanical gaming keyboard for professional gamers, the Alloy FPS comes with a keyboard bag that features some decent padding to protect the keyboard when its placed in a larger bag.

HyperX has made themselves known for releasing high-quality, high-performance products with great value and they’ve clearly done the same with their first foray into mechanical gaming keyboards. While the Alloy FPS initially launched with only a Cherry MX Blue variant, which ostensibly limited its audience, the company quickly remedied the situation with the subsequent release of its Cherry MX Red and Brown versions. The Alloy FPS now gives consumers the option for a no-frills but substantial mechanical gaming keyboard package with a variety of premium switch options, easy customizability, and great functionality at an amazingly affordable price of Php5,990.00. The Alloy FPS is great for anyone looking for a portable, compact mechanical gaming keyboard that strips away all the pageantry and focuses on function, quality, and value.