Developed by Alkemi, a small French independent studio, Drifting Lands has been in early access since early this year. But last June 5, after more than 3 years of work to make Drifting Lands as great a game as possible, it was fully released and now retails at the price of only Php489.95. If you like side scrolling 2D/3D shoot-em-up action with loots galore and a touch of RPG, you may want to consider adding Drifting Lands to your list of games to play.

The first impression I got of this game is the lack of appeal of the main menu. I thought it was another boring side-scrolling game where you just shoot bad guys and fly over them. But the game proved me wrong in many ways even if the game tends to be repetitive at times.

The Command Center is where you get to select missions and side missions, although every mission runs pretty much the same aside from the difficulty of each as you progress further. Before you start the game, you have two choices for difficulty – Normal and Forgiving Mode. While Normal Mode is fairly easy, Forgiving Mode is far from it. 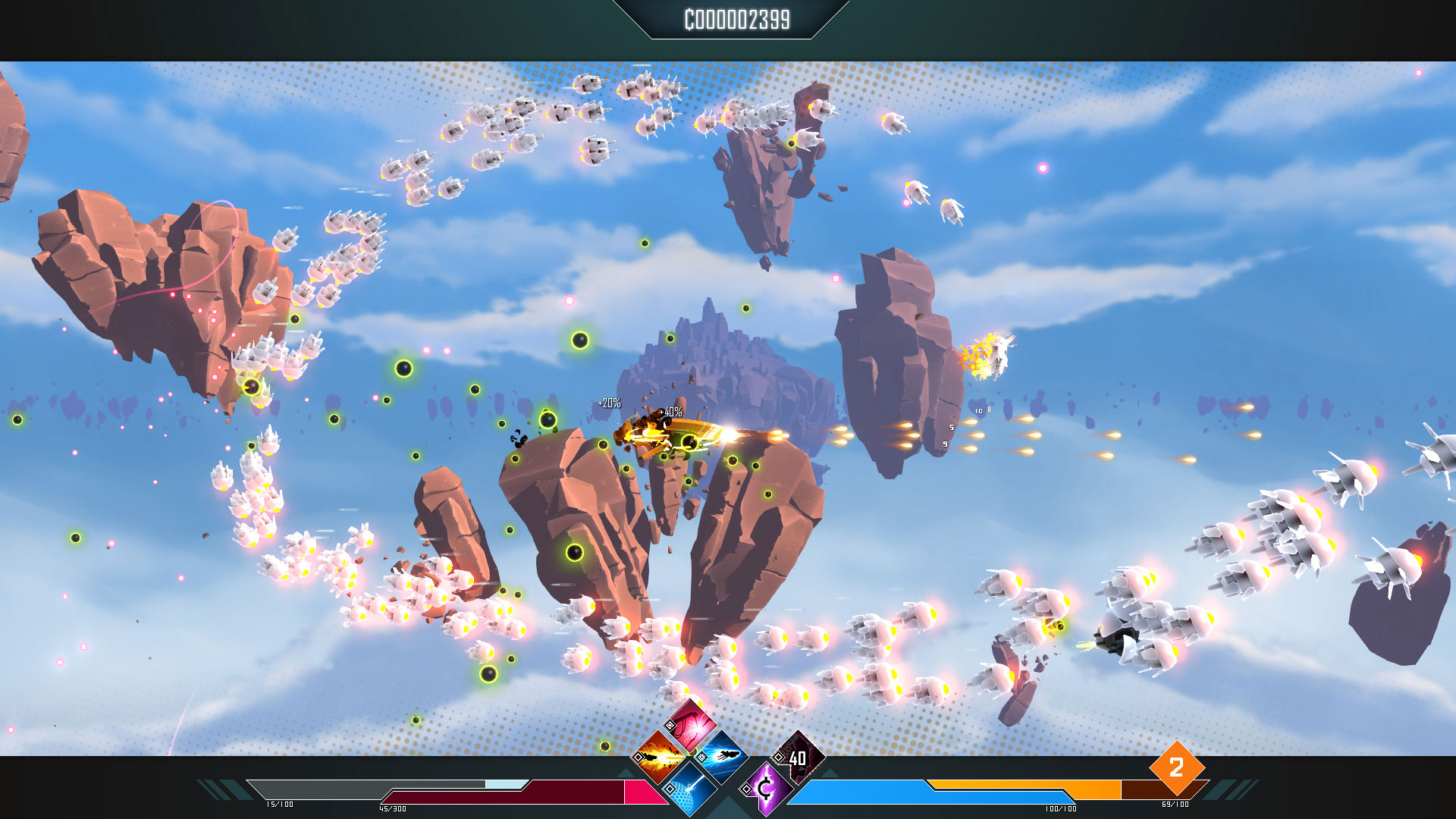 Before you take flight in Drifting Lands, you must first choose your ship from the three available optons –  Interceptor, Marauder, and Sentinel. The Interceptor is fast and dishes out damage fairly well but it has thin armor so you take more damage yourself. The Marauder is more balanced with its average speed, firepower, and armor. Then on the other end of the spectrum is the Sentinel, tougher than both the Interceptor and Marauder but moves slower and does the least damage.

You can also customize your ship in the Command Center with other weapons, armor, and shields. You can also rename your ship to something cool. Also, credits are earned during and after each mission that you can use to upgrade your stats and purchase new items to make your ship much stronger. There are also special abilities you can use to aid you on your missions.

The game is best played with a gamepad for easy navigation of the ship. I just wish they included the option to use the gamepad to navigate the main menu, accessing the ship profiles, and selecting your mission. If you don’t have a game pad, you can either use mouse for movement and keyboard for shooting or you can use keyboard alone for both. Button mappings are easy to understand and beginner-friendly as well. 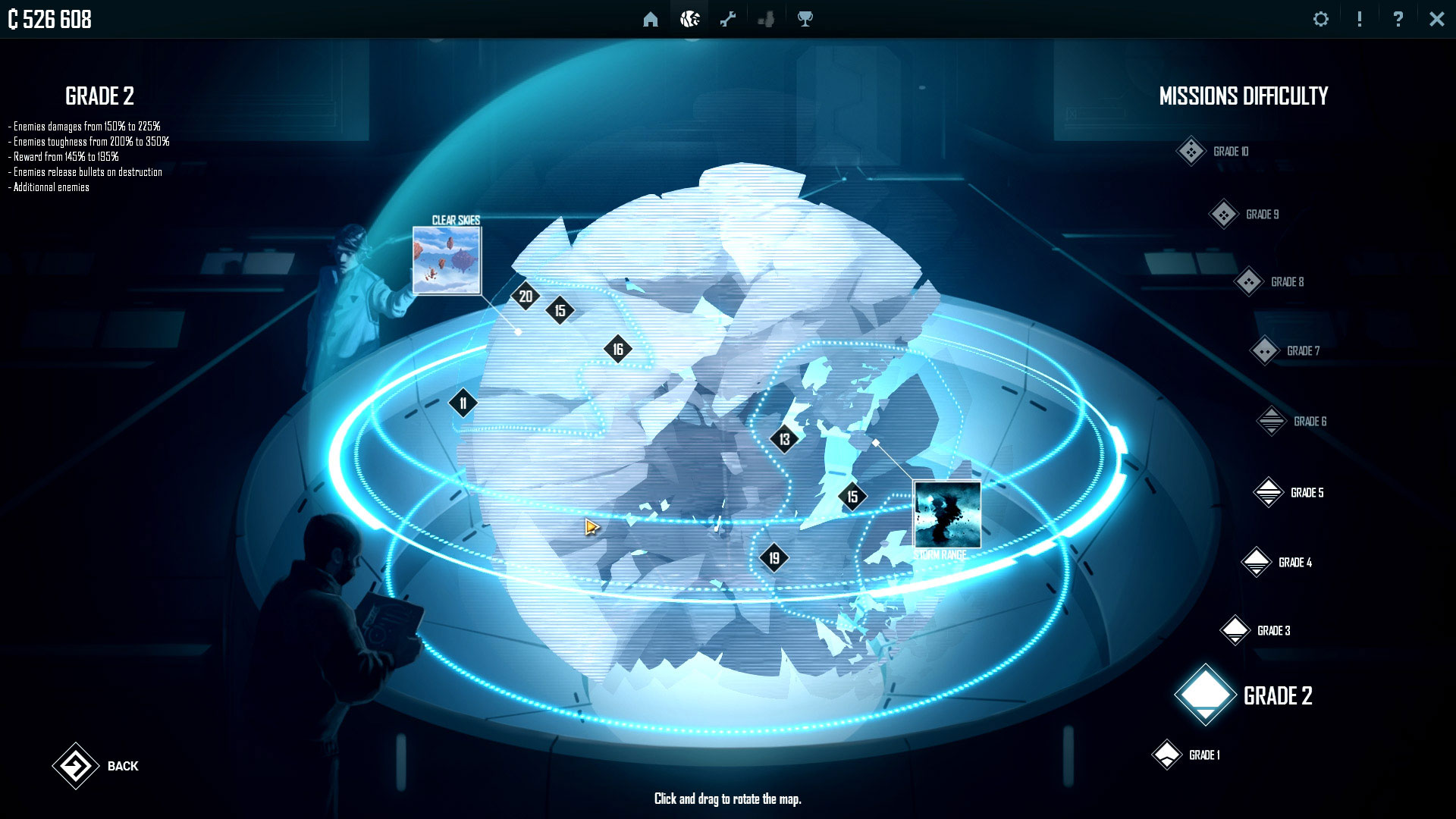 Before anything else, for those who use ultrawide displays, the game doesn’t fully support the 21:9 aspect ratio so black bars will be seen on both sides of the screen.

Drifting Lands is a system-friendly game. You can play this even on an entry-level laptop or desktop. The graphics are pretty good despite of its relatively small file size. Taken from Steam, below are the minimum and recommended system specs to run Drifting Lands:

With so many things happening on screen, you can’t help but admire how engaging all the elements are, from your ship down to the enemy ships’ bullets. It’s fun dodging all those obstacles and the effects from blasting them with your special abilities are superb. The mix of 2D and 3D visuals are balanced and make the game pleasing to the eyes. 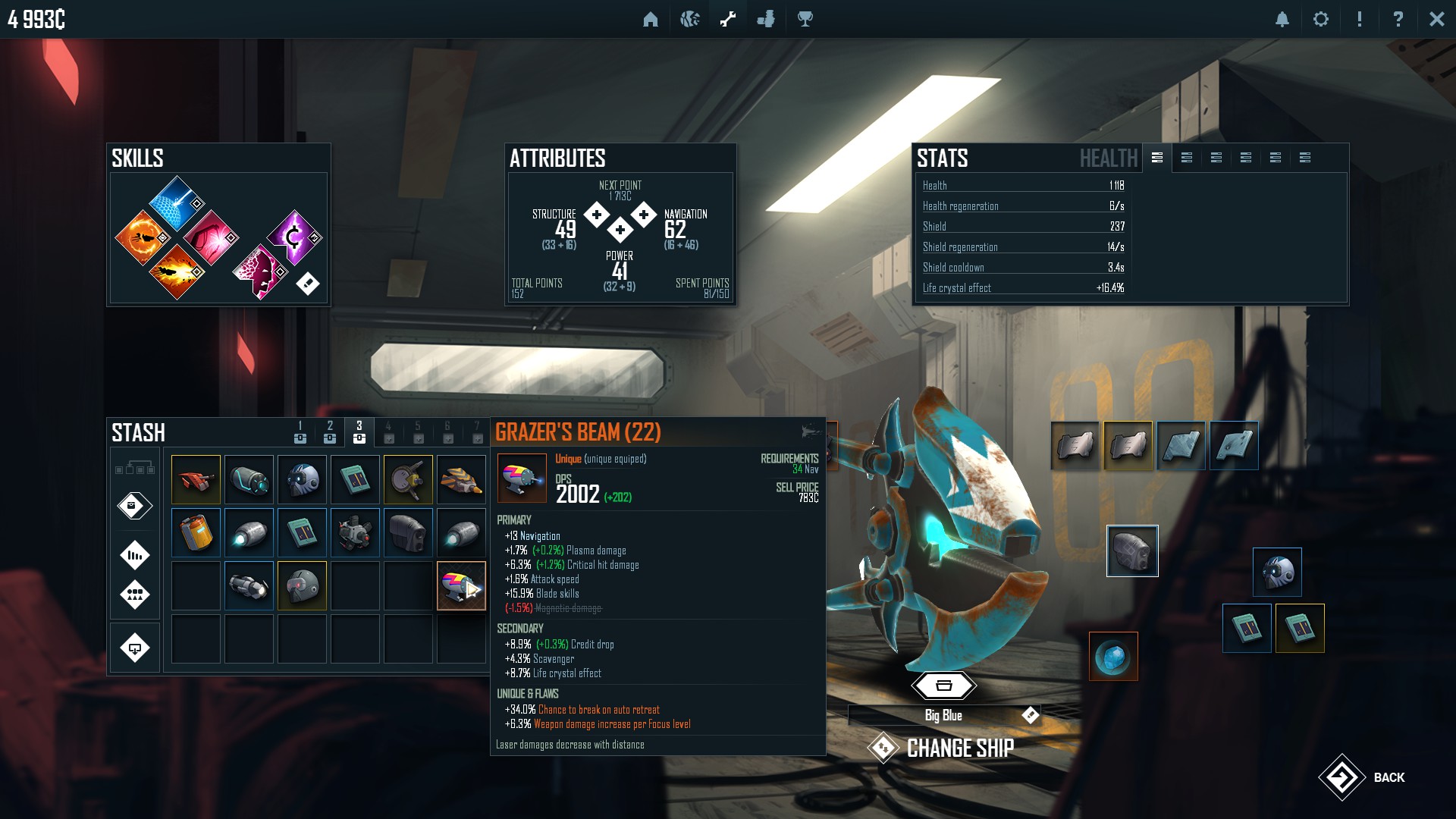 Drifting Lands is filled with fun and excitement whether you’re a fan of horizontal shoot-em-ups or not. Add to that the RPG-esque style of grinding to upgrade your ship by means of new weapons, armor, attributes, and other factors that can help you win your mission and make you play the game more. The controls are pretty basic and the game’s system requirements make it playable on even a budget system. The main menu could use a little more improvement to make the game more appealing right from the start but everything else looks just fine. The game is priced just right for only Php489.95 but you could always wait for a Steam sale.