The D-Link DWA-182, a Wireless AC1200 Dual Band USB adapter, is the first 802.11ac adapter to be released into the market. It enables computers to connect to 802.11ac wireless routers (including the D-Link DIR-850L which we also reviewed). D-Link lent us a unit for a few weeks for review and try out the new 802.11ac wireless standard.

The DWA-182 comes in 2 parts – the main body and the cover – which are both completely plastic but have a brushed metal look with some glossy and non-glossy trim. The D-Link logo, WPS button, and an indicator LED can be found on the “front” while a sticker with the serial number and other details are placed on the “back”. 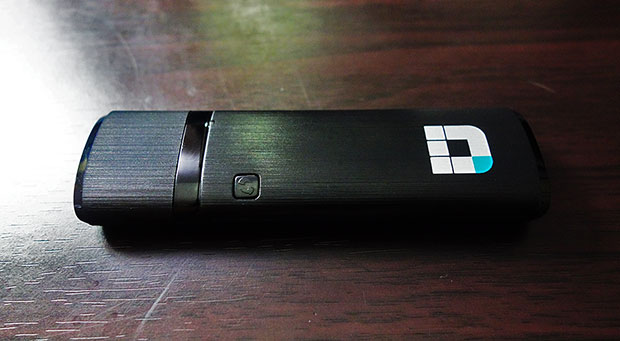 The DWA-182 is quite large measuring 3.8“x1.1”x0.5” (LWH) which may cause it to block the adjacent USB ports when plugged in but the DWA-182 comes with an extension cradle that may be used to avoid this issue as well as better position the adapter when needed.  Weighing 20.5 grams, the DWA-182 is pretty hefty and the plastic feels sturdy enough to not break or crack easily.

Features & Ease of Use

The DWA-182 is able to use both 2.4GHz and 5GHz bands and is backwards compatible with older wireless standards (A/B/G/N). It also supports WPA and WPA2 as well as 64 and 128-bit WEP. It also supports Wi-Fi Protected Setup (WPS). 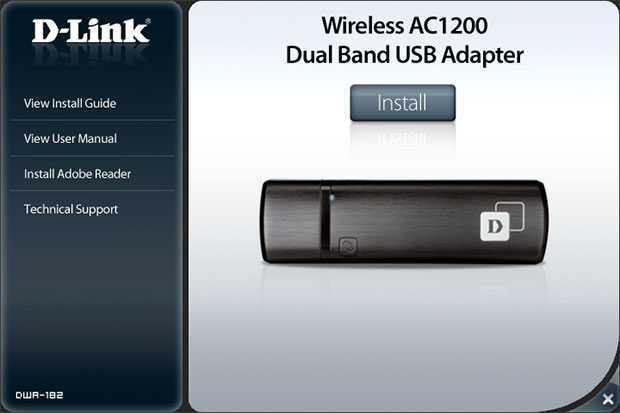 Installing and setting up the adapter is quite easy. While it isn’t 100% plug-and-play, the adapter does come with an installation CD which will help users not only install the drivers for the adapter but also help them connect to their wireless network.

Putting in the CD will run an Installation Wizard which will install the drivers for the DWA-182 and then prompt the user to choose whether to connect to the network via WPS, by manually providing the SSID and password, or by scanning the area for SSIDs and providing the password if needed. 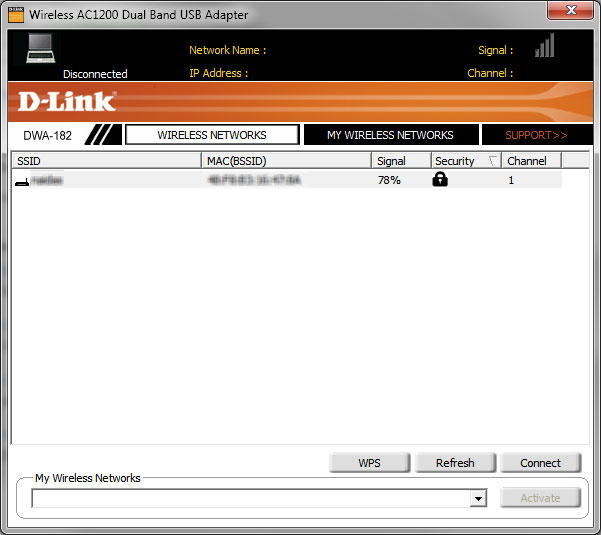 The CD will also install the D-Link Wireless Connection Manager which is meant to replace the Window’s built-in wireless manager. The utility displays the available wireless networks, their signal strength, the current channel the network is using, and its security status. It also displays your most used networks in the My Wireless Networks menu which makes it easier to connect to them.

I tested the DWA-182 with my old 802.11n router as well as D-Link’s DIR-850L to see its capabilities on the 2.4GHz and 5GHz bands. After setting up the connections, I checked my laptop’s Wireless Connection Status window to see the difference in connection speed. While the speed listed on the Wireless Connection Status window isn’t as accurate as a throughput test it does shows the potential speeds the connection is capable of handling. 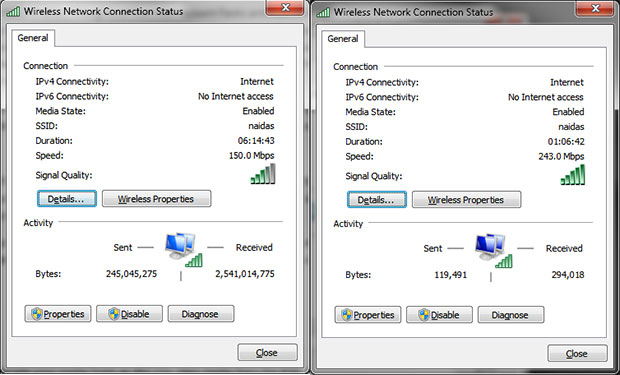 The speeds listed on the Wireless Connection Status for both the 2.4GHz and 5GHz show some interesting results. While the speed on the 2.4GHz band or 802.11n is a clear improvement against my old potential speed of 81mbps, the speed on the 5GHz or 802.11ac, while still fast, doesn’t even come close to the 1Gbit/sec speed the 802.11ac band is supposedly capable of reaching. The speed could be attributed to the 5GHz band’s shorter effective range and/or the DWA-182’s lower-spec’d AC1200 designation. While the 802.11n performance is impressive, the 802.11ac performance is a bit disappointing.

The D-Link DWA-182 has an SRP of Php 2,850.00 and we think it’s a fair price for a good all-around wireless adapter. If you’re still running an N-based network then you’re definitely going to get good to great performance from the DWA-182. The 802.11ac performance of the DWA-182, while still good and above our 802.11n speeds, was a bit disappointing due to it not coming close to the 1Gbit/sec supposed capability of 802.11ac. Overall, the DWA-182 is a solid choice if you’re looking for a new wireless adapter whether for your N or AC network.