Words that have forever burned themselves on my TV screen and retinas. You will see these three words many many times during your playthrough of Bloodborne. Are you the kind of gamer that thinks games today are too easy? Too much hand-holding? Boss fights not challenging enough even at the highest difficulty levels? Well then, Bloodborne is the game for you. 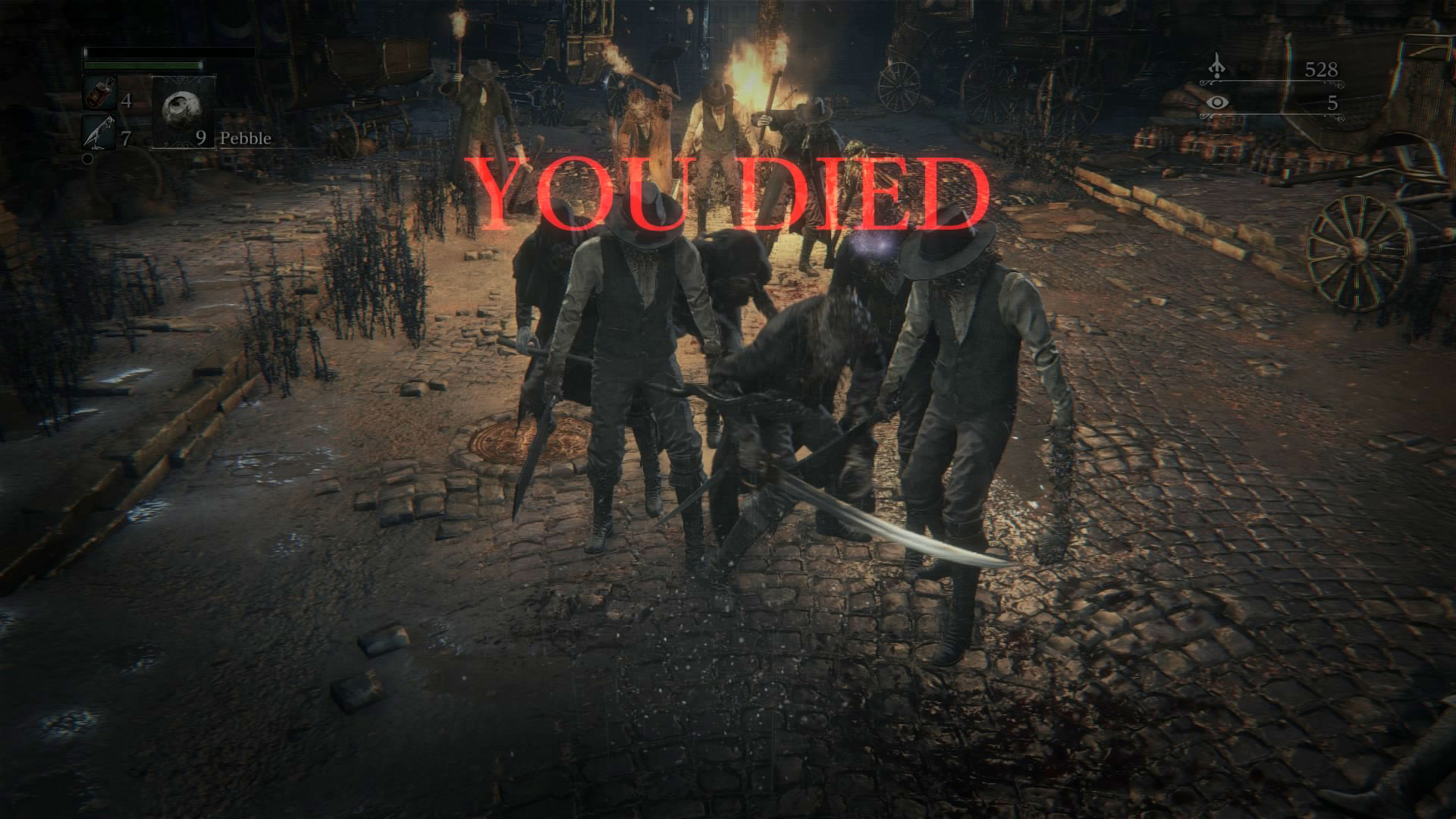 For the uninitiated, Bloodborne is the current-gen successor of the Demon Souls & Dark Souls games. All these games are notorious for their difficulty and frustrating moments. In most games, dying doesn’t really carry that much of a penalty aside from having to reload in your previous save point. Bloodborne takes that well known concept and turns it on its head, harkening back to the difficulty of old school games.

When you die in Bloodborne, you drop all your in game money called Blood Echoes, but all is not lost. Your blood Echoes will attach themselves to a nearby monster and defeating that monster returns all of it back to you. There is a catch however, if you die before retrieving your blood echoes, all of it will be lost in the abyss forever, leaving you to farm once more and hopefully not die again in the process. Additionally, dying or visiting the hub town to buy pots and equipment causes ALL creatures to respawn, except bosses, when you reload back into the world. 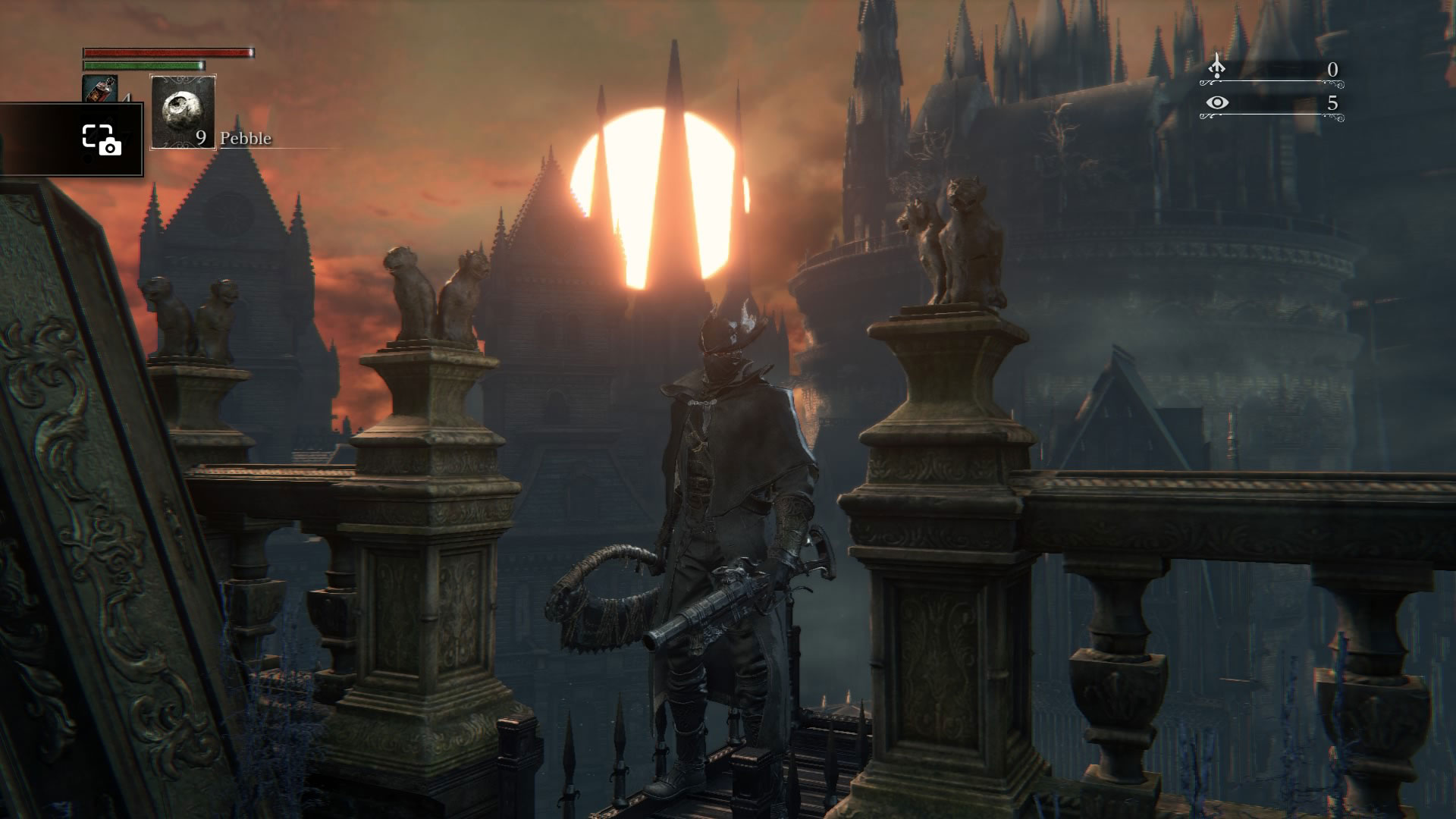 Bloodborne is a game of caution and quick reactions. Unlike the previous games, Bloodborne gives more emphasis on offense instead of defense. The combat has a much faster pace, there are no significant shields in the game and, in their place, you have an offhand projectile weapon like a blunderbuss or a pistol. This projectile weapon can interrupt and stun an enemy giving you a window to use a powerful sneak attack which most often times is a one hit kill on ordinary monsters. The game also rewards aggression unlike the previous games. When you get hit, you have a short window to steal back some of the life you lost by attacking the offending creature right after he hits you.

Story-wise, just like the other games, it’s very light and the narrative is quite weak. You start out in some kind of operating room with amnesia and the only forms of story are found in the rare piece of text found as collectibles and the occasional NPC conversation that don’t really flesh out the story of the world too much. But that’s not necessarily a point against the game itself however. The great emphasis on skill and reaction times gives this game a very old school feel. 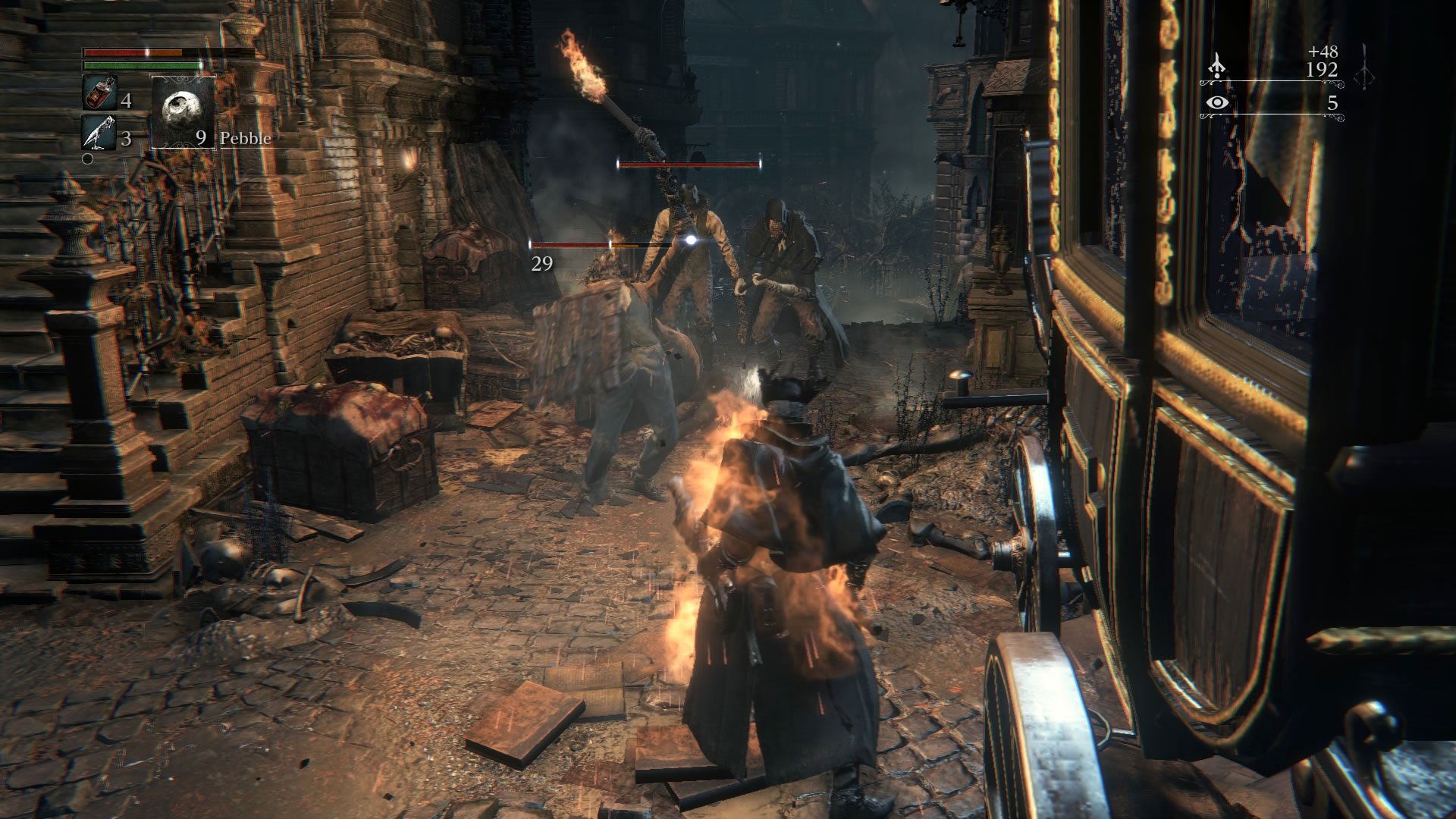 If you are someone who always has their PS4 online, you have the choice of playing the game “online”. If the concept of how difficult the game is already intrigues you, staying online gives it another layer of thrill. Playing online opens you to 2 things, Co-op and PvP. For co-op you can invite a friend, or be invited, to each other’s game and help one another defeat the boss monsters or even the procedurally generated dungeon called the Chalice Dungeon. For PvP, you can be invaded by another player at any time giving that extra level of challenge of having not only to fight off monsters but that pesky player who’s out to get your Blood Echoes.

Overall, Bloodborne is a great game. It looks great and it runs really well on the PS4, FPS drops are extremely rare. The game clocks in at around 30+ hours with a chance to easily double that with New Game+. As of the writing of this article, the developers have addressed complaints of extremely long load times with multiple patches and I can confirm that load times aren’t as problematic as they were at launch. If you are looking for a challenge and have never played any of the games in the franchise, Bloodborne is a must buy. Just remember not to chuck that controller at the screen when you see the words “You Have Died” and the boss is at 5% life.

(You can get your copy of Bloodborne from Lazada through this link – http://ho.lazada.com.ph/SHCzZR)