It’s been awhile since ASUS released a mousepad under their Strix line, with the Glide series coming out about four years ago, and lot has definitely changed with the line since then. The Strix has dropped its owl-inspired design and logo and now falls under the company’s Republic of Gamers brand as a line of products rather than its own sub-brand. The Strix design style has also significantly changed, from its previous black and orange color scheme to a multi-colored neon color scheme.

The ASUS ROG Strix Edge gaming mousepad is one of the company’s latest products under the Strix line. It’s a humongous mousepad that features the current Strix line-up’s design aesthetic and while many new gamer-centric mousepads released these days have featured RGB lighting or extended width layouts, such as the ROG Scabbard, the Strix Edge features a unconventional vertical layout, differentiating it from most of its competitors. 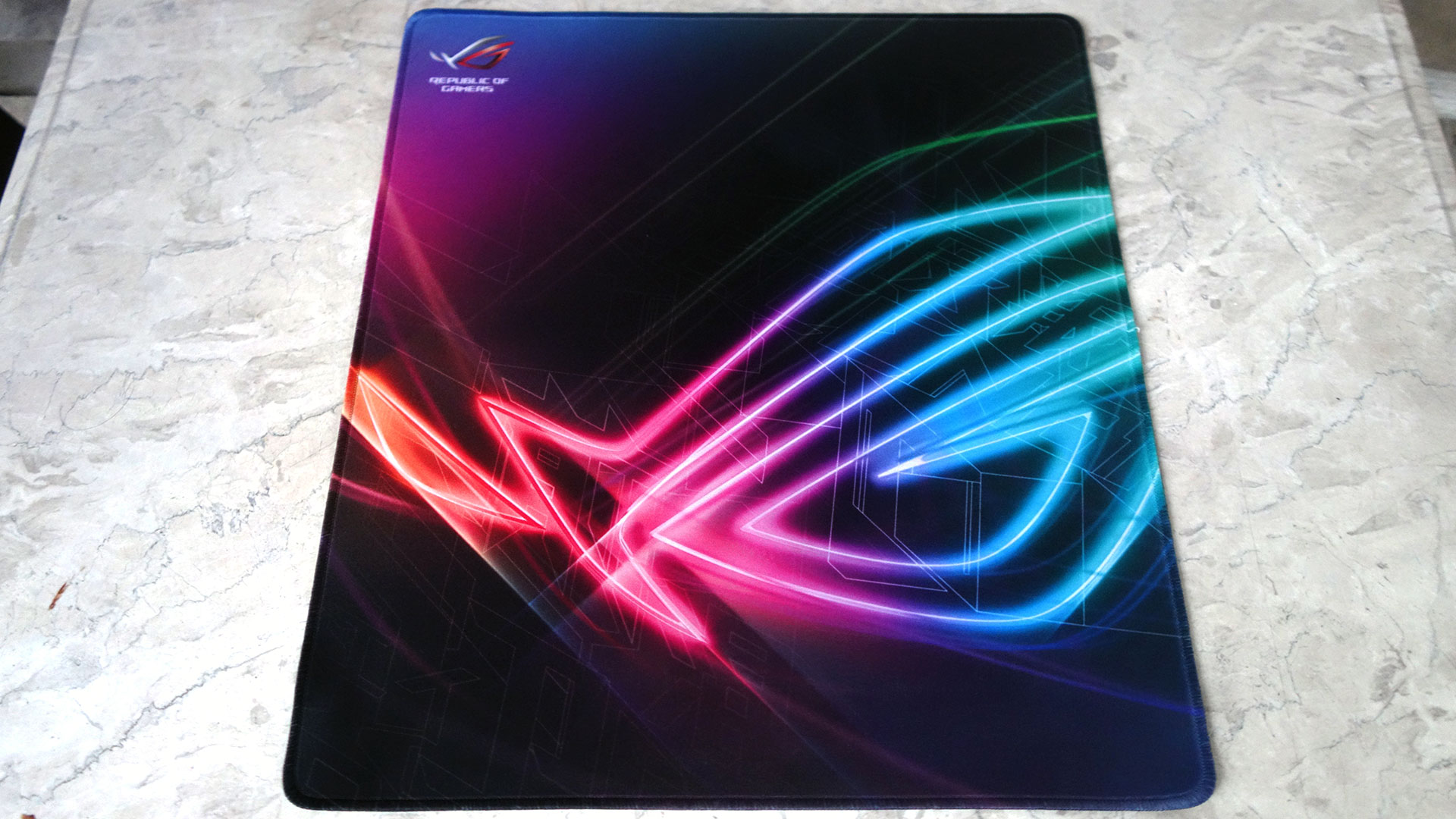 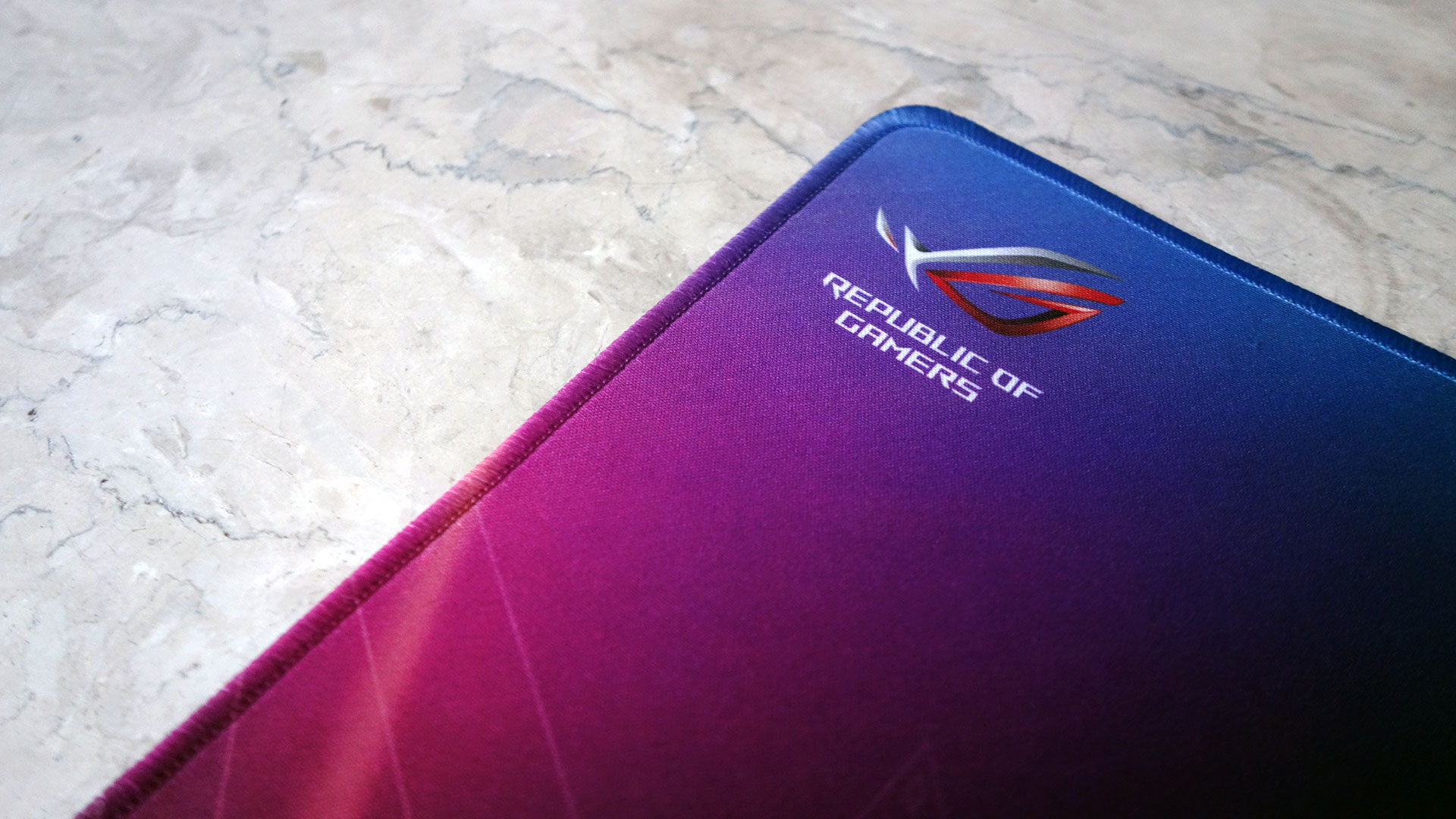 Just like the rest of the current Strix product line, the Strix Edge’s design showcases the line’s signature range of neon colors as well as its signature sharp lines and corners. While the base color of the mouse pad is black, the neon Republic of Gamers logo and its accompanying streaks of gradients and sharp white lines cover most of the mouse pad. The Republic of Gamers logo is also present on the top left corner of the mouse pad. While it definitely looks good, others might find the flashy design too much and hard to fit into their workstation’s theme.

The Strix Edge features a rather unusual shape, designed to be taller rather than wider. Most mouse pads are usually designed to be wider, with some that are large enough to support both the user’s mouse and keyboard. The Strix Edge, however, is meant to lay vertically on the user’s desk for users that like to place their entire forearm on their desks. The mousepad can also be draped over the edge of the desk to protect the user’s arm from the sharp edges or corners of their desk while still providing adequate space for the mouse to move. 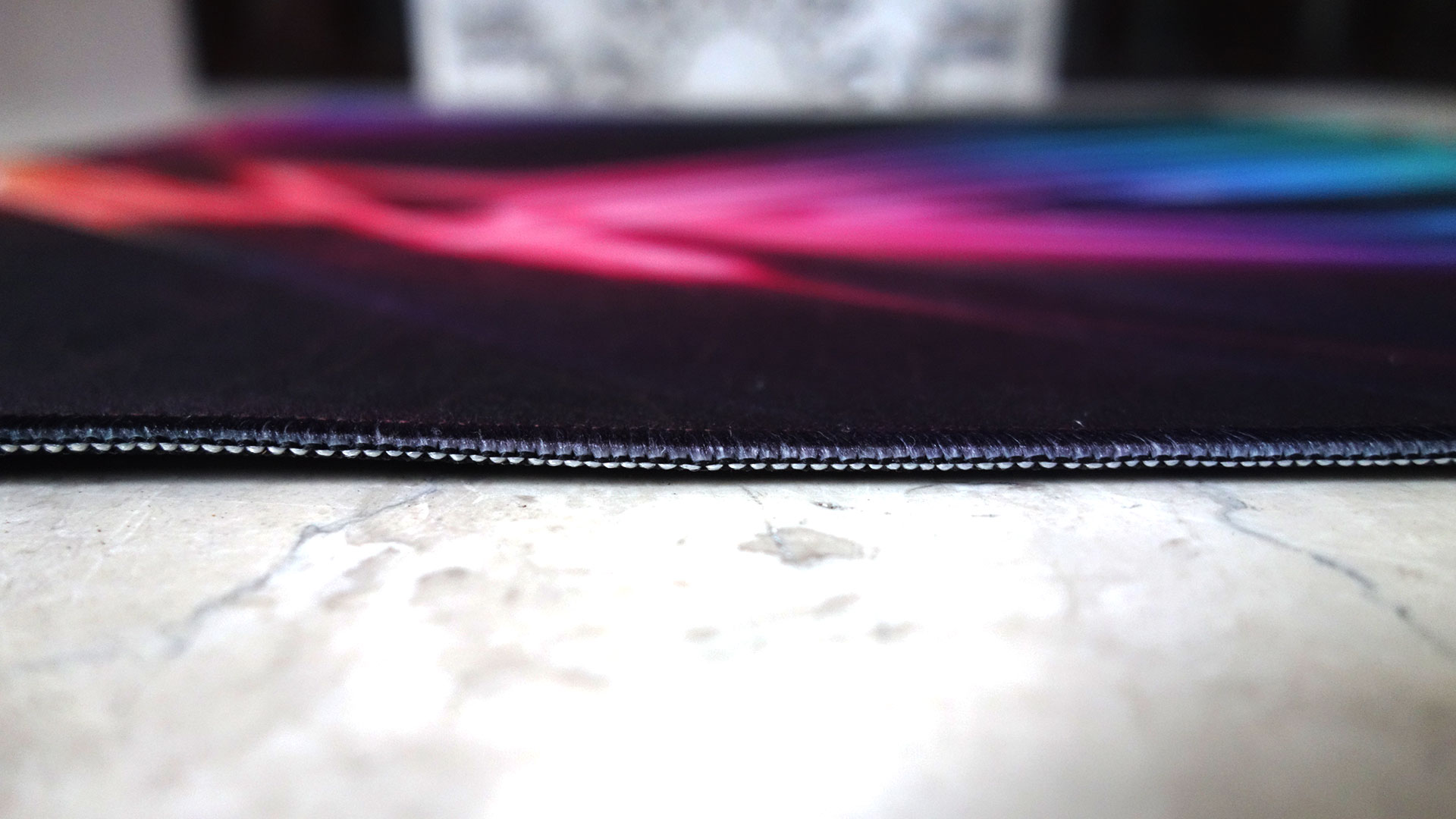 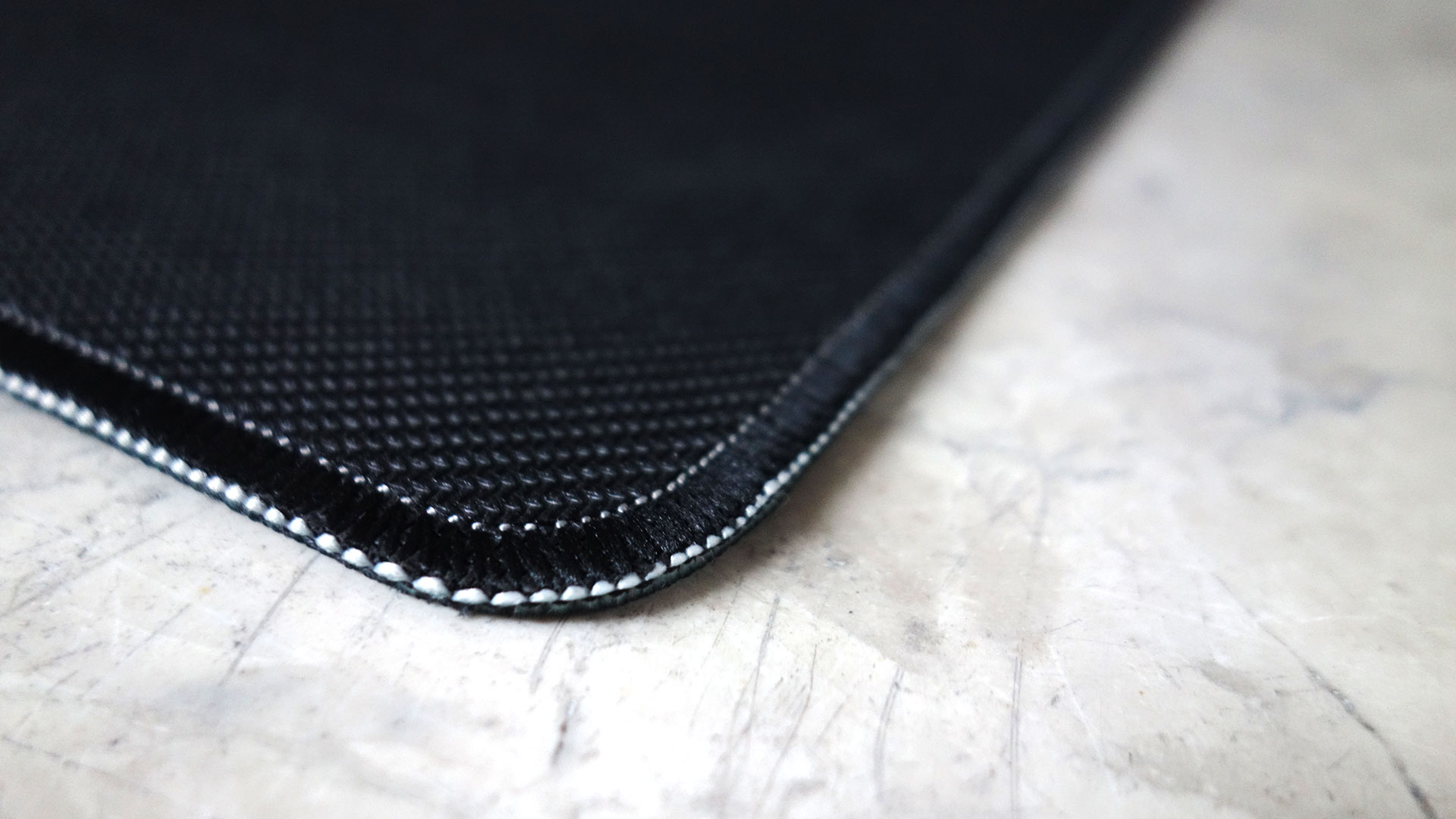 In spite of its vertical design, the Strix Edge is still more than wide enough for most users, measuring 400mm wide and 450mm tall, even for those who use very low mouse sensitivity/DPI settings. It’s also only 2mm thick, which doesn’t raise the mouse too high above desk level while still providing adequate padding for comfortable use. The textile-weave surface of the Strix Edge is rather smooth with only a bit of friction. This allows mice to glide quickly and smoothly on it, making quick mouse swipes a lot easier to execute.

Overall, the ASUS ROG Strix Edge is a great mousepad that sits in a rather particular position in the market due to its vertical layout. In spite of its SRP of PHP 1,590, which is a bit pricey for a soft mousepad of its size, its unconventional design leaves it with very little competition in the market. And when coupled with its striking aesthetic and the impressive quality of its construction, the Strix Edge’s higher price tag is well worth it. Those looking for a vertical mousepad and have the desk space to support it definitely won’t be disappointed with the ROG Strix Edge.