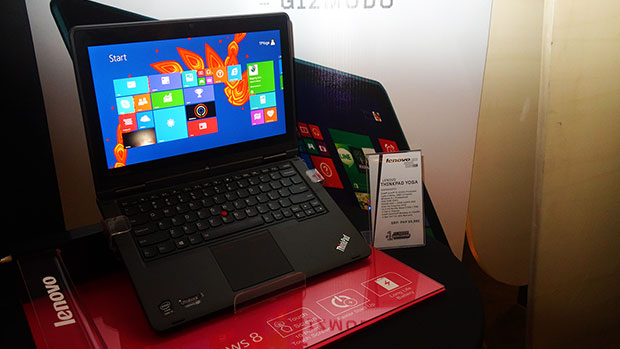 Lenovo has brought their award-winning Yoga design to their Thinkpad line with the Lenovo Thinkpad Yoga. The new convertible laptop has all the elements of a Thinkpad including the premium keyboard, build quality, and TrackPoint, and combines all that with the multi-mode design of the Yoga.

The Thinkpad Yoga’s casing is made from a magnesium alloy and the 12.5-inch screen features a Full HD IPS display with either Corning Gorilla Glass protection or Wacom Digitizer Pen support. It also features a TrackPoint and 5-button glass click/trackpad and weighs only 1.8kg and is less than 19mm thick.

Along with the premium Thinkpad keyboard (with optional backlighting), Lenovo has also installed a patented Lift ‘n’ Lock mechanism that, during tablet mode, hides and locks the keyboard keys inside the laptop body for both protection and easier handling. 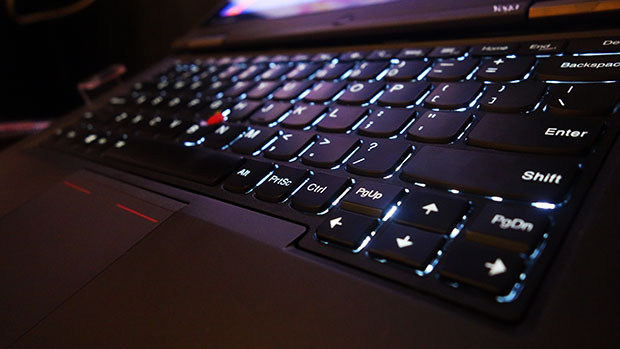 The Thinkpad Yoga is powered by a 4th generation Intel Core Processor (up to a Core i7), up to 8GB of DDR3L RAM, and runs on Windows 8.1 with the option to upgrade to Windows 8.1 or downgrade to Windows 7. Storage options range from a 128GB SSD to a 1TB HDD. Near Field Communication (NFC) capability is also an optional feature on the Thinkpad Yoga.

The Thinkpad Yoga has two USB 3.0 ports, an audio/mic combo port, a mini HDMI port, 4-in-1 card reader, Lenovo OneLink Dock compatibility, and an estimated battery life of up to 8 hours. 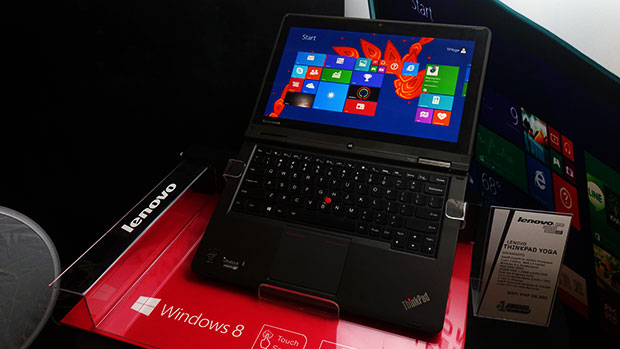