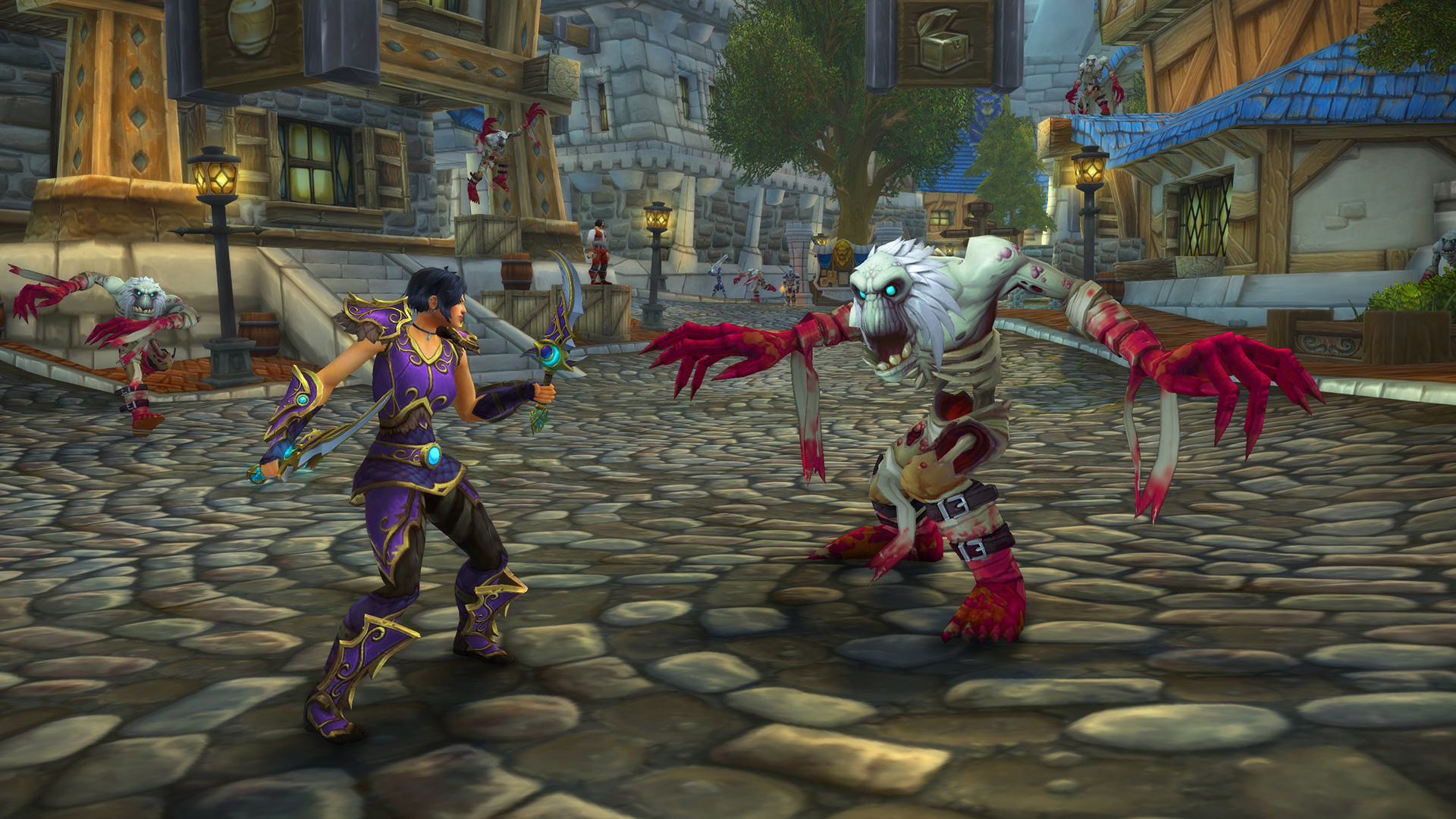 World of Warcraft: Shadowlands is only a couple of weeks away from release and Blizzard has just launched the Scourge Invasion pre-expansion event, which will be live until the release of the new expansion on November 24, 2020.

The Scourge Invasion pre-expansion event introduces a lot of activities for players to experience before the launch of Shadowlands, including the new Death Rising questline, new daily quests, new world bosses and rare spawns in Icecrown, and new gear from the currency earned from each of the activities.

The Scourge are also invading the capital cities of Stormwind and Orgrimmar and turning players into zombies. Zombified players can attack other players and won’t be able to communicate with anyone apart from other zombies. Players will be able to rid themselves of the infection by either visiting an Argent Healer or using the Zombie Explosion ability.

More information on the Scourge Invasion pre-expansion event can be found on the official World of Warcraft website. World of Warcraft: Shadowlands is scheduled to launch on November 24, 2020.