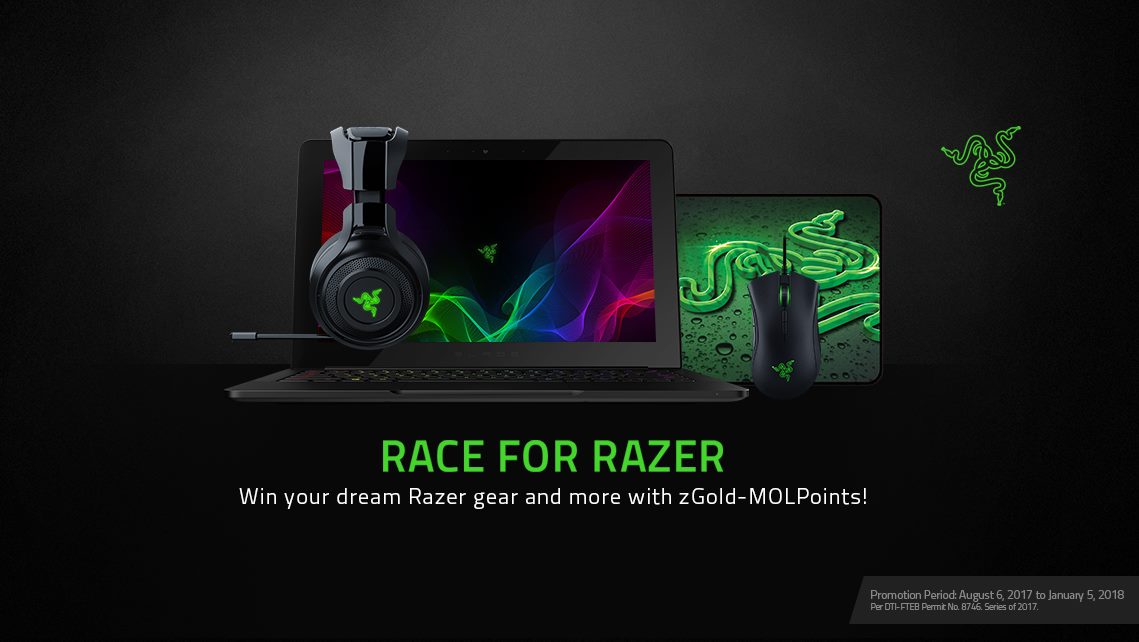 Those who want to enter the promotion, which runs from August 6, 2017, to January 5, 2018, just need to purchase Php100.00 worth of zGold-MOLPoints from any Load Central retailer partners to earn one (1) raffle point which will go to both the current monthly draw and the grand draw.

Those who’ve purchased zGold-MOLPoints will need to complete a one-time registration at this link (register here) to validate their entries. 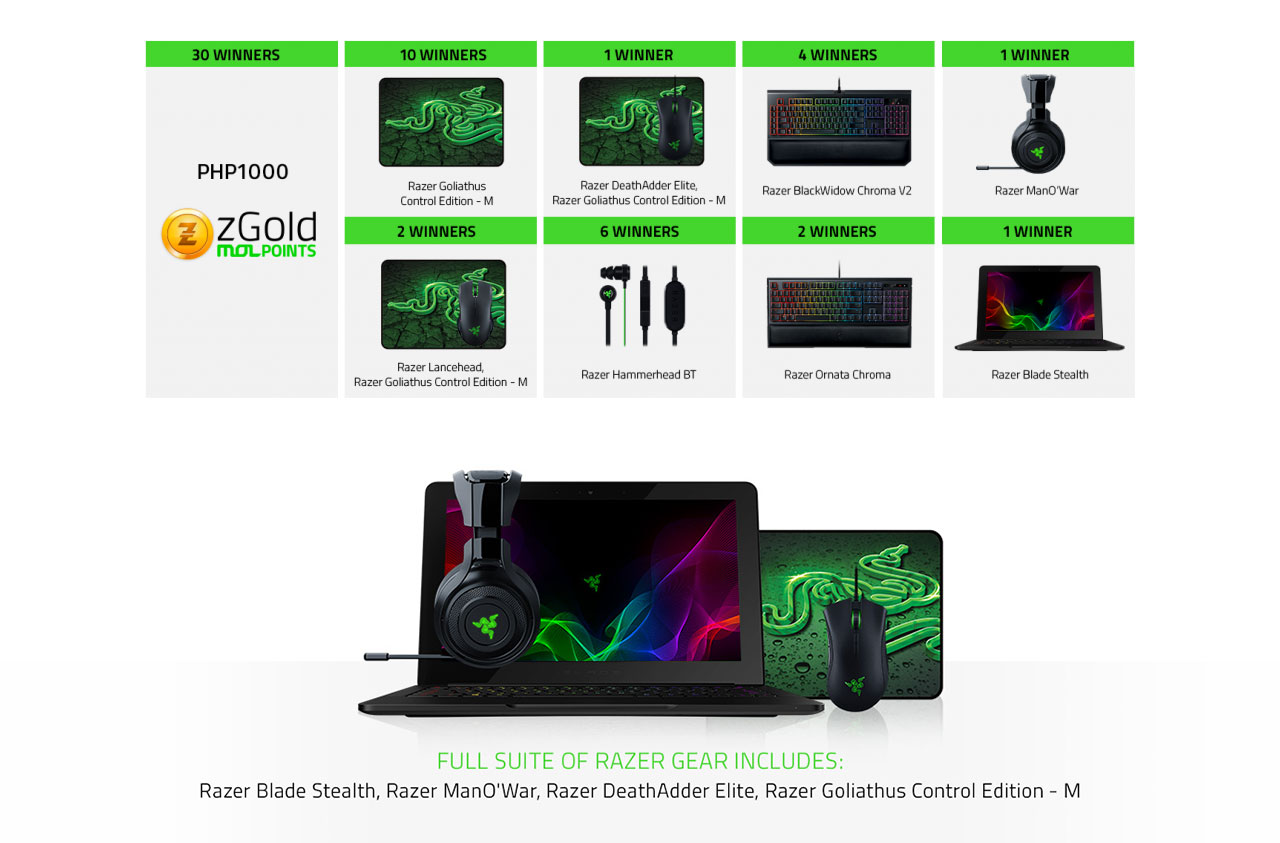 There will be fifty (50) winners of 100 zGold-MOLPoints during the monthly draw, fifty-seven (57) winners of minor and major prizes during the grand draw, and one (1) winner of a full suite of Razer gear during the special draw.

The prize breakdown for the grand draw are as follows:

Finally, here are the prizes for the one (1) winner of the special draw:

Both the grand draw and the special draw will be held on January 12, 2018. More information on the promotion including the terms & conditions can be found on the official promotion page.